Putting the ‘Giggle Factor’ to Rest

Can we overcome our preconceptions about extraterrestrial life? Kathleen Toerpe thinks the answer is yes, for we’re moving from the era of ill-informed jokes about ‘little green men’ to a widening appreciation of our place in the cosmos. Dr. Toerpe is the Deputy CEO for Programs and Special Projects at the Astrosociology Research Institute and editor of The Journal of Astrosociology. She also serves as a NASA/JPL Solar System Ambassador, one whose educational efforts on behalf of space exploration have revealed that the younger generation is familiar with and inspired by the subject, a fact that gives this essay its welcome patina of optimism. The recent hearings on SETI in the U.S. House of Representatives show that, for some at least, old attitudes die hard, but ongoing research into astrobiology and SETI is likely to make the ‘giggle factor’ seem positively prehistoric within our lifetimes. 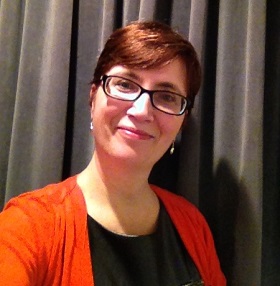 Flip through any newsfeed these days, and it seems that humanity is experiencing an extraterrestrial renaissance. No, I’m not talking about the reboot of the Star Wars franchise, though that reawakening has been long overdue. Rather, I’m referring to the deservedly serious discourse in both the popular and scientific press over the search for extraterrestrial life (henceforth, shortened to “ET” – with both apologies and credit to Mr. Spielberg).

On May 22, 2014, NASA released a free downloadable eBook edited by SETI social scientist, Douglas A. Vakoch, titled Archaeology, Anthropology, and Interstellar Communication. This fascinating book (which consumed much of my attention the recent Memorial Day weekend) examines the multilayered and interdisciplinary approaches that social scientists employ to anticipate how we might communicate with intelligent beings from another planet. Hearkening to analogs in Mayan hieroglyphs, music theory, Neanderthal research, and decoding extinct Earth languages (among several other fascinating analogs), this compilation of conference presentations teases out the seemingly intractable challenges of decoding and interpreting a message sent from ET and the possibilities of composing our own message in response.

A day earlier, on May 21, 2014, Seth Shostak and Dan Werthimer, two of SETI’s most eminent radio astronomers, testified before the House Committee on Science, Space, and Technology about “Astrobiology and the Search for Life in the Universe.” The hearings focused on the progress made by radio and optical astronomy in detecting extraterrestrial life in the universe, and followed a similar hearing in December of 2013 that focused on the search for alien microbial life. Both Shostak’s and Werthimer’s prepared remarks thoroughly updated the House Committee on the rationales for the search, the search modalities, and the successes, challenges, and future direction of SETI investigations: atmospheric investigations into exoplanetary biochemical signatures, optical SETI recording intermittent pulses of light, panchromatic searches canvassing even broader swaths of the electromagnetic spectrum, even eavesdropping on our exoplanet neighbors for inadvertent signal leaks.

Serious science all around. But a final question, posed by the hearing’s Charter, asked the scientists to speak to the “public interest in the topic.” While Werthimer’s written testimony offered examples of SETI-inspired poetry and citizen science projects (the latter not surprising since the solidly popular and successful SETI@home project is headed out of Werthimer’s UC-Berkeley office), Shostak revealed the five-hundred-pound gorilla lurking in the background. This particular gorilla is commonly known as the “Giggle Factor.”

It is the immediate response many people have when the subject of ET and aliens arise. That under-the-breath chortle, that second look as if to say, “You’re really serious about this?” Psychologist and astrosociologist Albert Harrison analyzed it in his 2005 paper, “Overcoming the Image of Little Green Men: Astrosociology and SETI” and warned especially early-career SETI researchers to “be prepared . . . to risk ridicule . . . and public censure.” It was this same attitude that unfortunately earned SETI research that infamous 1979 “Golden Fleece Award” from former Wisconsin Senator William Proxmire. (Proxmire later recanted, but the damage to SETI’s reputation was done.) I suspect that every serious SETI researcher from the earliest pioneers to today’s practitioners has faced their peers’ and even their audience’s giggles. But I’m going to echo Shostak’s optimistic prediction to the House committee on the imminent discovery of ET life, and likewise guess that the Giggle Factor “is going to change within everyone’s lifetime in this room.”

What gives me the confidence to predict the demise of the Giggle Factor?

One of the many “hats” I wear is as a volunteer NASA/JPL Solar System Ambassador. That is an auspicious-sounding way of saying that I present programs on space research and exploration to anyone in my community who wants to listen to me. Schools, scout troops and packs, senior centers, college classes, library programs, astronomy groups, radio interviews, church luncheons are all some of the places where I and my fellow Ambassadors carry the message of outer space to the public. And I’ve heard my share of giggles when I discuss Kepler exoplanetary discoveries, the Mars Curiosity Rover, and astrobiology research. But here’s the thing: the little kids aren’t laughing. Not a giggle. They wiggle and squirm, they want to play with the beach ball-like planets I bring with me, and they always want to know how much longer until snack time—but they don’t giggle. Not a chortle. Not a guffaw. Instead, there are a lot of wide eyes and dropping jaws when I describe the enormity of space and the possibilities of extraterrestrial life.

In a program I created called “Hello Out There!” we cover the science on Kepler and Curiosity and the Voyager probes, then the kids do their favorite part: composing their own messages on a cardboard “Golden Record” that they take home to share with their families. If Doug Vakoch would like to know what the scientists of tomorrow are most interested in telling ET about, it is . . . drum roll . . . their pets! In my informal review of the times I’ve presented this program (and I’m doing it with another 200 or so children this summer!) children want to tell ET about their pets, their siblings, their parents, and their favorite foods. Perhaps not quite the esoteric mathematical or chemical equations many active-SETI or messaging groups discuss sending, but it hearkens back to the more intimate and simply human messaging of the real-life Voyager recordings.

In his analysis on applying the techniques of archaeology to SETI, archaeologist and NASA e-book contributor Paul Watson concluded that we might be trapping ourselves in an “intellectual context” – our inability to overcome our preconceptions about alien life. Perhaps this is where an analysis of the Giggle Factor best finds its final resting place—as a cultural preconception. Even some of the House committee members couldn’t resist the urge to cast SETI in what Shostak earlier in the hearing had referred to as a “punchline.” House members’ questions about Ancient Aliens, Project Blue Book and UFO visitations, and whether or not ET likes the Beatles songs we’ve been sending out in space all seemed sadly discordant with the official formalities of a Congressional committee hearing. The Giggle Factor dies hard for us adults.

Committee Chairman Lamar Smith’s (Texas) comment that “finding other sentient life in the universe would be the most significant discovery in human history” is no melodramatic hyperbole. The sheer discovery of even microbial life will be far-reaching, especially if it provides confirmatory evidence of an independent DNA structure. It is even more difficult to exaggerate the human impact of the discovery of intelligent extraterrestrial life, though as astrosociologists, I and my colleagues try hard to imagine and anticipate it. It would, in Shostak’s words, “calibrate our place in the intellectual universe.” Even finding nothing will be worth the search, since it would reaffirm, according to Werthimer, that “life on this planet . . . is very precious.” Indeed it is, whether or not we ever hear from ET! 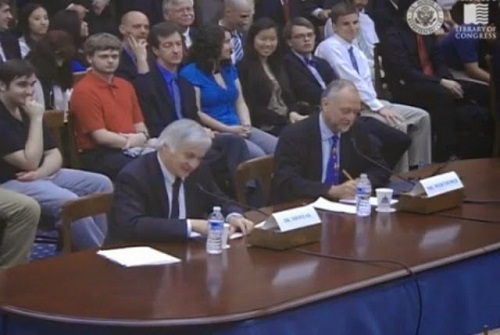 Image: Meeting of the House Committee on Science, Space, and Technology about “Astrobiology and the Search for Life in the Universe.” Credit: Library of Congress.

There is serious work to be done to prepare for the likely detection of extraterrestrial life—by both scientists and social scientists alike. Computing power needs to be enhanced to deal with the massive volume of data being acquired; more sensitive land and sky-based instruments are needed to listen and peek in on the cosmos; media protocols to govern public disclosure of a putative signal detection need to be reviewed, revised and updated; public policy regarding ownership of and access to extraterrestrial microbial samples needs to be negotiated; and — my personal research field — more analysis is needed into the readiness of Earth societies and institutions to assimilate the likely knowledge that we are not alone. And this just scratches the surface of our SETI to-do list!

Once exiled to the fringes of legitimate scientific inquiry by the Giggle Factor, the search for extraterrestrial life has gained new momentum, focus, and funding as the search broadens to encompass the search for microbial, in addition to intelligent, life. In the end, it may be the children who lead the way into a new future for SETI. In his opening statement, Committee Chair Smith reminded the high school students in attendance at the hearing that day that one of the hearing’s purposes is “to inspire students today to be the scientists of tomorrow.” And the noticeable lack of giggling in the room was magic to my ears.

Kathleen Toerpe can be reached at ktoerpe@astrosociology.org and can be found at @ktoerpe on Twitter.

The video of the House Committee on Science, Space, and Technology’s hearing on “Astrobiology and the Search for Life in the Universe,” and the participants’ written statements are available at http://science.house.gov/hearing/full-committee-hearing-astrobiology-and-search-life-universe

Information on the NASA/JPL Solar System Ambassador program is available at http://www2.jpl.nasa.gov/ambassador/

Next post: Cultural Evolution: The View from Deep Space