Return to the Ice Giants

Once New Horizons has performed its flyby of Pluto/Charon and, let’s hope, its reconnaissance of a Kuiper Belt object (KBO), what comes next in our exploration of the outer Solar System? Pushing further out, Innovative Interstellar Explorer grew out of a NASA ‘Vision Mission’ study and has been developed at Johns Hopkins University Applied Physics Laboratory by Ralph McNutt and team. Boosted by a Jupiter gravity assist, IIE would explore the interstellar medium some 200 AU and further from the Sun, using a plutonium-fueled 1 kW electric radioisotope power supply.

And then there’s Claudio Maccone’s FOCAL mission, which would target the Sun’s gravitational focus beginning at 550 AU, continuing well past 1000 AU for observations exploiting gravitational lensing effects. FOCAL has been the subject of intense study — Maccone’s 2009 book Deep Space Flight and Communications grew out of this decades-long work — and with both IIE and FOCAL we have the prospect of making observations of the medium through which any future interstellar mission would pass, having exited the heliosphere inflated by the solar wind from the Sun.

But there is much to do in the region between the gas giants, with their astrobiologically interesting targets Europa and Enceladus and the seductive Titan, and the inner edge of the Kuiper Belt. Here we are in the domain of the ice giants last visited by the Voyagers in the 1980s. A new paper from Diego Turrini (Institute for Space Astrophysics and Planetology INAF-IAPS, Italy) and colleagues makes the scientific case for a mission to Neptune and Uranus, to be flown by two identical spacecraft. The ESA-funded mission would have a launch date of 2034. 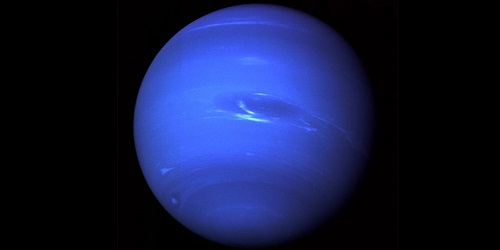 I want to focus on Turrini and team’s discussion of planet formation this morning, because this is where the scientific payoff for a return to Uranus and Neptune is the most profound. The rising tide of exoplanet research is uncovering more and more planetary systems showing us that the old view of planet formation as an orderly process producing stable, well-spaced systems is incorrect. Systems around other stars are not necessarily patterned on what we see in the Solar System. In fact, it is we who seem to be the outliers, confronting a cosmos that produces a bewildering array of planetary configurations in which migration surely plays a major role.

Thus the ‘Jumping Jupiters’ mechanism that involves close gravitational encounters that occur after the original circumstellar disk has dispersed. In our Solar System, our changing views have led to the ‘Nice Model,’ which involves our own jumping Jupiter scenario, one tied to the era known as the Late Heavy Bombardment. Here we have a series of encounters between the giant planets, with interactions with what the paper calls a ‘massive primordial trans-Neptunian region.’ The end result is to take giant planets once closer to each other and to move Jupiter inward while migrating Saturn, Uranus and Neptune outward. The paper describes this scenario:

The importance of the Nice Model lies in the fact that it strongly supports the idea that the giant planets did not form where we see them today or, in other words, that what we observe today is not necessarily a reflection of the Solar System as it was immediately after the end of its formation process. Particularly interesting in the context of the study of Uranus and Neptune is that, in about half the cases considered in the Nice Model scenario, the ice giants swapped their orbits (Tsiganis et al. 2005). The success of the Nice Model in explaining several features of the Solar System opened the road to more extreme scenarios, also based on the Jumping Jupiters mechanism, either postulating the existence of a now lost fifth giant planet (Nesvorny et al. 2011) or postulating an earlier phase of migration and chaotic evolution more violent and extreme than the one described in the Nice Model (Walsh et al. 2011).

Mixing of the solid materials that make up the primordial Solar System would have occurred, with both inward and outward fluxes of ejected material affecting the composition of primordial planetesimals. When we look at the satellites of the gas giants today, we may be seeing material that was originally extracted by these processes from the inner Solar System and incorporated in their systems.

Uranus and Neptune would have been strongly affected by these events, with a giant impact involving Uranus that explains its sideways rotation. And we can see other evidence in the capture of Triton by Neptune, Triton being a moon that orbits in the opposite direction to its host planet. The paper continues:

…our view of the processes of planetary formation and of the evolution of the Solar System has greatly changed across the last twenty years but most of the new ideas are in the process of growing to full maturity or need new observational data to test them against. The comparative study of Uranus and Neptune and their satellite systems will allow to address the problems still open, as the ice giants were the most affected from the violent processes that sculpted the early Solar System and yet they are the least explored and more mysterious of the giant planets.

Turrini and team also make the case that based on data from the Kepler mission, about one star in every five should have a Neptune-class planet, but the only up-close data we have on this class of planet comes from the Voyager 2 flybys of Uranus and Neptune performed in the 1980s. Here the authors have to pause, for Kepler’s candidates have short orbital periods because of the nature of Kepler’s operations. Kepler can only detect ‘warm’ or ‘hot Neptunes,’ whose composition and dynamics will differ from the ice giants in our own Solar System. Even so, characterizing our ice giants is something we can do with existing space technologies, and it can offer up templates for interpreting the data returned from future exoplanet observations.

From observation of the satellite systems around the ice giants to study of planetary interiors, there is much to investigate in the outer Solar System. The ODINUS mission described in the paper would put a spacecraft into orbit around both Neptune and Uranus, an ambitious goal that would allow measurements with the same set of instruments in both systems, as well as studies of the interplanetary medium from different angular positions during cruise. The ESA’s Senior Survey Committee has already stated that exploration of the ice giants “appears to be a timely milestone, fully appropriate for an L class mission,” assuming financial support emerges.

There is no question we are going to get payloads back to Uranus and Neptune at some point, and the Turrini paper makes a strong case for the scientific validity of the effort in helping us understand our own system’s violent past and the results of our planet-hunting observations in other systems. The comparatively well studied Jupiter and Saturn are composed mainly of hydrogen and helium, while Neptune and Uranus are dominated by water, ammonia and methane along with metals and silicates, with hydrogen and helium making up a scant 25 percent. We obviously have much to learn about such planetary formation outcomes.

The paper is Turrini et al., “The Scientific Case for a Mission to the Ice Giant Planets with Twin Spacecraft to Unveil the History of our Solar System,” submitted to Planetary and Space Science (preprint).