Interstellar flight isn’t about possibility as much as it is about time. We know we can launch a payload to another star if we’re willing to burn up enough millennia — about seventy — to get there in the form of a Voyager-style flyby. That’s with today’s technology, and we can extrapolate how the time frame can be shortened with improved materials and propulsion techniques. So as Robert Forward always pointed out, it’s not that interstellar flight is impossible — it’s that it’s very difficult, and our expectations of the kinds of missions possible have to adapt to that fact.

Intergalactic flight, though, is such an immense undertaking that I’ve rarely discussed it in these pages. Is there any conceivable technology that might make such a thing possible? Well, Carl Sagan and Iosif S. Shklovskii considered the situation in Intelligent Life in the Universe (Holden-Day, 1966), working with the opportunity for time dilation opened up by special relativity. Accelerate at 1 g continuously and time dilation helps you to reach nearby stars in just a few years as time is measured aboard your spacecraft.

The numbers get more and more mind-boggling as you continue to work the equations. With that same 1 g acceleration (and just how you achieve that is of course the grand question), you can make it all the way to the center of the Milky Way in about 21 years — tens of thousands of years would have passed on Earth by the time you arrived at the galactic core. Or go for the ultimate journey: A voyage to the Andromeda galaxy. To reach M31 in a ship of this sort would take 28 years ship-time as you nudged ever closer, but never reached, the speed of light. As always, I point to Poul Anderson’s Tau Zero as the novelistic embodiment of Sagan and Shklovskii’s musings, as fresh today as when it ran in Galaxy in 1967. 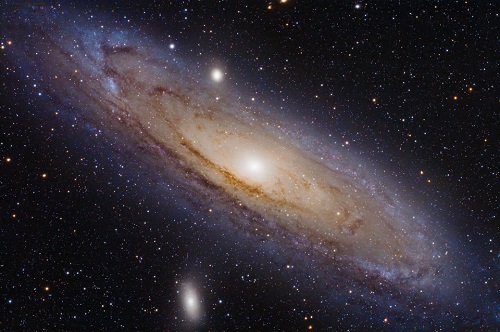 Image: M31, the closest major galaxy to our own. Continuous acceleration at 1 g would allow a human crew to reach it, but what conceivable technology would allow such a craft to be built? Image credit & copyright: Lorenzo Comolli.

Yesterday Adam Crowl mentioned Martyn Fogg’s paper “The Feasibility of Intergalactic Colonisation and Its Relevance to SETI,” in the context of Robin Spivey’s ideas on galactic migration. Fogg runs through the possibilities for intergalactic journeys including constant 1 g acceleration of the kind Sagan and Shklovskii talk about. Robert Bussard had proposed in 1960 that this kind of acceleration could be achieved through a fusion-powered ramjet design that fed off the interstellar medium. It would be a tough engine to light but once you got the ship moving fast enough, a self-sustaining reaction seemed to be possible, and it’s more or less the concept that Anderson used in Tau Zero for his starship.

But Fogg nails the problem with the Bussard ramjet, or I should say, the problems, there being several intractable issues to be faced. Robert Zubrin and Dana Andrews have shown that as the ramjet accelerates, the vast electromagnetic ‘scoop’ being used to collect fusion fuel actually begins to act as a brake. See Starships: The Problem of Arrival for more. And as early as 1972, A. R. Martin had discussed structural limitations that would prevent such a ship from sustaining accelerations this close to the speed of light.

Surmount even these difficulties and you run into perhaps the biggest showstopper. Gas density between the galaxies is, in Fogg’s estimate, 10-5 lower than what the ramjet would encounter within a galaxy. Gaining enough fuel, then, would be the challenge, and as we’ve learned more about the interstellar medium, it seems clear that a ramjet would have problems even within the Milky Way depending on the local density of interstellar material. That leaves only David Froning’s suggestion of a ‘quantum ramjet’ using quantum fluctuations of the vacuum, an idea that would assumedly not be constrained by the Bussard ramjet’s fuel problems.

Is there any other way to save the idea of intergalactic travel close to c? Fogg doesn’t think so. From his paper:

…irrespective of the propulsion system used, hyper-relativistic intergalactic travel would be fundamentally limited. The velocity of the ship at midpoint would be so close to c that no interaction with intergalactic matter would be permitted. Dust grains would impact like cannon shells and hydrogen atoms would take on the characteristics of a lethal and penetrating form of cosmic radiation.Thus, leaving aside the feasibility of a “quantum drive”, the use of time dilation to significantly reduce elapsed intergalactic voyage times would not be practical unless a way could be found of preventing impacts from oncoming particles.

That’s a pretty good list of seemingly insurmountable problems, all generated by the fact that we’re trying to get the crew that set out from Earth all the way to its destination. Give up on that constraint and a number of other possibilities open up that make us weigh interstellar and intergalactic flight against our concepts of deep time and the lifetime of civilizations. Sagan and Shklovskii didn’t pin their entire argument on Bussard-style craft. They also explored the potential of human hibernation on journeys lasting thousands of years. But there are other possibilities, some of them discussed by Adam Crowl yesterday, that I want to explore tomorrow.