The great Ukrainian mathematician Israil Moiseyevich Gelfand was famous for his weekly seminars in Moscow, where sudden switches in topics and impromptu presentations were the norm. Although his listeners had heard it many times, Gelfand liked to tell this story: In the early 20th Century, a man approaches a physicist at a party and says he can’t understand how the new wireless telegraphy works. How is it possible to send a signal without using wires?

It always got Gelfand a laugh, but he liked to use the story for a deeper purpose. According to Edward Frenkel, who in his youth attended and presented at some of Gelfand’s seminars, Gelfand would use the tale whenever he thought a problem needed a more radical solution than anyone had proposed. “What I am trying to say,” he invariably added, “is that we need to do it without the dog.” Read Frenkel’s charming Love & Math: The Heart of Hidden Reality (Basic Books, 2013) for a look at Soviet-era mathematicians and the world they worked in.

I’m thinking that if there was ever a man who worked without the dog, it was Fritz Zwicky (1898-1974). The name of the Bulgarian-born physicist who spent his career in the United States inevitably came up in the light of our discussions on moving entire stars. This was a man with a deeply independent mind whose six-volume catalog of 30,000 galaxies, based on the Palomar Observatory Sky Survey, remains a touchstone in the study of galaxy clusters. But he was also a thorn in the side of many astronomers, routinely disparaging their work and their characters. 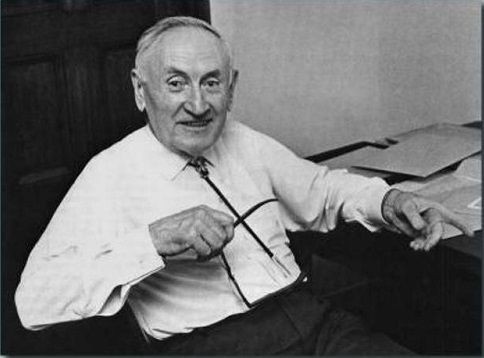 If a combative colleague — he coined the term ‘spherical bastards’ to describe his fellow astronomers, who he said were bastards from any angle you chose to observe them — Zwicky was kind to students, university administrators and people outside his profession. He was a man who liked to think big. Zwicky broached the subject of what we might call ‘stellar propulsion’ in a May, 1948 lecture at Oxford University, where he said there was a possibility of:

“…accelerating…[the Sun] to higher speeds, for instance 1000 km/s directed toward Alpha Centauri A in whose neighborhood our descendants then might arrive a thousand years hence. [This one-way trip] could be realized through the action of nuclear fusion jets, using the matter constituting the Sun and the planets as nuclear propellants.”

Zwicky’s lecture was published later that year in The Observatory (68:121-143). In a June, 1961 article in Engineering and Science called “The March Into Inner and Outer Space,” he followed up on the idea, although as before only in broad terms shorn of detail. In Zwicky’s view, a journey to the stars should not necessarily demand leaving the Earth behind. Instead, accelerate the Sun, letting it pull the planets along with it, and you maintain your own environment on the most comfortable of all generation ships. As to how to do it:

In order to exert the necessary thrust on the sun, nuclear fusion reactions could be ignited locally in the sun’s material, causing the ejection of enormously high-speed jets. The necessary nuclear fusion can probably best be ignited through the use of ultrafast particles being shot at the sun. To date there are at least two promising prospects for producing particles of colloidal size with velocities of a thousand kilometers per second or more. Such particles, when impinging on solids, liquids, or dense gases, will generate temperatures of one hundred million degrees Kelvin or higher-quite sufficient to ignite nuclear fusion. The two possibilities for nuclear fusion ignition which I have in mind do not make use of any ideas related to plasmas, and to their constriction and acceleration in electric and magnetic fields.

Zwicky would amplify his stellar propulsion ideas in his book Discovery, Invention, Research through the Morphological Approach (Macmillan, 1969), where he described how these directed exhaust jets would accelerate the Sun to a velocity sufficient to reach Alpha Centauri in about fifty human generations. Left for the reader’s imagination is the question of how a moving Solar System would decelerate once it arrived in the vicinity of the Alpha Centauri stars, presumably to join them to form a new triple (or quadruple, counting Proxima Centauri) star system.

We’ve seen how Leonid Shkadov conceived of wrapping a thruster around a star in such a way as to create propulsive forces, an idea now explored in the Greg Benford and Larry Niven novels Bowl of Heaven and Shipstar. But it’s clear that a star journey via a propulsive Sun is yet another idea that Zwicky had early, although he never went ahead to work out all the ramifications. In addition to manipulating the Sun’s own fusion, Zwicky’s Engineering and Science article described other broad concepts: The benefits of taming fusion for power and rocket propulsion, the need for a human presence in nearby space, particularly the Moon, and the possibility of using what he called ‘terrajet engines’ to burrow into the interior of the Earth.

In tribute to Zwicky, it’s necessary to mention several of his insights, including the notion that cosmic rays are produced in the explosion of massive stars which he began, in 1931 lectures, to describe as ‘supernovae,’ as opposed to the more common and less powerful novae. Working with Mount Wilson Observatory astronomer Walter Baade, he went on to extrapolate the creation of neutron stars that were dense as atomic nuclei but only a few kilometers in diameter, an idea that was met with skepticism.

The Palomar Observatory Sky Survey grew out of Zwicky’s work, and Zwicky himself discovered 122 supernovae. But his work hardly ended with exploding stars. Investigating the Coma cluster of galaxies, he worked out that the mass of the cluster was far too little to produce the gravitational forces needed to keep the cluster together. Unseen matter — and he coined the term ‘dark matter’ — must be making up the difference in mass. How to investigate the idea? Zwicky suggested gravitational lensing, now a common technique but a novel solution in his day.

In his dark matter work in particular, Zwicky can be said to have done what Israil Moiseyevich Gelfand urged. He learned how to do it without the dog, to take an enormous conceptual leap into an answer that later observation would prove suggestive and worthy of intense follow-up. He was a stormy genius, an irritated, irritating treasure of a man.