Small payloads make sense if we can extract maximum value from them. But remember the problem posed by the rocket equation: It’s not just the size of the payload that counts. A chemical rocket has to carry more and more propellant to carry the propellant it needs to carry more propellant, and so on, up the dizzying sequence of the equation until the kind of mission we’re interested in — deep space in reasonable time frames — is ruled out. That’s why other forms of rocket using fission or fusion make a difference. As the saying goes, they get more bang for the buck.

But the idea of carrying little or no propellant at all has continued to intrigue the interstellar community, and numerous ways of doing so have been proposed. One early contender was a particle beam, which would be used to push a magnetic sail. Strip electrons from atomic nuclei and accelerate the positively charged particles close to the speed of light. There’s a benefit here over laser-beamed sail concepts, for the magnetic field creating the magsail has no heat limit. We’re less concerned about sail degradation under the beam and, unlike some of Robert Forward’s laser concepts, we don’t require a huge laser lens in the outer Solar System. 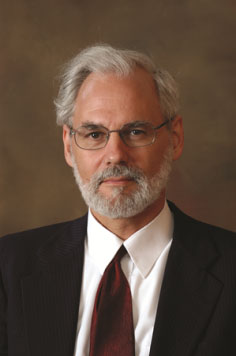 At first glance, the idea stacks up favorably when compared to lasers. What it demands is a particle accelerator powered by solar energy sufficient to accelerate the charged particle beam, just as laser beaming to a sail would require large laser installations in an inner system orbit. But physicist Clifford Singer noticed early on that a stream of charged particles has an inherent problem — it will spread as it travels because particles with the same charge repel each other. Singer’s idea was to use a stream of pellets to replace the charged particles, each of them a few grams in size. The pellet stream does not ‘bloom’ as it travels. Singer believed that the pellets, accelerated to perhaps as much as a quarter of the speed of light, would be vaporized into a plasma when they reached the interstellar craft, turning into a hot plasma exhaust.

When he came up with the proposal in 1979, Singer was at Princeton University’s Plasma Physics Laboratory, and it’s interesting to consider his work a kind of hybrid between beamed power and nuclear pulse propulsion, which is how Gregory Matloff and Eugene Mallove approach it in The Starflight Handbook. Singer envisioned pellets for acceleration, after which there would be a long coasting phase of the interstellar mission. Looking at laboratory work involving so-called ‘rail gun’ accelerators, he thought of scaling up the idea to an accelerator 105 kilometers long deployed somewhere in the outer Solar System.

Singer’s ideas, first broached in a paper called “Interstellar Propulsion Using a Pellet Stream for Momentum Transfer” in The Journal of the British Interplanetary Society drew their share of criticism. Could the stream of pellets really be collimated so as to remain a single, coherent beam? One problem was that pellets might be dispersed due to interactions with dust grains in the interstellar medium. Singer would defend the concept in a second paper one year later in JBIS, acknowledging the dispersion problem for lighter particles but concluding that particles heavier than one gram should not be affected. Nor would interactions with the galactic magnetic field be a serious impediment.

Interstellar thinking of this era demanded thinking big, and while Singer’s pellets were tiny, they demanded not only that enormous accelerator but a series of deep space facilities spaced 340 AU apart — several dozen of them — to help keep the beam fully collimated. Such stations might be deployed from the departing starship itself, each of them measuring particle locations and correcting the particle flight path through the use of magnetic or electrostatic fields. Singer’s ideas have been enormously fruitful, leading to ideas the technology of the day would not render obvious, but as we’ll see tomorrow, they point to a fusion of digital tech and nanotechnology.

I like what Matloff and Mallove have to say about pellet propulsion in The Starflight Handbook:

Workable concept or not, the advent of the pellet-stream propulsion idea several decades after the beginning of serious starship speculation illustrates again how easy it is to overlook ‘obvious’ interstellar flight concepts. What other propulsion gems may be waiting to be found, buried in the armamentarium of twentieth-century technology!

Now a professor of nuclear, plasma, and radiological engineering at the University of Illinois, Singer is no longer active in interstellar work but keeps an interested eye on the propulsion method he created. The pellet concept is indeed a gem, and one whose facets keep changing as we hold it up to the light. For we’re seeing a metamorphosis away from the idea that the only kind of particles we can send are dumb objects. Gerald Nordley would enhance the particle stream with active intelligence that would allow collimation through course correction at the particle level.

No need for starship maneuvering or course correction stations along the way if we can deploy Nordley’s ‘snowflake’ pellets, which we’ll look at more closely tomorrow. I argue that an enhanced ‘smart pellet’ is one step away from becoming not just the propellant but the spacecraft itself. In any case, it’s into the interesting synergy between driving small objects — particles, pellets, micro-sails — to a spacecraft and the extremely rapid advance of digital tools and miniaturization that 21st Century interstellar thinking seems to be expanding.