The Cost of Interstellar Flight

Sten Odenwald, an astronomer at the National Institute of Aerospace, takes aim at interstellar flight in a recent essay for the Huffington Post. Dr. Odenwald’s critique makes many valid points by way of showing how difficult the interstellar challenge is. I am much in favor of articles that do this, because putting a payload past or around another star is extraordinarily difficult, and every point that Odenwald raises has to be addressed by our science.

Interstellar flight is also going to take buy-in from the public, whose economic resources will be in play to create the needed Solar System infrastructure and, eventually, the vehicles we will send on these journeys. That puts the economic issue up front, for while we can name a number of technologies that do not violate known physics — beamed sails, fusion drives, ion drives and perhaps one day, antimatter — we have to find the means of paying for their development.

Thus a key part of Dr. Odenwald’s critique, which draws on a study Andreas Hein did as part of the 2011 100 Year Starship study (citation below, and available in full text here). Let me quote this:

Andreas Hein, an engineer with the Icarus Interstellar Project, developed a rigorous method for forecasting the economics of interstellar travel, only to find that most economically plausible scenarios for a “Daedalus-type” mission would cost upwards of $174 trillion and require nearly 40 years of development and 0.4 percent of the world GDP. This would be for an unmanned, 50-year journey to Barnard’s Star using “fusion drive” technology. It consists of 50,000 tons of fuel and 500 tons of scientific equipment. Top speed: 12 percent of the speed of light.

The Project Daedalus design was created by members of the British Interplanetary Society back in the 1970s and grew out of an interest in the Fermi question: ‘Where are they?’ Enrico Fermi was pointing out that a universe as evidently full of resources as the one we live in should have spawned life aplenty, and he wondered at our lack of observation of it. Could it be, some wondered, that interstellar flight is just too difficult? In response, a BIS team decided to see if it was possible to conceive of a starship even with near-term technology, and we got Daedalus. 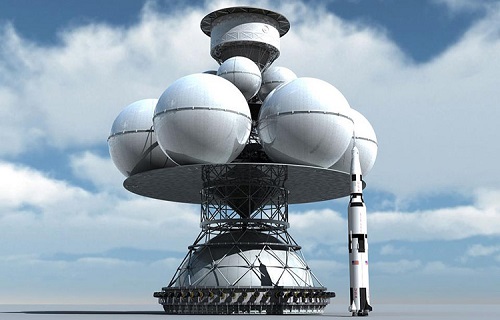 The behemoth starship would get us data from Barnard’s Star, though as a flyby mission, it would simply careen through any planetary system there, possibly dispatching planetary probes along the way. If we were designing a starship today just as the BIS team did in the 1970s (as indeed Icarus Interstellar is doing right now) we wouldn’t create the same design, but take advantage of numerous technological advances in the interim, not the least of which are things like miniaturization of components. We’re still facing huge propulsion challenges, of course, because the fusion engine of Daedalus is still a long way from our grasp.

But on the matter of economics, I think we have to take a broader picture. My thought is that the public will accept funding for an interstellar mission when such a mission takes up about the same percentage of GDP as other space efforts have, averaged across the years. In other words, we can design something today and figure out what it would cost, but over the decades economic growth and technological change would make that cost a smaller proportion of our total economy.

Hein worked out a useful strategy for weighing these matters in his paper. With regard to the fraction of GDP that is spent on spaceflight, he draws on a report from the Organization for Economic Cooperation and Development and notes this in his paper:

It is reasonable to take the value of the G7 here, due to their relatively high commitment to spacelight in comparison to other countries. For the US, the GDP fraction spent on spacelight is 0.295% and for the G7, an average of 0.084% was estimated in 2005.

Andreas is a friend and, as Centauri Dreams readers know, a contributor to these pages, so I thought I would ask him for a response to Dr. Odenwald’s article. He responded that he thought Odenwald had missed the point of his original paper:

The whole point of the paper was to estimate when interstellar missions are going to become feasible between the 21st and 24th century from an economic point of view, given very rough estimates for their cost and a range of economic scenarios. The reason why this is interesting is that the world economy grows. This means that the world gets wealthier over time. At some point things get affordable that were thought too expensive before. It turns out that a Daedalus-type mission only gets feasible in some optimistic scenarios where the world economy grows significantly. Other, “cheaper” missions get feasible even for pessimistic economic scenarios. The amount of funding for an interstellar mission is simply derived from the fraction of current spending on space exploration. I think this is reasonable.

I would recommend that anyone interested in the economics of interstellar flight read Hein’s paper, which is titled “Evaluation of Technological/Social and Political Projections for the Next 300 Years and Implications for an Interstellar Mission.” Hein uses Gross Domestic Product as a key indicator and studies funding patterns from past space programs as a way of estimating how funding might emerge for an interstellar program. He also identifies two funding distribution patterns, a ‘triangular’ shape as in Apollo (where funding rises rapidly, peaks, and declines rapidly) and a ‘rectangular’ pattern as in, for example, ISS funding, where as seen on a graph, the funding distribution takes on a sustained level and holds it until phase-out.

The upshot of all this is that given various political and economic situations, the potential dates for an interstellar mission fall from within the 21st Century to the 24th Century and beyond. We can look at a full-blown Daedalus-class mission, which he estimates would cost $100 trillion (not Odenwald’s cited $174 trillion). Hein also works out an estimated $20 trillion for a ‘budget Daedalus,’ and comes up with $65 billion for a starship design similar to Freeman Dyson’s 1968 concept, a spacecraft powered Orion-style by the explosion of nuclear devices.

Notice the range we’re talking about. There are economic scenarios in which programs for all three classes of starship could be initiated by 2300, and under which the Dyson-class spacecraft would begin program development in the relatively near future. High GDP growth could result in a full-scale Daedalus program getting underway as early as 2110. The most optimistic scenario, in which high levels of funding are sustained (the Apollo pattern rendered into the ‘rectangular’ mode), would produce earlier results but requires an unusual combination of factors, as Hein makes clear:

The rectangular Apollo scenario is the most optimistic one of all four space program scenarios considered. It is probable if some extraordinary circumstances coincide:

• Long-term consensus and sustainability of a global space program

• Stable cooperation over several decades among many nations

Today, these assumptions might be considered unrealistic. However, over a time-span of 300 years even such low probability scenarios have to be taken into account. The degree of international cooperation today, as in the case of the ISS program, would have been impossible to imagine 200 years ago. This scenario only shows that given the right circumstances, a Daedalus-like probe can be launched in the 21st or 22nd Century.

But is this the kind of probe we really want to launch? Tomorrow I’ll look at some of Sten Odenwald’s other criticisms of interstellar flight, some of which point, in my view, toward increased public engagement with deep space exploration while not ruling out future interstellar efforts. We can’t predict the future, but Andreas Hein’s scenarios cover a range in which interstellar flight becomes a reality within the next several centuries, and some a bit sooner than that.

The paper is Hein, “Evaluation of Technological/Social and Political Projections for the Next 300 Years and Implications for an Interstellar Mission,” Journal of the British Interplanetary Society Vol. 65 (2012), pp. 330-340 (issue available through the BIS).