The Virtues of Oddly Shaped Planets

A new paper out of George Mason University tackles the subject of planets deformed by tidal effects in close proximity to their star. It’s a useful study for reasons I’ll explain in a moment, but first a digression: I once had the chance to talk physics with the late Sheridan Simon, who besides being a popular lecturer on astrophysics at Guilford College (Greensboro, NC) also had a cottage industry designing planets for science fiction writers. Simon loved oddly shaped planets and because the Super Bowl was coming up, he had taken it upon himself to design a planet in the shape of a football, just to see what would happen if a place like this actually existed.

“And you know what? It works,” the bearded, exuberant Simon said with a grin. “But when you model what it looks like from space, the atmosphere is a problem. It looks plaid!” 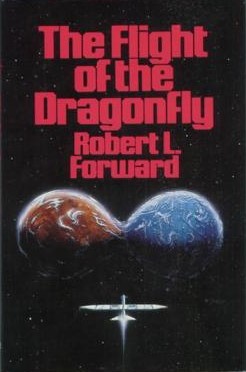 Simon played around with planets of every description, and if you’d like to see him at work on a planetary system around Tau Ceti, check what he developed back in 1992 for James K. Hoffman. I don’t know if he ever worked with Robert Forward, but of course the ultimate deformed planet in science fiction would be Rocheworld, from the novel of the same name (in an early version, Flight of the Dragonfly), where Forward envisions two worlds close enough to each other that they are deformed into egg-shapes and actually share an atmosphere.

Deformed planets in the realm of hot Jupiters have been studied for some time, for some of these worlds are close enough to their star to experience significant distortion in shape. One that Prabal Saxena and his George Mason University team mention in their paper is WASP-12b, which has been shown in earlier studies to have ellipsoidal variations in its transit depth that suggest a 3:2 ratio between the planet’s longest and its shortest axes. It’s an important effect because misunderstanding the distortion in shape caused by rotational and tidal effects can lead to mistakes in calculating the radius of the planet, and thus parameters such as density.

What Saxena and team are interested in is how rocky worlds orbiting red dwarf stars may experience stresses that can change their shape. Saxena comments:

“Imagine taking a planet like the Earth or Mars, placing it near a cool red star and stretching it out. Analysing the new shape alone will tell us a lot about the otherwise impossible to see internal structure of the planet and how it changes over time.” 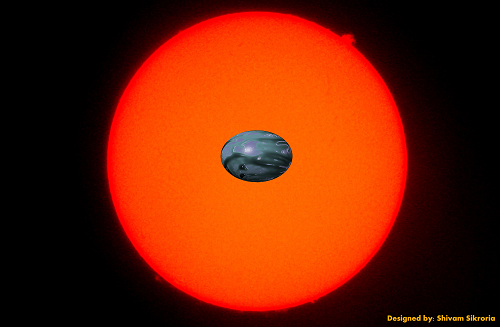 Image: An artist’s impression of a stretched rocky planet in orbit around a red dwarf star. So close to the star, there is a difference in the strength of the gravitational field on each side of the planet, stretching it significantly. Credit: Shivam Sikroria.

The paper, which appears in Monthly Notices of the Royal Astronomical Society, goes to work on how to take both tidal and rotational forces into account. The French astronomer Édouard Roche (1820-1883) was the first to calculate the distance within which an orbiting body will disintegrate because of the tidal forces induced by its primary. Inside what we now call the Roche limit, material in orbit will become dispersed into rings, while outside the limit, it can coalesce. The process varies depending on the innate rigidity of the body in question. A more fluid world deforms gradually, a process that compounds the tidal forces that will destroy it, while a more rigid planet may hold its shape until being broken apart by these same forces.

All of this could be useful as we try to learn more about the planet’s characteristics. From the paper:

The variation of rigidity of a planet may produce a small but detectable signal in the cases that were tested as one gets very close to the fluid Roche limit, and again it is important to remember planets have also been detected interior to the fluid Roche limit (the inner distance bound). Merely the constraining of tidal bulge amplitude along with Roche limit considerations may put meaningful limits on interior structure. The ability to directly constrain the shape of a planet would provide clues towards tidal theory, the orbital configuration of the system and bulk properties of the planet.

Not many M-dwarf planetary systems are likely to show the signature of worlds near the Roche limit, but the paper argues that the general physical principles in play here may also help us interpret the signatures of planets in particular orbital resonances or other configurations. Several dozen ‘hot Jupiters’ have been found that should, by virtue of their proximity to the Roche limit, show observable effects. For solid planets, the large transit depth may make red dwarf planets near the Roche limit an excellent realm for further study as we learn to interpret what any planetary deformations can tell us about their internal characteristics.

Previous post: Tightening the Focus on Near Earth Asteroids