Naming Names in the Cosmos

How objects in the sky get named is always interesting to me. You may recall that the discovery of Uranus prompted some interesting naming activity. John Flamsteed, the English astronomer who was the first Astronomer Royal, observed the planet in 1690 and catalogued it as 34 Tauri, thinking it a star, as did French astronomer Pierre Lemonnier when he observed it in the mid-18th Century. William Herschel, seeing Uranus in 1781, thought at first that it was a comet, and reported it as such to the Royal Society. 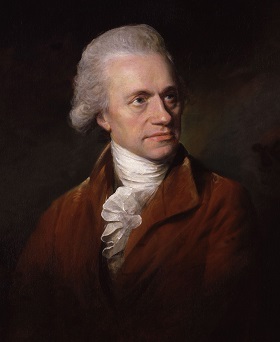 By 1783, thanks to the work of the Russian astronomer Anders Lexell and Berlin-based Johann Elert Bode, Herschel came to agree that the new object was indeed a planet. Herschel, asked by then Astronomer Royal Nevil Maskelyne to name the new world, declared it to be Georgium Sidus, the ‘Georgian Planet,’ a name honoring King George III. The unpopular name soon met with alternative suggestions, including Herschel, Neptune and (Bode’s own idea) Uranus.

Herschel had worried that naming planets after the ‘ principal heroes and divinities’ of ancient eras would be out of place in his time, suggesting that naming them after the era they were discovered (hence, the reign of George III) would be the more satisfactory method. But of course we haven’t followed the suggestion, and now look not only for the names of ancient beings both human and divine as well as names related to specific cultures. The geography of Ceres, for example is to be named after mythology associated with agriculture and vegetation, a nod to Giuseppe Piazzi, its discoverer, who knew Ceres as the Roman goddess of agriculture.

The problem with all this is that we’re making so many discoveries that we’re taxing our ability to come up with the best nomenclature. Some 24 craters on Saturn’s moon Phoebe have been named by classical reference to the Argonauts, the intrepid adventurers who sailed with Jason to find the Golden Fleece. But the Gazetteer of Planetary Nomenclature also notes that future craters on Phoebe may have names associated with the goddess, who was, according to ancient lore, a Titan, the daughter of Uranus and Gaea. As mapping continues, features other than craters may acquire names based on Appollonius Rhodius’ 3rd C. text The Argonautica.

Titan, much in our thoughts with the 10th anniversary of the landing of the Huygens probe, gets plenty of attention from the International Astronomical Union, the U.S. Geological Survey, and NASA, all of whom have a hand in determining the names of features. Craters on the Saturnian moon take the names of gods and goddesses of wisdom, while a variety of surface features are open to names drawn from characters from Tolkien’s Middle Earth, characters from the Foundation series by Isaac Asimov and the names of planets from Frank Herbert’s Dune novels, surely a nod to science fictional interests among researchers.

And let’s not forget Xanadu, a plateau-like, highly reflective region on Titan, a name deriving ultimately from the Yuan Dynasty’s summer capital as established by Kublai Khan and immortalized in the West by Samuel Taylor Coleridge. Interesting places, these new worlds, and full of so many features that need names! When Makemake was discovered soon after Easter in 2005, it was immediately nicknamed Easterbunny, but later yielded to an IAU-sanctioned monicker based on fertility mythology on Rapa Nui, which most of us know as Easter Island.

I could go on with this entertaining subject indefinitely, even sticking within our own Solar System. The Uranian satellite Miranda, for instance, draws feature names from characters in Shakespeare’s plays, as do all the major moons of Uranus, though small satellites can draw on names from the poetry of Alexander Pope. We’ll doubtless have plenty of suggestions for features on Pluto once New Horizons gets close enough to see them. The theme there will be underworld deities. New moons like Nyx and Hydra have already received names according to this convention.

What happens when we turn to exoplanets? With so many being discovered, it’s no surprise that the International Astronomical Union has organized a global contest to name selected exoplanets. The NameExoWorlds contest is already open, with a first round that will allow nominations for ExoWorlds (by this, the IAU means the entire exoplanetary system and its host star) to be made available for the next stage of the contest, where names can be proposed. 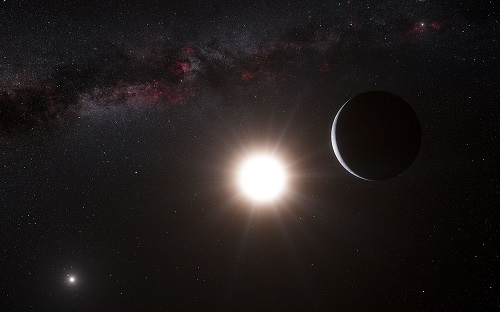 Image: An artist’s impression of Alpha Centauri Bb. How many place names will we eventually have to come up with for places like this? Credit: ESO/L. Calçada/Nick Risinger.

The IAU, which goes about assigning scientifically recognized names to newly discovered objects, says that the NameExoWorlds contest will be the first opportunity for the public to name both exoplanets and the stars around which they orbit. To participate, clubs and non-profit organizations have to register with the IAU Directory of World Astronomy by May 15, 2015. The deadline for the first stage of the contest is February 15, 2015, when the nominating process for the first 20 ExoWorlds is to close. After that, each club or organization will be allowed to submit names, with a later worldwide public vote that will presumably take place over the Internet.

If you’d like to get involved, this IAU news release has all the details. News of the contest had me thinking about new categories for names, and I immediately thought about drawing ideas from Arthurian romances of the Middle Ages. But alas, I learn from the Gazetter of Planetary Nomenclature that this one has already been taken, on Mimas, of all places, where craters are to be named after people from Malory’s Morte d’Arthur. Malory scooped up most of the major characters in earlier English and French Arthurian tales, but maybe there are a few he missed. It’s worth a look, because as we keep discovering new worlds, names are going to be in short supply.

Next post: Planets to Be Discovered in the Outer System?