Centauri Dreams readers most likely know Andreas Hein as the head of Project Hyperion, an effort for Icarus Interstellar to examine the prospects for manned interstellar flight, but he has also written in these pages about the uploading of consciousness. Now working on his PhD at the Technical University of Munich, Andreas today tells us about a new Kickstarter campaign in support of Project Dragonfly. Developing under the auspices of the Initiative for Interstellar Studies (of which Andreas is deputy director), Dragonfly explores interstellar flight at the small scale, and as he explains below, leverages the advances in computing and miniaturization that designers can use to change the paradigm of deep space missions. 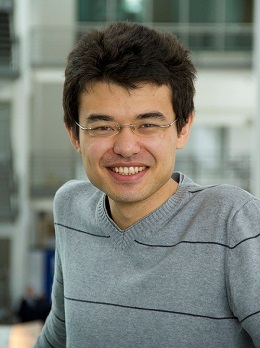 Humanity has existed for over 200,000 years. It is only about 200 years since we entered the age of industrialization, and in the last 50 years, we have discovered ways of going to the stars [1]. However, the approaches conceived required spaceships the size of a tanker and massive space infrastructures. Today we live in a time when we may soon have the technological capabilities to launch a spacecraft to the stars, but now the spacecraft may be no bigger than a suitcase. Project Dragonfly is the first design study for an interstellar mission based on a small, laser-propelled spacecraft. In this article, I will explain the background of Project Dragonfly and the rationale for the Project Dragonfly Design Competition and crowdfunding campaign.

Many previous approaches for going to the stars have depended on extremely large and heavy spacecraft, based on propulsion systems like nuclear fusion or antimatter. Existing concepts of fusion-propelled spacecraft are as heavy as skyscrapers. Accelerating all the fuel with the ship until it is exhausted is actually not a very efficient way to get to the stars. Project Dragonfly aims at a different approach: The basic idea is not new – it is, in fact, very old. For centuries, humans have travelled the seas using sailing ships. We also plan to use a sail. But a sail which is made of an extremely thin reflective surface. This sail would be illuminated by a laser beam from a laser power station somewhere in the Solar System [2]. The photons of the laser beam push the sail, just as the wind pushes the sail of a sailing ship. And through this push to the sail, the spacecraft slowly accelerates.

However, as the spacecraft does not use any on-board fuel, it can accelerate to very high velocities in the range of several percent of the speed of light. Furthermore, Project Dragonfly builds upon the recent trend of miniaturization of space systems. Just a few decades ago, thousands of people were involved in developing the first satellite, Sputnik. Today, a handful of university students are able to build a satellite with the same capability as Sputnik, one that is much cheaper and weighs hundreds of times less than the first satellite. Recently, NASA announced a prize for the development of interplanetary CubeSats [3].

We simply think further. What could we do with these technologies in 20 or 30 years? Would it be possible to build spacecraft that can go to the stars but are as small as today’s picosatellites or even smaller? It is time to explore and innovate. 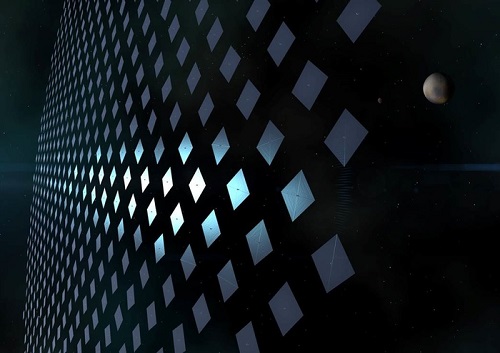 History of the Project

The idea behind Project Dragonfly emerged in early 2013 when I visited Professor Gregory Matloff in New York. Matloff, author of The Starflight Handbook, is one of the key figures in interstellar research with major contributions to the area of solar sails. We talked about different propulsion methods for going to the stars and realized that nobody had yet done a mission design for an interstellar laser-propelled mission. Soon after this conversation, Project Dragonfly was officially announced by the Initiative for Interstellar Studies (i4is), with Kelvin F. Long and myself as co-founders.

However, it took another year to get to the point where we were able to organize an international design competition in order to speed up our search for a feasible mission to another star, based on technologies of the near future. One of the challenges for defining proper requirements for the competition was the development of preliminary mission concepts in order to identify performance drivers and showstoppers. Once these preparations were finished, we could launch the competition. See my essay Project Dragonfly: The case for small, laser-propelled, distributed probes for an early competition announcement and scientific backgrounder.

Design competitions have a long tradition in the history of technology: The Longitude rewards for the precise determination of a ship’s longitude at sea (1714), the Daily Mail prize for crossing the English Channel by an airplane (1908), the Orteig prize for crossing the Atlantic with an airplane (1919), and more recently DARPA’s Grand Challenge, which focuses on developing autonomous vehicles (2004). These competitions defined a set of requirements — most importantly performance requirements — the technology would need to fulfill. The solutions were up to the entrants.

Competitions offer the advantage that almost anyone can participate. This opens up opportunities for new entrants and innovative solutions, with the potential to disrupt the existing technological landscape [4]. Of course, with Project Dragonfly we are not yet at the level of the “Grand Challenges”. Nevertheless, the so-called Alpha Centauri Awards were announced by Kelvin Long in 2013, offering several cash prizes for relevant areas in interstellar travel. The Project Dragonfly Design Competition is one of the areas for which the Alpha Centauri Prize will be awarded [5].

The objective of the Project Dragonfly Design Competition is to develop a feasible mission design for a small, laser-propelled interstellar mission. Four international university teams are currently working on studies for small, laser-propelled interstellar spacecraft: Cairo University, the Technical University of Munich, the University of California Santa Barbara (UCSB), and Cranfield University, working with the Skolkovo Institute of Science and Technology (Skoltech) in Moscow and the University Paul Sabatier (UPS) in Paris. The final design reports of the teams will cover all areas that are relevant to make the mission a success and to return scientific data: Instruments, communication, laser sail design, power supply, secondary structure, deceleration propulsion, etc. Furthermore, both technological as well as economic feasibility will be assessed by the teams. 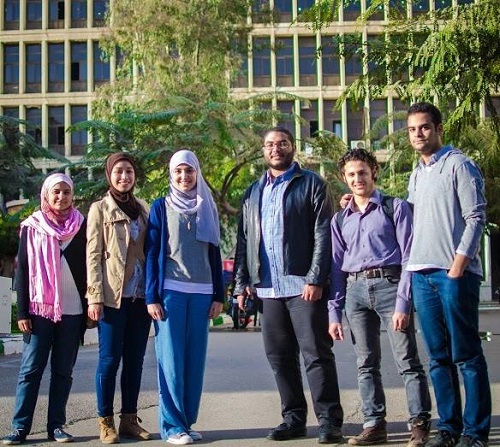 Image: The Project Dragonfly design team at Cairo University, made up of aerospace and communication engineering students, is one of four working on laser sail design.

The teams will meet with members of i4is in London at the headquarters of the British Interplanetary Society this July in order to evaluate their designs. The results from the competition will serve as a basis for future technology development of such a mission.

The Initiative for Interstellar Studies has now launched the first ever Kickstarter campaign for supporting an interstellar design competition. The funds raised during the campaign will allow us to support the student teams during the competition. The campaign began on the 15th of April and will run until May 14th. All supporters will receive unique and exclusive rewards for their pledges, among them T-shirts and posters with an image of the winning team’s spacecraft, painted by the grand master of space art, David A. Hardy. The campaign is further supported by renowned space artist Adrian Mann. Further awards consist of a 3D-printed version of the winning team’s starship as well as early access to team reports, a signed version of the Beyond the Boundary book edited by Kelvin F. Long, etc.

The campaign can be accessed via:
https://www.kickstarter.com/projects/1465787600/project-dragonfly-sail-to-the-stars

Thanks a lot in advance for your support. Let’s find a way to get to the stars in our lifetime! 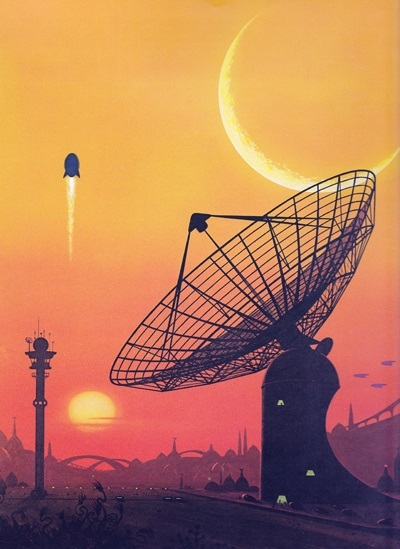 Image: An evocative futurescape by space artist David A. Hardy.

Next post: NExSS: A ‘Virtual Institute’ for Deep Space