Andreas Hein recently wrote up the Project Dragonfly design competition, which has been running as a Kickstarter project. Leveraging advances in miniaturization and focusing on laser-beamed lightsail technologies, Project Dragonfly aims to study the smallest possible spacecraft. From the Kickstarter announcement:

Project Dragonfly builds upon the recent trend of miniaturization of space systems. Just a few decades ago, thousands of people were involved in developing the first satellite Sputnik. Today, a handful of university students are able to build a satellite with the same capability as Sputnik, which is much cheaper and weighs hundreds of times less than the first satellite. We simply think further. What could we do with the technologies in about 20-30 years from now? Would it be possible to build spacecraft that can go to the stars but are as small as today’s picosatellites or even smaller? 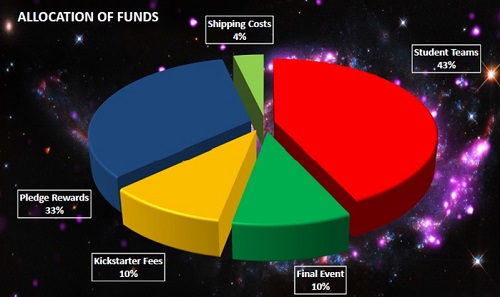 You can read about the competition in Andreas’ post Project Dragonfly: Design Competitions and Crowdfunding. He tells me that the Kickstar campaign has been fully funded since last Friday. But those interested in supporting the effort further can still do so for another three days. You can access the campaign at https://www.kickstarter.com/projects/1465787600/project-dragonfly-sail-to-the-stars.