We’ve recently looked at the role of small spacecraft, inspired in part by The Planetary Society’s LightSail, a CubeSat-based sail mission that launched last week. It’s interesting in that regard to consider small missions in the exoplanet realm. ExoplanetSat, for example, is a 3-unit CubeSat designed at MIT as a mission to discover Earth-sized exoplanets around nearby stars. Here the beauty of the CubeSat is obvious: The platform is low-cost, the development time is relatively short, and there are frequent launch opportunities. Up to 100 ExoplanetSats are planned.

Pulling big benefits from small packages is not new, as the example of the Canadian MOST mission (Microvariability and Oscillations of STars) reminds us. MOST was the first mission dedicated to asteroseismology, to be followed by CoRoT (COnvection ROtation and planetary Transits) and then Kepler. Now we have a proposal for what is being called the United Quest for Exoplanets (UniQuE), which grows out of work performed by an interdisciplinary team hosted by the International Space University. Meeting in Montreal last summer, the group produced a report giving its recommendations to enhance the entire field of exoplanet research. 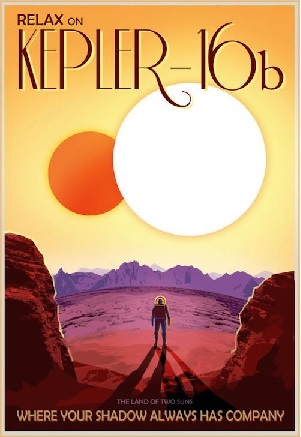 Michael Michaud passed along an article on this work called “Going Global with Exoplanets” that ran in Space Times, which is the newsletter of the American Astronautical Society. I want to dig into it a bit because one of the larger questions here is how to generate international support for planet-hunting, and as Michaud reminds me, this fits in with what could be a useful collaboration between the exoplanet community and advocates of interstellar flight.

The Montreal team, which was sponsored by NASA and Lockheed Martin, consisted of 28 participants from twelve countries. Its report proposes the creation of the Exoplanet eXploration Organization (EXO), drawing on the fact that while other organizations include exoplanets as part of their mission, most have wider agendas, or are focused solely on a specific group of people. EXO would from the outset take an international perspective that crosses numerous areas of expertise. One part of its charter, which I’ll return to in a moment, is the above-mentioned UniQuE, the creation of small satellites to conduct exoplanet work, just the kind of thing MIT has in mind for ExoplanetSat.

Image: Kepler-16b envisioned in a JPL ‘travel poster’ showing a sky with two suns from the planet that orbits both. Part of a modest but effective public outreach effort from JPL. The EXO proposal similarly looks at ways to heighten public interest in exoplanets and deep space.

But characterizing habitable planets is a multidisciplinary endeavor whose practitioners are located around the globe. If we are to move to characterizing exoplanet atmospheres and pushing into increasingly detailed observations of these worlds, we’re probably going to be in a cost range where funding by a single nation or agency is problematic. One way to encourage international cooperation is through better information exchange and the development of better databases.

Data availability is, the article argues, an area that needs improvement. We do have rich databases like the Exoplanet Data Explorer (California Planet Survey), the Extrasolar Planets Encyclopedia (L’Observatoire de Paris), MIT’s Open Exoplanet Catalogue and NASA’s Exoplanet Archive, but the Montreal team finds the presentation of data between these groups to be inconsistent both in the data provided and the metadata used to search the material. It argues that EXO could be of service:

One EXO initiative would be to support developing and promoting a common data and metadata format for publically available data. The Extended Extrasolar Planets Encyclopedia (EEPE) aims at making new data-fields, links to other databases, and raw data easier to add to the database. The rationale behind proposing EEPE and a structured format is to maximize the use of existing infrastructure, and make it easier to access and update data.

Other possibilities include providing consulting services for exoplanet projects and pooling fundraising expertise, as well as helping researchers promote exoplanet projects to government agencies. Like The Planetary Society, EXO is envisioned as an advocate for its areas of interest, one that also serves as a bridge between the public and the scientific community. Thus educational projects to reach non-specialized audiences are a factor, and so are crowdsourcing efforts to consolidate, sort and analyze the vast amount of incoming data:

While much of it can be handled by computer algorithms, there are various phenomena that need human investigation. At present, raw data is gathered much faster than it is studied. One example is the website planethunters.com, which provides a crowdsourcing platform. After visitors complete a brief tutorial, participants analyze Kepler data by marking potential candidates while discarding uninteresting light curves. Another example is NASA-sponsored OSCAAR (Open Source differential photometry Code for Accelerating Amateur Research), which allows amateur astronomers to contribute their own light curves from amateur observations. These participative initiatives provide people with the ability to engage in the research community. Crowdsourcing, however, is only as powerful as the participants, which emphasizes the need for effective international outreach programs. 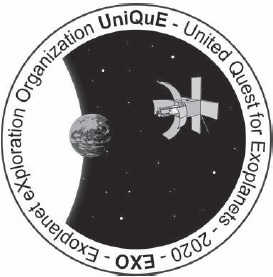 What is being proposed is cross-pollination between the exoplanet community and numerous other areas of public interest in space. I like the idea, for example, of offering massive open online courses (MOOCs) as a way not only of reaching the public but also of developing open source tools like lesson plans for teachers and software for amateur astronomers, who would use the EXO platform to connect with each other’s work across borders and disciplines.

But back to small satellites. The low cost and broad involvement, from space agencies to universities and small laboratories, that CubeSats offer can be leveraged here. Think of CubeSats as a route into space for countries that lack the resources for more costly missions. The UniQuE mission proposed here has much in common with ExoplanetSat in that it involves the creation not of single satellites but a constellation of low-cost small spacecraft whose mission would be characterization of the atmospheres of previously detected nearby planets:

The UniQuE team envisioned a standardized design based on a 15 kg 12 unit CubeSat layout carrying a space-proven near-IR mini-spectrometer covering the aforementioned waveband with a sensitivity range compatible with this mission. EXO would provide an overall baseline design and participating entities would have the freedom to customize and size all relevant subsystems so long as overall mission requirements are met, thereby allowing freedom for the inclusion of innovative concepts. The ideal constellation is composed of three to six pairs of satellites on a dawn-dusk sun synchronous orbit, which are launched as piggyback or secondary payloads.

What the Montreal team envisions is that all the UniQuE satellites would be required to observe the transit of an approaching planetary transit of a nearby star, while during the remaining time, the owners of the individual satellites could use them for their own scientific purposes. Results would be disclosed across the range of participating countries to provide a testbed for collaborative research and the development of ever more sophisticated spacecraft.

To read more about the thinking behind EXO, you can access the final report here. It could be argued that we have many of the tools the report recommends already in place, and that researchers currently interact through a variety of networked venues. But I think the development of an exoplanet organization with an international focus and a determined public outreach could consolidate some of these gains while providing useful collaborative tools. Moreover, the public engagement built into this kind of organization could benefit the spread of deep space ideas as we ponder future programs of exploration.