Objects that seem younger than they ought to be attract attention. Take the so-called ‘blue stragglers.’ Found in open or globular clusters, they’re more luminous than the cluster stars around them, defying our expectation that stars that formed at about the same time should develop consistent with their neighbors. Allan Sandage discovered the first blue stragglers back in 1953 while working on the globular cluster M3. Because blue stragglers are more common in the dense core regions of globular clusters, they may be binary stars that have merged, but a number of theories exist, most of them focusing on interactions within a given cluster. 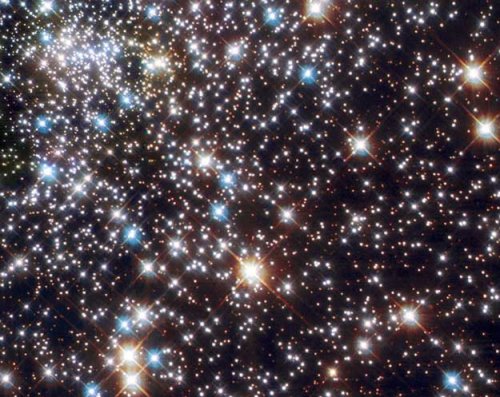 Now we may have found a planet that seems to be younger than it ought to be. Michael Jura (UCLA) and team report on the results in the Astrophysical Journal Letters, making the case that a planet orbiting an aging red giant may feed off mass flowing outward from its dying primary. A red giant can lose half its mass or more as it makes the transition to white dwarf, with sheets of material flowing into the outer system where aging gas giants may lurk.

Thus the white dwarf PG 0010+280, noted for its unexpectedly bright infrared signature in data UCLA student Blake Pantoja examined from the WISE (Wide-field Infrared Survey Explorer) mission. Spitzer observations from 2006 confirmed the excess of infrared, which could come from a small companion star — conceivably a brown dwarf — or a planet that has been rejuvenated by the inflow. The paper is careful to examine a range of alternatives, but further work is definitely called for given that this might represent planetary survival after the red giant phase.

At this point, we don’t have a good understanding of how common planets are around white dwarfs. Direct imaging has turned up a large gas giant at about 2500 AU orbiting the white dwarf WD 0806-661, and we also have theoretical calculations showing that planets can survive a red giant phase and remain in orbit around a white dwarf if they’re more than several AU out. Systems like this look to be unstable, with surviving minor planets eventually accreting onto the white dwarf to produce an enriched stellar atmosphere or a disk around the star. 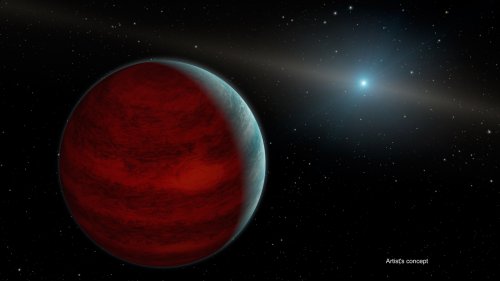 Digging around in the new paper, I learn that we find dust disks around about four percent of white dwarfs, with all of those so far studied also showing an atmosphere enriched with heavy elements like oxygen, magnesium, silicon and iron. These elements have been assumed to be leftover materials from asteroids pulled apart by gravitational forces. An excess at infrared wavelengths is one way researchers have looked for low-mass companions around white dwarfs, and the first assumption about PG 0010+280 surely went in the same direction.

But as we learn, this is one white dwarf that does not fit the model for asteroid disks well. PG 0010+280 shows an infrared excess but no sign of heavy elements. From the paper:

Its unique infrared color as well as the non-detection of heavy elements with high-resolution spectroscopic observations suggest a possible alternative origin than white dwarfs with infrared excess from a circumstellar disk. From fitting the SED [Spectral Energy Distribution], we can not exclude models of either an opaque dust disk within the tidal radius or a substellar object at 1300 K, from an irradiated object or a re-heated planet. Future observations, particularly with spectroscopic observations in the ultraviolet and near-infrared, could reveal the nature of the infrared excess.

To fit the data, a cool brown dwarf would need a radius too small to produce the observed infrared excess, while a hot brown dwarf (re-heated during the red giant phase) would be too hot. A re-heated giant planet remains a real possibility, and the paper adds that spectroscopy in the near-infrared might be able to detect the signature of such a world, whose rejuvenation would leave a huge amount of dust in its atmosphere. “Due to possible accretion of carbon-rich material, the composition of the object’s atmosphere could be substantially modified and display CH4 and CO.”

A gas giant like the one hypothesized here would be about ten times the size of its primary — white dwarfs are about the size of the Earth, and as this JPL news release notes, such a star would be small enough to easily fit inside the Great Red Spot on Jupiter.

The paper is Xu et al., “A Young White Dwarf with an Infrared Excess,” Astrophysical Journal Letters Vol. 806, No. 1 (abstract / preprint). Thanks to Ashley Baldwin for the pointer on this one.