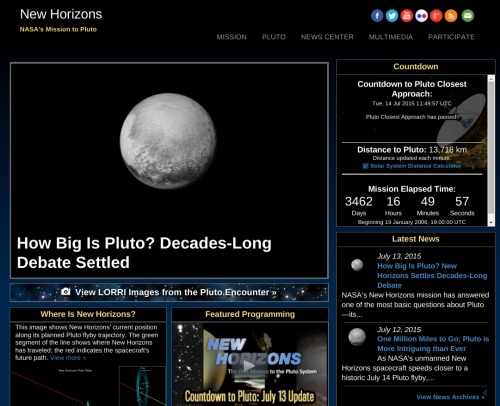 Closest approach for New Horizons was at 0749:57 EDT (1149:57 UTC), with closest approach to Charon at about 0806 EDT. Mission operations manager Alice Bowman told the media briefing that we arrived at Pluto 72 seconds early and 70 kilometers closer than the aiming point, all of which was well within mission specs. Nice work.

I’ve found Twitter the best place to keep up, along with NASA TV for the media briefings. The #PlutoFlyby hashtag has been so active that it’s sometimes hard to read the messages, a heartening demonstration of the powerful sentiment this mission invokes. I also track @New Horizons2015, @NASANewHorizons, @AlanStern and, of course, @elakdawalla — Emily Lakdawalla’s work has been definitive. The Twitterverse has been exploding.

And here is the latest image, showing 4 kilometers per pixel, about 1000 times higher than Hubble can provide. Much better still to come. Here we’re sixteen hours from closest approach, at a distance of 766,000 kilometers. Note the varying areas of brightness, with very bright terrain just north of the equator. It’s a surface, says Alan Stern, that shows a history of impact and surface activity, but we have so much yet to learn as more data arrive. 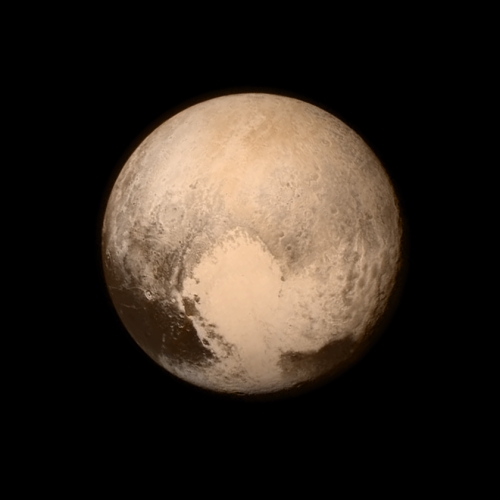 The New Horizons team saw the image above for the first time this morning around 0545 EDT. 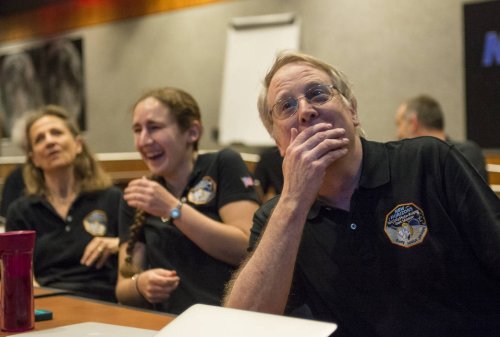 And now we wait. Stern estimates no more than two chances in 10,000 that we’ll lose New Horizons due to impact with debris, but until we get tonight’s signal, this writer at least is going to be on edge. After all, we’re crossing the orbital plane.