Trying to observe but not harm another civilization can be tricky business, as Michael Michaud explains in the article below. While Star Trek gave us a model for non-interference when new cultures are encountered, even its fictional world was rife with departures from its stated principles. We can see the problem in microcosm in ongoing events in Peru, where a tribal culture coming into contact with its modern counterparts raises deeply ambiguous questions about its intentions. Michaud, author of Contact with Alien Civilizations (Copernicus, 2007), draws on his lengthy career in the U.S. Foreign Service to frame the issue of disruptive cultural encounter. 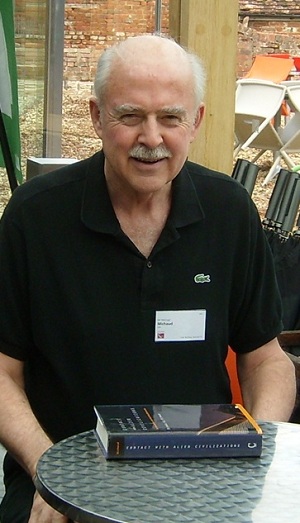 Science fiction fans all know of the Prime Directive, usually described as avoiding contact with a less technologically advanced civilization to prevent disruption of that society’s development. In a 1968 Star Trek episode, the directive was explicitly defined: “No identification of self or mission. No interference with the social development of said planet. No references to space or the fact that there are other worlds or civilizations.” Another version of the Prime Directive forbade introducing superior knowledge or technology to a society that is incapable of handling such advantages wisely.

Commentators have pointed out many violations of the directive in the Star Trek series (and in other science fiction programs). The Enterprise crew sometimes intervened to prevent tragedy or promote positive outcomes. De facto, observance of the Prime Directive was scenario-dependent.

Star Fleet personnel sometimes used hidden observation posts or disguises to watch or interact with natives. In one episode, Captain Kirk left behind a team of sociologists to help restore an alien society to a “human form.” At the other extreme, the Prime Directive was interpreted as allowing an alien civilization to die.

Star Trek was not the first source of a prime directive. In Olaf Stapledon’s 1937 novel Star Maker, superior beings take great care to keep their existence hidden from “pre-utopian” primitives so that the less advanced beings will not lose their independence of mind.

A recent article in Science reminds us that the practical application of such a principle in a real contact situation on Earth is riddled with complications and uncertainties. The government of Peru has been debating whether or not to make formal contact with a tribal people living in the Peruvian Amazon, sighted frequently over the past year.

Peruvian policy has been to avoid contact with isolated tribes and to protect them from intruders in their reserves. In practice, this policy has been difficult to enforce. Tour operators sell tickets for “human safaris;” some tribespeople loiter on the river bank, letting themselves be seen. One anthropologist said that they were deliberately seeking to interact with people on the river.

There is a dark side to tribal behavior. Some of the tribals raided a nearby village for supplies, killing two villagers.

The tribespeoples’ conflicting actions have left their desires unclear. Though some have sought goods, shooting arrows at Peruvians suggests that they do not want contact.

Peru’s government wants to train local people to avoid isolated tribes unless those tribes make the first move. The plan is to increase patrols, discourage raids, and make contact with the tribespeople only if they show a willingness for conversation.

This is termed “controlled contact.” Two anthropologists proposed in a Science editorial that “a well-designed contact can be quite safe,” but another group accused them of advocating a dangerous and misleading idea.

One of the proposed explanations for our non-detection of alien intelligences is the Zoo Hypothesis, which claims that more advanced civilizations deliberately avoid making themselves known to us so as not to disturb humankind’s autonomous development. Others suggest practical reasons for such apparently altruistic behavior. As Robert Rood put it, the only thing we could offer them is new ideas. Their intervention would stop our development.

Much of this debate has been driven by guilt over the impact of Western colonial powers on other Earthly societies. Star Trek and other science fiction treatments used interactions with aliens as allegories for our own world.

Some argue that external cultural influences can be positive. What we call Western Civilization was the product of many forces that came from outside. Europe’s major religions came from the Middle East. Others see Westernization as a threat that must be resisted, notably in the Islamic world.

If we ever find ourselves in contact with an alien civilization, one of the parties is likely to be more scientifically and technologically advanced than the other. Will the more powerful intelligences observe some sort of Prime Directive? That may be more complicated than many humans believe.