The Planetary Society’s LightSail-A, launched on May 20 of this year, demonstrated sail deployment from a CubeSat despite software problems that plagued the mission. You’ll recall that communications were spotty and the upload of a software fix was compromised because of the spacecraft’s continued tumbling. After a series of glitches, the craft’s sail was deployed on the 7th of June, with LightSail-A entering the atmosphere shortly thereafter, a test flight that did achieve its primary objective, serving as a prototype for the upcoming LightSail-1.

Mixing CubeSats with solar sails seems like an excellent idea once we’ve ironed out the wrinkles in the technology, and as I’ve speculated before, we may one day see interplanetary missions carried out by small fleets of CubeSats propelled by solar sails. Although the LightSail-A demonstrator mission was in a low orbit, LightSail-1 will deploy its four triangular sails once it reaches an orbital altitude of 800 kilometers. A key reading will be what sort of increase in the spacecraft’s orbital speed is observed once it deploys its sail at altitude.

We’ll be watching this one with interest in April of next year, when it is scheduled to launch aboard a SpaceX Falcon Heavy, itself the object of great interest (this will be its first launch). Whether the launch goes on time will depend upon how well SpaceX recovers from the recent Falcon 9 launch failure. Whenever it launches, a successful LightSail-1 flight would lead to two more solar sail projects on The Planetary Society’s agenda, with LightSail-3 traveling to the L1 Lagrangian point, a useful position for monitoring geomagnetic activity on the Sun.

NASA, meanwhile, has CubeSat plans of its own, likewise dependent upon the health of a booster, in this case the Space Launch System (SLS) rocket. The first flight of the SLS, planned for 2018, will carry an uncrewed Orion spacecraft to a deep space orbit beyond the Moon and return it to Earth. It’s interesting to see that the first SLS mission, according to this NASA information sheet, has the ability to accommodate eleven 6U-sized CubeSats. The standard 10×10×11 cm basic CubeSat is a ‘one unit’ (1U) CubeSat, but larger platforms of 6U and 12U allow more complex missions (LightSail-1 is built around a 3U CubeSat format). 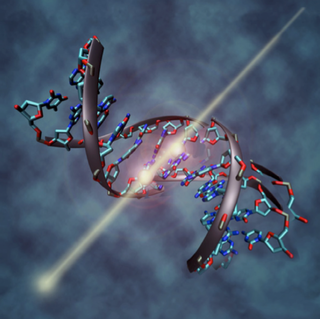 The future of CubeSats with NASA is confirmed by the Advanced Exploration Systems Division’s choice of three secondary payloads intended for SLS launch and a destination in deep space. BioSentinel is intriguing because it will mark the first time we’ve sent living organisms to deep space since the days of the Apollo missions. The organisms in question are yeast (S. cerevisiae), useful in studying DNA lesions caused by highly energetic particles. The idea is to operate in a deep space radiation environment for eighteen months, measuring the effects of radiation on living organisms at distances far beyond low Earth orbit. So far, the longest human mission in deep space was 12.5 days, accomplished by the crew of Apollo 17.

Crews aboard the International Space Station have obviously spent far longer in space, but only in low-Earth orbit, leaving us with plenty to learn about the effects of deep space on biological systems. Another use of CubeSats will be to scout out important targets near our planet, which is the mission designed for NEA (Near-Earth Asteroid) Scout. Here we have another solar sail/CubeSat combination, allowing maneuvering during cruise for the approach to an asteroid. The plan is to study a small asteroid less than about 90 meters in diameter, homing in on a range of parameters including the asteroid’s shape, rotational properties, spectral class, local dust and debris field, regional morphology and properties of its regolith. Ideally these data will be used to resolve issues related to the eventual human exploration of NEAs. 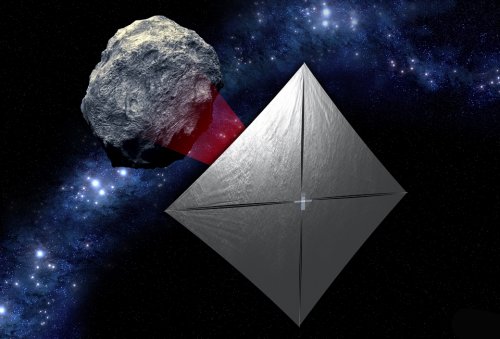 Lunar Flashlight is the third approved mission, a solar sail craft with a 6U CubeSat intended for insertion into lunar orbit to look for ice deposits and areas best suited for resource extraction by future human crews. So this one is likewise a scout, one whose sail will be able to reflect 50 kW of sunlight and light up dark craters at the lunar poles where surface water ice may be lurking. It’s also the first mission that will attempt to fly an 80 m2 solar sail. Repeated measurements will give us a chart of ice concentrations in these regions, while also building a catalog of places rich enough in materials to support in-situ resource utilization (ISRU).

The CubeSats designed for the first SLS mission won’t get a lot of the publicity when the big rocket flies, but if they perform as expected, they’ll be pushing the small modular satellite concept into new areas. Particularly with regard to solar sails, NEA Scout and Lunar Flashlight should give us opportunities to navigate and maneuver with sails, building experience for the larger sail missions of the future. Meanwhile, Japan’s IKAROS sail, in its ten-month solar orbit, remains in hibernation, with its fifth wake-up call scheduled for winter of this year. Remember that a 50 meter sail, an ambitious successor to IKAROS designed for a mission to Jupiter and the Trojan asteroids, is in the works, with launch some time later in the decade.