Science Fiction and the Symposium

Science fiction is much on my mind this morning, having just been to a second viewing of The Martian (this time in 3D, which I didn’t much care for), and having just read a new paper on wormholes that suggests a bizarre form of communication using them. More about both of these in a moment, but the third reason for the SF-slant is where I’ll start. The 100 Year Starship organization’s fourth annual symposium is now going on in Santa Clara (CA), among whose events is the awarding of the first Canopus Awards for Interstellar Writing. 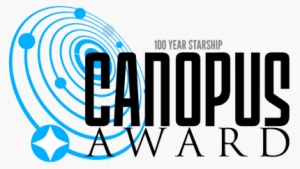 A team of science fiction writers will anchor what the organization is calling Science Fiction Stories Night on Halloween Eve. Among the writers there, I’m familiar with the work of Pat Murphy, whose novel The Falling Woman (Tor, 1986) caught my eye soon after publication. I remember reading this tale of an archaeological dig in Central America and the ‘ghosts’ it evokes with fascination, although it’s been long enough back that I don’t recall the details. Joining Murphy will be short story writer Juliette Wade, novelist Brenda Cooper and publisher Jacob Weisman, whose Tachyon publishing is a well-known independent press.

As to the Canopus Awards, they’re to be an annual feature of the 100 Year Starship initiative aimed at highlighting “the importance of great story telling to propel the interstellar movement” (I’m quoting here from their press materials). In case you’re looking for some reading ideas, here are the Canopus finalists going into the event.

In the category of “Previously Published Long-Form Fiction” (40,000 words or more):

Other Systems by Elizabeth Guizzetti

“Race for Arcadia” by Alex Shvartsman

“Twenty Lights to the Land of Snow” by Michael Bishop

“The Waves” by Ken Liu

“The Disease of Time” by Joseph Schmidt

“Why Interstellar Travel?” by Jeffrey Nosanov

“Finding Earth 2.0 from the Focus of the Solar Gravitational Lens” by Louis D. Friedman and Slava Turyshev

Of Martians and Wormholes

This will be the first 100YSS symposium I’ve missed and I’ll regret missing the chance to meet Pat Murphy and see Mae Jemison, Lou Friedman, Jill Tarter and many others who have made past events so enjoyable. I imagine Jack McDevitt will be there as well; he usually goes to these. His Canopus Award entry Coming Home (Ace, 2014) is another in the Alex Benedict series, featuring a future antiques dealer among whose many artifacts are ‘antiques’ that were crafted far in our own future. I mention Jack because I admire him, have read all the Alex Benedict novels, and thought Coming Home was one of his best.

As to The Martian, it’s a movie I loved for its attention to detail and the sheer bravura of its proceedings. For people who remember Apollo, the idea of a Mars exploration program of similar audacity is a wonderful morale-booster, a reminder that the spirit that took us to the Moon is still alive. It also makes for a jolting comparison between those days and today’s public apathy and budgetary dilemmas, all of which make Mars a target that always seems to be, like fusion, somewhere in the future. Movies like The Martian could do something to reach younger generations, and perhaps ignite interest in both government and private attempts to get to the Red Planet. But be aware that the regular version offers far more verisimilitude than the 3D, whose effects seem contrived and often distracting.

I don’t have time to dig deeply into Luke Butcher’s new paper on wormholes, but I do at least want to mention this effort as one that has caught the interest of wormhole specialist Matt Visser, and should intrigue science fiction authors for its plot possibilities. Working at the University of Cambridge, Butcher has been studying how to keep wormhole mouths open, the problem being that although people like Kip Thorne have speculated on using negative energy to do the trick, wormholes appear to be utterly unstable, closing before they can be used.

If wormholes do exist and we could find a way to use them, we might have a way to cross huge distances without contradicting Einstein’s limits on travel faster than light, using the wormhole’s ability to shortcut its way through spacetime itself. Butcher looks at negative energy in terms of Casimir’s parallel plates sitting close together in a vacuum. What if a wormhole’s own shape could generate such Casimir energies, thus holding it open long enough to use? 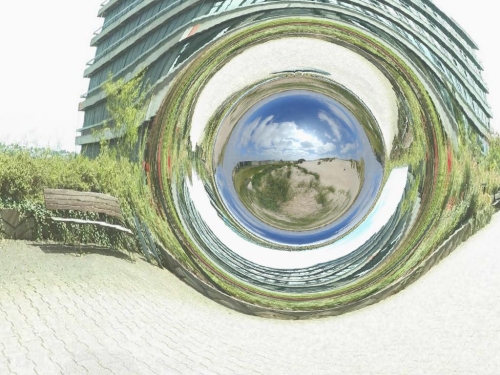 Image: Imagining a wormhole. Here we see a simulated traversable wormhole that connects the square in front of the physical institutes of University of Tübingen with the sand dunes near Boulogne sur Mer in the north of France. The image is calculated with 4D raytracing in a Morris–Thorne wormhole metric, but the gravitational effects on the wavelength of light have not been simulated. Credit: Wikimedia Commons.

Butcher can’t find ways to keep wormholes open for long, but he does offer the theoretical possibility that we might be able to keep one open long enough to get a beam of light into it. Get the picture? Communications moving through the wormhole, with the same effect as if they were moving faster than light, with all the interesting causal issues that raises. From the paper:

…the negative Casimir energy does allow the wormhole to collapse extremely slowly, its lifetime growing without bound as the throat-length is increased. We find that the throat closes slowly enough that its central region can be safely traversed by a pulse of light.

So there you are, science fiction writers, another plot possibility involving communications between starships or, for that matter, between planets in, say, a galaxy-spanning civilization of the far future. Make of it what you will. The delight of science fiction is that it can take purely theoretical constructs like this one and run down the endless chain of possibilities. In our era of deep space probes, astrobiology and exoplanet research, science fiction has truly moved out of the literary ghetto in which it once saw itself enclosed. Canopus Award winners take note: You’re starting to go mainstream.