A Bill for a Starfaring Future

Back in 2012 I reported on Peter Garretson’s What Our Civilization Needs is a Billion Year Plan, an essay advocating a robust human expansion to the stars. Lt. Col. Garretson lives and breathes futuristic issues. A transformational strategist for the US Air Force, he has served as an airpower strategist and strategic policy advisor to the Chief of Staff of the Air Force on his Strategic Studies Group, the Chief of Irregular Warfare Strategy, Plans and Policy, and spent four years as the Chief of Future Technology for HQ USAF Strategic Planning. He is currently an Instructor of Joint Warfare at Air Command and Staff College and the lead for Space Horizons, Air University’s endeavor to “re-imagine spacepower in the age of asteroid mining.” A long-time space advocate, he has written widely on issues ranging from planetary defense to solar power; you can follow his work at his website: http://www.petergarretson.com/. In today’s open letter to Centauri Dreams, he lays down a first draft for a bill aimed at energizing NASA’s role in developing the technologies needed for starflight.

by Peter A. Garretson 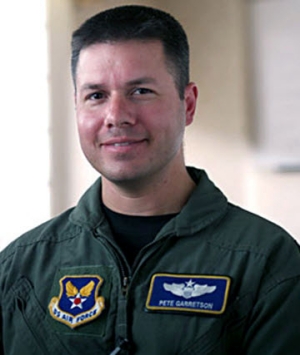 Sooner or later we are going to discover an Earth-like exoplanet, and when we do, we are going to want to go there. The 100 Year Starship, Icarus Interstellar, Tennessee Valley Interstellar Workshop, Initiative for Interstellar Studies, Tau Zero and Centauri Dreams are all catalyzing terrific work that forwards general spacefaring and space industrial capabilities. And like NASA’s BPP more low-dollar work could lead to great NIAC-like thinking and advances. Those of us who already know that this should be our direction should have ready legislation to move forward. Here is an initial draft of what might be in such a bill:

And if it is the dream of Congress, by America’s Quadricentennial (2176) America will have reached another star.

To that end, NASA, the DOE, and DoD are authorized and encouraged, in concert, and in concert with private industry and academia to:

NASA is directed to: