It’s been awhile since I’ve seen Ian Crawford (Birkbeck College, London) — I think we last talked at one of the 100 Year Starship events — but I’m pleased to see his latest popular essay How to build a starship – and why we should start thinking about it now. A professor of planetary sciences and advocate of manned space exploration here in the Solar System, Crawford takes on the necessary task of acquainting a larger audience with something Robert Forward put forth as a maxim: ‘Starflight is difficult and expensive, but not impossible.’

Following decades of work on beamed sail technologies, antimatter and space tethers, Forward wrote that line in 1996, but it summed up statements he had been making for decades. Gregory Matloff and Eugene Mallove would echo him in their Starflight Handbook (Wiley, 1989), with an emphasis on the ‘difficult’ aspect of the journey: “Starflight is not just very hard, it is very, very, very hard!” So I guess we could say starflight is hard3. Matloff, who knew Forward well, has never entertained any illusions about the magnitude of the task.

Neither has Ian Crawford, who wants to keep Forward’s injunction out there. If there were some aspect of known physics that would have to be contradicted to make star travel possible, we would look at the matter differently. But instead we find vast problems of engineering and the need to overcome huge distances with craft that can operate for decades and perhaps centuries, returning data at the end of the journey. Crawford’s work has always engaged me because of his inherent optimism, and here he makes the case that ongoing work in areas like nanotechnology may get us to at least small, robotic space probes sooner than we think. 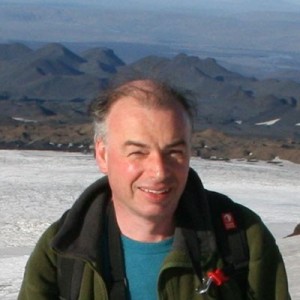 The driver for such an attempt, in my view, would be the discovery of a nearby world in the habitable zone of its star. But it would take more than its presence. We would also have to have data from future space missions (and the next generation of ground-based telescopes) that showed biosignatures in the planet’s atmosphere. If we could make a strong case for there being a living world around, say, a planet of Proxima Centauri, we would surely want to make closeup investigations to learn about how evolution has played out on such a world.

Crawford gives a nod to the five craft that are currently on track to leave our Solar System altogether — the two Pioneers, the two Voyagers, and New Horizons. All will fall silent long before they approach another star, though I have been trying to resurrect a Sagan idea from the early Voyager days that one or both craft could have their trajectories adjusted with a final, tank-emptying burn to make a stellar encounter more likely in tens of thousands of years. If this sounds quixotic, it’s meant to be. It would be a purely symbolic statement of what our species can do (and as for the more practical details, I’ll turn you to my essay Voyager to a Star).

But actual scientific return is another matter. It will require not ‘new physics’ but an expansion of our existing capabilities into areas of long-lifetime instrumentation and advanced laser communications, not to mention propulsion technologies like beamed power, fusion or more exotic methods. We’ve investigated the latter in the pages of Centauri Dreams, and Crawford has written them up in a 2010 paper called “‘A Comment on ‘The Far Future of Exoplanet Direct Characterization’ – The case for Interstellar Space Probes” (citation below).

Over the years, scientists have worked out a number of propulsion designs that might be able to accelerate space vehicles to these velocities… While many of these designs would be difficult to construct today, as nanotechnology progresses and scientific payloads can be made ever smaller and lighter, the energies required to accelerate them to the required velocities will decrease.

So we can talk about nuclear possibilities. Here I lean much more strongly toward nuclear pulse methods (think Project Orion) than fusion, though it will be interesting to see what the Icarus Interstellar team comes up with as it continues to refine the 1970’s-era Project Daedalus starship, which itself was based on a still-unavailable method called inertial confinement fusion, as studied by Friedwardt Winterberg. Using the energy released by either splitting or fusing atomic nuclei has long been studied by interstellar theorists, as has the much more powerful annihilation of matter and antimatter, though this is plagued by production problems (we can’t produce remotely enough) and certainly by storage issues for large amounts of antimatter.

Everything from interstellar ramjets to beamed laser or microwave sails is in the database here. Of the latter, Crawford says this:

Spacecraft using “light-sails” pushed by lasers based in the solar system are also a possibility. However, for scientifically useful payloads this would probably require lasers concentrating more power than the current electrical generating capacity of the entire world. We would probably need to construct vast solar arrays in space to gather the necessary energy from the sun to power these lasers.

Absolutely so, making the construction of a space-based infrastructure here in the Solar System a prerequisite for sending our first true interstellar probes. As Crawford notes, we are talking about systems far too large and certainly too power-laden to contemplate launching from Earth. They’ll be constructed in space as an outgrowth of this infrastructure. “This means,” Crawford adds, “that interstellar space travel is only likely to become practical once humanity has become a spacefaring species.”

So there is a path for development here that acknowledges our current inability to send craft with data return capability to nearby stars, and addresses the problem by moving step by step to gradually acquire the needed expertise. This takes us to the Moon and Mars and beyond:

We need to progressively move on from the International Space Station to building outposts and colonies on the Moon and Mars (as already envisaged in the Global Exploration Roadmap). We then need to begin mining asteroids for raw materials. Then, perhaps sometime in the middle of the 22nd century, we may be prepared for the great leap across interstellar space and reap the scientific and cultural rewards that will result. 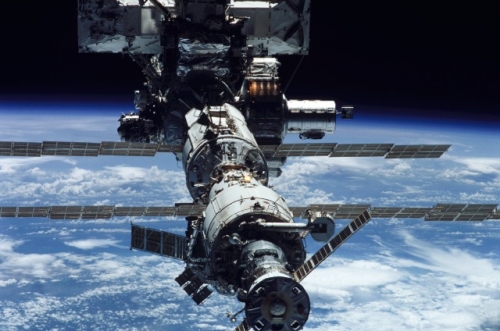 Crawford’s is a vision that places interstellar efforts into a broad context, one that will have to build the necessary levels of public support, and of course it will also have to show short-term value by way of scientific return and, in the case of asteroid mining, the necessary raw materials for growing the infrastructure. I think the middle of the 22nd Century is a highly optimistic goal, but it’s one worth working toward, and we can’t know what kind of breakthroughs may occur along the way (again, my money is on nanotech) to make the process quicker and more effective. Star travel may be hard3, but what else would we expect when it comes to translating a great imaginative venture into a mission that will someday fly?