Toward a Space-based Anthropology

Cameron Smith is no stranger to these pages, having examined the role of evolution in human expansion into space (see Biological Evolution in Interstellar Human Migration), cultural changes on interstellar journeys (Human Universals and Cultural Evolution on Interstellar Voyages), as well as the composition of worldship crews (Optimal Worldship Populations). An anthropologist and prehistorian at Portland State University, Dr. Smith today offers up his thoughts on the emerging discipline he calls space anthropology. How do we adapt a field that has grown up around the origin and growth of our species to a far future in which humans may take our forms of culture and consciousness deep into the galaxy? What follows is the preface for Dr. Smith’s upcoming book Principles of Space Anthropology: Establishing an Evolutionary Science of Human Space Settlement, to be published by Springer later this year. 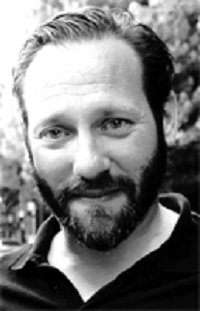 In 1963, Siegfried J. Gerathewohl, NASA’s biotechnology chief, wrote the following passage early in his foundation text, Principles of Bioastronautics, outlining the need for this new field of study:

“Manned excursions into space require new types of vehicles, machines and hardware which were unknown in conventional flying. They will carry the traveler into such foreign environments as to pose serious problems of health and survival. The new field of medicine, which studies the human factors involved and the protective measures required, has been called space medicine. From its cooperation with modern technology, particularly with electronics, cybernetics, physics, and bionics, space biotechnology has branched out as a novel field of bioengineering.” [1:5-6]

At the time of that publication, less than ten people had been in space; the moon landings were yet vague plans, the robotic reconnaissance of our solar system was in its infancy and virtually nothing was known of human biology in space. Two generations later, space exploration and space sciences are at an historical apex of activity and rapid technical progress. Low Earth Orbit has been continuously occupied by at least one person, continuously, for over a quarter century, yielding thousands of scientific studies on space biology; Mars has been swarmed by robotic explorers seeking traces of life and mapping landscapes for human exploration and settlement; dozens of private companies and even individuals are re-inventing basic space exploration technologies with cheaper materials and methods than those of last century’s space age with the aim of lowering the cost of space access, and astronomy has entered a new age, with space-based technologies identifying multitudes of exoplanets now slated to be examined for traces of life with methods just coming on-line.

One significant outcome of these many efforts to better understand our stellar neighborhood will be the settlement of space by populations of humans and their domesticates. The ancient dream of setting off across space to explore and settle new lands—for freedom, exploration, economic advantage, the safeguarding of humanity by spreading out from the home planet, and a multitude of other motivations—appears more likely than ever, and its earliest steps are being taken now. For example, the SpaceX corporation was founded “…to revolutionize space technology, with the ultimate goal of enabling people to live on other planets” [2] and indeed in October 2016 Elon Musk is set to announce detailed Mars settlement plans. Such proposals involve not just individual people but populations, which have their own biological and behavioral (cultural) properties. In the same way that space exploration required Gerathewohl’s bioastronautics, space settlement planning requires a field of study to ensure that plans are designed and carried out informed by all we know of the adaptive tools and techniques of our species.

A New Branch of Anthropology

Traditionally, the study of humanity’s adaptations has been the domain of anthropology. Over the last century this field has capably documented our species’ remote origins, long and complicated evolution, and myriad manifestations in the present, but it has only occasionally (and then unsystematically) forayed into humanity’s distant future (e.g. see [3,4,5]). It is a premise of this book that that future should include the human settlement of environments beyond Earth, particularly for the purposes of safeguarding humanity’s apparently unique mode of consciousness, its hologenome and many of its domesticates, and the totality of human knowledge—accumulated over about 3,000 generations since the origins of behavioral modernity—by the method of establishing populations of humanity culturally and biologically independent of our home planet. I discuss arguments for space settlement in [5] and [6], but in the present book I focus on how the resources and expertise of anthropology may be deployed to assist in the goals of human space settlement.

While bioastronautics was established during the First Space Age (hereafter FSA) with tight focus on safeguarding the short-term health of individuals or small crews, today, plans include space settlement by communities, which raises many new issues; individual physiology is a different phenomenon than, say, population genetics, and individual psychology as short-term adaptation is different from cultural adaptation by reshaping cultural norms in accordance with new circumstances; I tabulate some other such differences below.

For these reasons a new field of study is required. In this book I propose, describe, and outline the scope of space anthropology or exoanthropology, and present some of my own results in this new discipline.

In the same way that Gerathewohl identified the need for his field in the quotation at the opening of this Preface, below I formally outline the need for space anthropology:

Space settlement will require novel biological and cultural adaptations to support populations of humans, on multigenerational timescales, in environments so far unfamiliar to our species even after 100,000 years of human cultural and biological adaptation to myriad Earth environments. The new field of anthropology that studies such adaptive efforts is space anthropology or exoanthropology, exo- referring to beyond Earth, in the same way it is used in the term exobiology.

Specifically, I propose space anthropology to have three main functions:

The scope of exoanthropology, then, will be broad. I propose it as an applied form of anthropology with the specific goal of evaluating the adaptive capacities of our species, both biologically and culturally, so that they may be best deployed to assist in successful permanent space settlement. This will guide space settlement planning in a genuinely adaptive and evolutionarily-informed way, applying the lessons of billions of years of Earth life adaptation to what I consider to be the completely natural and expected dispersal of life throughout the solar system and beyond. This book, then, will thoroughly review the phenomenon of evolutionary adaptation, particularly among our species.

Human ‘adaptive tools’ are biological and cultural (which subsumes technology) [7]; an array of such adaptations so far recognized in the Earth’s cold, high altitude and hot regions are tabulated below as examples—these will be fully explored later in this book.

Some Human Adaptations to Earth Environments