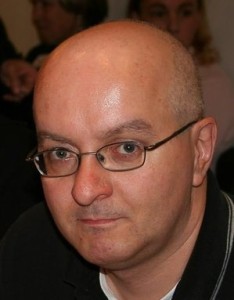 The interstellar community is a small one, and reporting the loss of one of our number is not easy. SETI researcher Stéphane Dumas, who had been working with Claudio Maccone on the application of the Karhunen–Loève transform (KLT) for SETI observations, has died unexpectedly at his home in Quebec. I remember a wonderful conversation with Stéphane at one of the 100 Year Starship meetings in Houston, where we got into a spirited exchange about interstellar propulsion. It was, alas, the only time I spent with the man, but he was also active on the advisory board for Jon Lomberg’s One Earth Message project, and so we interacted electronically. Below is a video of Stéphane and Claudio Maccone presenting the latest work in mathematical SETI. You’ll find Stéphane’s talk at about 34:56 on the counter.

Previous post: Structure and Composition of a White Dwarf Planet