If our Solar System had a ‘hot Jupiter’ that migrated inward after Mars, Earth and Venus had formed, would any of the terrestrial planets have survived? It’s a question worth pondering given how many hot Jupiters we’ve turned up, raising the question of how these planets form in the first place. One possibility is formation in situ, close to the parent star. But there is also an argument for migration, with planets forming in cooler regions further out in the system and migrating inward as a result of interactions with the protoplanetary disk or other planets.

Perhaps the planet known as K2-33b can help us with some of this. It is no more than 11 million years old, in an orbit that creates a transit every 5.4 days. With follow-up observations by the MEarth arrays on Mount Hopkins (AZ) and at the Cerro Tololo Inter-American Observatory in Chile, researchers led by Andrew Mann (University of Texas at Austin) have been able to determine that K2-33b is a Neptune-class world some five times the size of Earth, orbiting at a distance of about 8 million kilometers. The host is an M-class star several million years old.

“Young stars tend to be very blotchy, with starspots that can mimic a transiting planet. Our observations ruled out stellar activity and proved that the Kepler signal came from a bona fide planet,” says Elisabeth Newton of the Harvard-Smithsonian Center for Astrophysics (CfA), co-author of a study slated to appear in the Astronomical Journal. “We were also able to measure the planet’s size and orbit more accurately.”

High resolution imaging using the Keck II instrument and Doppler spectroscopy at McDonald Observatory in Texas also confirmed the planetary nature of the detection. Two teams went to work independently on this world, the second led by Trevor David (Caltech), using data from the W. M. Keck Observatory in Hawaii to validate the planet. The hope of both is that K2-33b will help us understand planet formation, particularly since the parent star still retains portions of its disk material, a fact confirmed by the Spitzer instrument. Caltech’s David comments:

“Astronomers know that star formation has just completed in this region, called Upper Scorpius, and roughly a quarter of the stars still have bright protoplanetary disks. The remainder of stars in the region do not have such disks, so we reasoned that planet formation must be nearly complete for these stars, and that there would be a good chance of finding young exoplanets around them.” 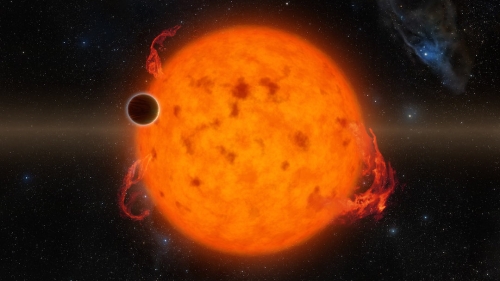 Image: K2-33b, shown in this illustration, is one of the youngest exoplanets detected to date and makes a complete orbit around its star in about five days. These two characteristics combined provide new directions for planet-formation theories. K2-33b could have formed on a farther out orbit and quickly migrated inward. Alternatively, it could have formed in situ. Credit: NASA/JPL-Caltech/R. Hurt.

Given K2-33b’s proximity to its star, migration would have occurred early indeed, or else the planet is an indication that giant planets actually form this close to their host. Mann’s team points to these possibilities and sketches a course of future research. From the paper, which is to appear in The Astronomical Journal:

The upper limit on K2-33b’s age provided by its ≃11 Myr stellar host suggests that it either migrated inwards via disk migration or formed in-situ, as planet-star and planet-planet interactions work on much longer timescales… This discovery makes it unlikely that such long-term dynamical interactions are responsible for all close-in planets. However, it is difficult to draw conclusions about the dominant migration or formation mechanism for close-in planets given the sample size and incomplete understanding of our transit-search pipeline’s completeness.

That’s a telling point, for selection effects may be at work here — K2-33b may have an atypical history that made its detection easier for a planet of this age. To learn more, we need to widen the search:

A full search of all young clusters and stellar associations surveyed by the K2 mission, with proper treatment of detection completeness is underway. This, along with improved statistics provided by the TESS and PLATO missions, will provide an estimate of the planet occurrence rate as a function of time. Trends (or a lack of trends) in this occurrence rate could set constraints on planetary migration timescales.

Publishing in Nature, Trevor David’s team takes note of K2-33b’s peculiarities, which could indeed point to the planet being an outlier:

Interestingly, large planets are rarely found close to mature low-mass stars; fewer than 1% of M-dwarfs host Neptune-sized planets with orbital periods of < 10 days, while ∼ 20% host Earth-sized planets in the same period range. This may be a hint that K2-33b is still contracting, losing atmosphere, or undergoing radial migration. Future observations may test these hypotheses, and potentially reveal where in the protoplanetary disk the planet formed.

What we do have indisputable evidence for is that a large planet can be found at a small orbital distance not long after the dissipation of the system’s nebular gas. Given the short timescales available here, the paper argues, tidal circularization of an eccentric planet or planet-planet or planet-star interactions cannot explain K2-33b’s current orbit. Formation in place or migration from within the gas disk remain as possibilities. We have a lot of work ahead to figure out just how unusual this planet is, and whether or not it is still in the process of adjusting its orbit.

Next post: Pluto: Evidence for a Liquid Internal Ocean