Is the K2-72 system, discussed yesterday as part of a recent exoplanet announcement from Ian Crossfield and colleagues, as intriguing as it looks? Ravi Kopparapu has some thoughts on the matter. Dr. Kopparapu’s work on exoplanet habitability is well known to Centauri Dreams readers — he offered an overview in these pages called How Common Are Potential Habitable Worlds in Our Galaxy?, which ran in 2014. An assistant research scientist at NASA GSFC and the University of Maryland, Dr. Kopparapu began his exoplanet career with James Kasting at Penn State following work on the LIGO collaboration enroute to his PhD from Louisiana State. Analyzing habitable zone possibilities around different kind of stars, as well as modeling and characterizing exoplanet atmospheres, plays a major role in his research interests. I was pleased to receive the following note on the recently announced K2-72 system and want to run his thoughts today given the interest this unusual system has already begun to generate. 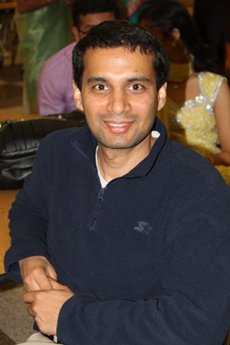 Having read your article on new K2 planet discoveries on Centauri Dreams (see Intriguing System in New Exoplanet Haul), I was interested to go back to Crossfield’s paper to look more carefully at the data tables given at the end of their paper. I found couple of interesting things, which I am sure the team must have noticed too.

1. The paper, and your article, mentions a system with four potentially rocky worlds (I am using ‘potentially’ here because I am hoping there may be more refined measurements of the stellar radius eventually), and “The irradiation levels for several planets are also quite consistent with Earth’s insolation.” This system is listed as K2-72 in Ian’s data tables.

I looked at this table, and found that out of the four, two of them (K2-72c and K2-72e) can be considered to be in the Habitable Zone (HZ) of the host star. The habitable zone limits are from my climate model calculations. [See citations at the end of this post].

Now, there are some 3-D climate model results, including some from our group, that keep the planet ‘c’ comfortably within the HZ, if that planet is covered with oceans. In that case, the K2-72 system would have two potential habitable planets (please note my stress on ‘potential’). We do not know the water content of planet ‘c’, so we can not make any definitive statements. So, to be on the safe side, let’s assume there is an Earth-Venus twin in the K2-72 system.

2. There is another interesting system that also got my attention: K2-3d and K2-3c. These planets are nearly Earth-size, and as with the K2-72 system, they are also very similar in size with each other….as are Earth & Venus in our Solar system. What’s more, the stellar flux incident on these planets also varies by a factor of two between each other (0.8 Earth flux for K2-3d, and 1.77 Earth flux for K2-3c)…just as Earth & Venus!

The similarities of these systems with Earth and Venus based only on size and incident flux (which is the only thing we can measure now with transit photometry) are astonishing. These two systems would be excellent candidates for follow-up characterization campaigns depending upon how bright are the host stars. It is amazing that within the bounty of planets from this data, there are already two systems VERY close to Earth-Venus similarities.