At the Breakthrough Starshot Meetings

An interesting typo — I had started to write ‘On the plane back from Proxima b,’ still a bit groggy from lack of morning coffee. Let’s correct that to ‘On the plane back from San Francisco.’ I was coming back from the Breakthrough Starshot meetings, most of which took place at Moffett Field, a former naval air station that NASA owns through its adjacent Ames Research Center. Presume no NASA involvement, though — Moffett Field is used by many and includes three university branch campuses as well as the building leased by Breakthrough Starshot.

My plan had been to settle in on the plane with my notes as I worked out what to say about the trip. Instead, I succumbed to sleep for a good part of the journey. I had slept well each night, but the meetings were intense and the note-taking non-stop. I arrived two hours after the first of them began in a small boardroom, wedged myself into a chair in the corner after nodding hello to a number of familiar faces, and began taking notes by hand, since the space was too tight for my laptop. Fortunately, things sorted themselves out after the break and I could type again.

The Cast of Characters

Looking around the table, I could see Cornell’s Mason Peck, whose work on ‘sprites’ — tiny ‘spacecraft on a chip’ — has long been a topic of conversation in these pages, and one that fits tightly into the Breakthrough Starshot concept. Former Planetary Society director Lou Friedman was there, a sail pioneer who had worked with NASA’s early concept for a Halley’s Comet mission and who led the Society’s initiative into launching small sails into space. Greg Matloff (CUNY) was down the row, an interstellar researcher whose book The Starflight Handbook was the trigger for my own decision to go deeply into the topic; his wife, the artist C Bangs, was not at the meetings, but we had an enjoyable dinner conversation and museum tour.

Martin Rees, Britain’s Astronomer Royal, was at the corner of the table, a cosmologist and astrophysicist I was delighted to meet for the first time at lunch that day. Microwave and plasma physicist Jim Benford would come in shortly after I did; his brother Greg arrived that night. Mae Jemison was there from 100 Year Starship, as was Phil Lubin, whose ideas on lasers had led to consideration of building a beamer in southern latitudes to drive Starshot’s fleet of small sails. Laser and adaptive optics specialist Bob Fugate headed up the beamer subcommittee (Jim Benford led the sail group) and Harvard’s Avi Loeb chaired the meetings.

There are too many people to simply list here — I’ll let these and others speak in the rest of my reports on Breakthrough Starshot. Suffice it to say that many people I had written about before on Centauri Dreams were involved in these meetings, some of whom I was encountering in person for the first time. There would be plenty of time to talk at the dinners each night and I’ll be reporting on some of these conversations, such as a fine evening talking to JPL’s Slava Turyshev and Olivier Guyon, and Indian food with the Benfords and UNM’s Rafael Fierro. Drinking a Sazerac with Jim Benford and UNM’s Chaouki Abdallah was a highlight. 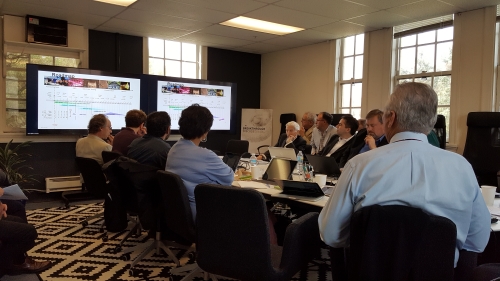 Fig02: Facing the camera at the end of the table on the left is Martin Rees. That’s Lou Friedman behind him, Slava Turychev, Kevin Parkin, Mason Peck (behind Mason is Roald Sagdeev, although hard to see). On the other side of the table, from the left with backs turned, is Larry Krauss, Claire Max, Phillip Lubin, Mae Jemison and Pete Klupar. The picture doesn’t catch many of the people sitting around the sides of the room. When we met in full committee, it was a tight but manageable squeeze. The subcommittee scenes were roomier.

The Entwined Proxima Centauri b

On the flight out, I had spent a good bit of time tweaking what I wanted to say about Proxima b. I had the discovery paper in my bag and had already written a rough draft that I would publish when the embargo lifted. As you might imagine, Proxima b was much on the minds of the Breakthrough team, all of whom were well aware of Pale Red Dot’s accomplishment in finding a provocative planet around the nearest star. The subject would dominate many conversations.

I’ve seen some reports that the discovery of Proxima’s planet has given Breakthrough Starshot its target. But I think this is a mistaken assumption. In fact, no target has yet been chosen because it’s far too early to make such a choice. What Proxima b does deliver is the first planet around another star within range of this project. We shouldn’t assume it will be the last.

Remember that we are dealing with a multi-decade project, one I’ll sketch out in more detail in tomorrow’s post. That means we have some time to work out the best choice of destinations. And right now we have not just Proxima Centauri on our doorstep, but also Centauri A and B, the former a G-class star a bit larger than the Sun, the latter a K-class dwarf of considerable interest. Either of these could have planets of their own, and within the decade or perhaps a bit beyond, we should be able to make a definitive statement about further possibilities. 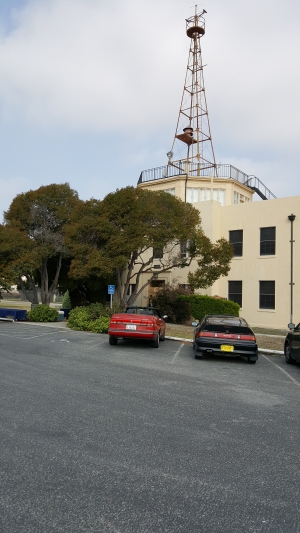 The fact that we can’t do more with Centauri A and B right now is because their angular separation in the sky is too tight. In fact, as seen from Earth, they closed to within their closest distance last spring. In coming years, as the separation again widens, we should be able to bring our radial velocity tools to bear to again delve into possible planetary systems there.

Which would you choose, if the choice were between a terrestrial-class world in the habitable zone around, say, Centauri B and a planet of similar size and interest around Proxima? My suspicion is that the Centauri B world would receive the nod, but bear in mind even as I say this that Breakthrough Starshot is envisioning not one but thousands of small sailcraft. If that scenario occurs, and given the fact that once a beamer has been built on Earth it will become a tool that can be used for many missions, we will eventually explore all three Centauri stars.

Image: Building 18 at Moffett Field. Most of the buildings in this area were built in the 1920s or so, an unusual setting for starship deliberations, but I enjoyed the irony. I also learned that Breakthrough Initiatives has purchased new facilities in downtown Palo Alto.

But I don’t think anyone at the Breakthrough Starshot meetings will forget the buzz that Proxima Centauri b caused. It is our first detected world around the closest stellar system (Centauri B’s lone planet is widely considered to have been an artifact of activity on the star itself, misread as a planetary signature), and at a dinner on the second night, the scientists who spoke enjoyed referring to ‘a rumored planet’ around Proxima. It always brought a laugh because everyone knew it was the real deal, and the announcement would be the next day.

Tomorrow I’ll take a broader look at Breakthrough Starshot, its aims and possible schedule, while working in more observations from the various meetings both official and social. As we’ll see, the number of breakthroughs needed here is formidable, and my belief is that the mission outline will change substantially as the early simulations and experimental work are performed.

As occurs at any such conference, a lot of things get done at meals and in the hallways as the proximity of researchers sparks ideas. I tried to keep my head down and my ears open, so we’ll have a lot to talk about in coming days.

Next post: Breakthrough Starshot Report 2: Drilling Down to the Basics