Proxima b: Obstacles and Opportunities

Meeting people I’ve written about is always a pleasure at gatherings of the interstellar-minded, and I was delighted to run into Victoria Meadows (University of Washington) in the lobby of our hotel on the final day of the Breakthrough Starshot meetings. Rory Barnes is a colleague of Meadows at UW and recently described the research underway at the Virtual Planetary Laboratory there, at which Meadows is the director. Barnes’ essay Opportunities and Obstacles for Life on Proxima b appeared as a guest post on the Pale Red Dot site. I wished I had time to discuss Proxima with Meadows, but our meeting was brief as everyone dispersed for dinner.

What Meadows and fellow researchers Giada Arney, Edward Schwieterman and Rodrigo Luger are doing is to produce computer models through which they can study Proxima b’s habitability, based on everything from the planet’s orbit to the characteristics of not just its host star, but the nearby stars Centauri A and B. Out of this come conclusions about the possibility of life, not all of which are positive. We’re reminded that being in the habitable zone is just one of a series of complex requirements for producing sustainable life on a planet.

Let’s review what we’ve learned so far about Proxima b in the short time since its detection. Its year is 11.2 days in an orbit that may or may not be circular. The planet seems to be a bit more massive than the Earth, and we may learn that it is several times as massive. Its host star, Proxima Centauri, is only 12 percent as massive as the Sun, and like many red dwarfs, it is known to be a flare star. Whether or not it is gravitationally bound to Centauri A and B remains an open question, though most astronomers I’ve talked to think that it is. As I did yesterday, I’ll also refer you to Andrew LePage’s Habitable Planet Reality Check: Proxima Centauri b. 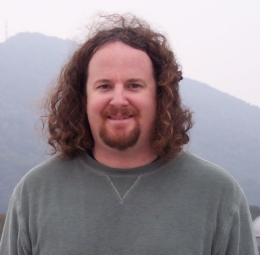 Is Proxima b a rocky world? Barnes thinks the odds on that are good. As explained yesterday, radial velocity methods, by which Proxima b was detected, can provide no more than a minimum mass. Few of the possible orbits for Proxima b that are consistent with the data — only about 5 percent of them, in fact — yield a planet above 5 Earth masses, which is good news for a rocky composition. We’ve already discussed factors like tidal lock and flares from the host star, but Barnes brings another issue into the mix. Just how did this planet evolve?

Here’s the issue in a nutshell:

The history of Proxima’s brightness evolution has been slow and complicated. Stellar evolution models all predict that for the first one billion years Proxima slowly dimmed to its current brightness, which implies that for about the first quarter of a billion years, Proxima b’s surface would have been too hot for Earth-like conditions. As Rodrigo Luger and I recently showed, had our modern Earth been placed in such a situation, it would have become a Venus-like world, in a runaway greenhouse state that can destroy all of the planet’s primordial water.

All of this flows from what happens at the molecular level, as Barnes explains:

This desiccation can occur because the molecular bonds between hydrogen and oxygen in water can be destroyed in the upper atmosphere by radiation from the star, and hydrogen, being the lightest of the elements, can escape the planet’s gravity. Without hydrogen, there can be no water, and the planet is not habitable. Escaping or avoiding this early runaway greenhouse is the biggest hurdle for Proxima b’s chances for supporting life.

Image: The University of Washington’s Rory Barnes, whose work focuses on planets in and around the “habitable zones” of low-mass stars, showing how their composition, orbital oscillations, and tidal processes affect our concept of planetary habitability. Credit: UW.

So we have a habitable zone that, over time, moves inward, with the distinct possibility that Proxima b might have lost its water in the first ten million years of its existence. Even if some water remains, Barnes writes, the atmosphere may then contain large quantities of oxygen, a reactive element that could well have prevented the formation of prebiotic molecules. Our own Earth eventually developed oxygen through photosynthesis, but life formed here in the absence of oxygen. We have an odd scenario here, the possibility of a planet with surviving oceans and an atmosphere rich in oxygen, but one that is unable to produce life in the first place.

We’ll be investigating all this with future space-based missions as well as observations on the ground. As to Meadows’ work at the Virtual Planetary Laboratory, it’s related to distinguishing the possible conditions in Proxima b’s atmosphere through spectral analysis. We may be able to discern oxygen features in a spectrum that will help us decide whether there is too much oxygen for life to form, or an amount of oxygen that would be compatible with living systems. 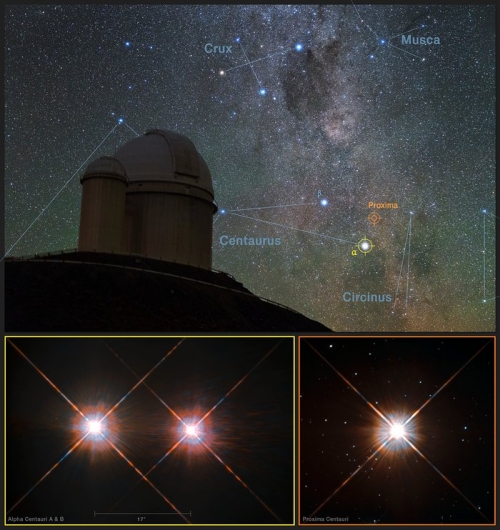 Image: This picture combines a view of the southern skies over the ESO 3.6-metre telescope at the La Silla Observatory in Chile with images of the stars Proxima Centauri (lower-right) and the double star Alpha Centauri AB (lower-left) from the NASA/ESA Hubble Space Telescope. Proxima Centauri is the closest star to the Solar System and is orbited by the planet Proxima b, which was discovered using the HARPS instrument on the ESO 3.6-metre telescope. Credit:
Y. Beletsky (LCO)/ESO/ESA/NASA/M. Zamani.

Barnes tends to dismiss atmospheric collapse as the result of tidal locking, saying that winds in the atmosphere should transport energy and keep the nightside from freezing out. But as Centauri Dreams readers know, Barnes is deep into the investigation of tidal effects. Here he describes how tides can provide large amounts of energy to a planetary interior:

This energy is often called “tidal heating” and is a result of the deformation of the planet due to changes in the host star’s gravitational force across the planet’s diameter. For example, if the planet is on an elliptical orbit, when it is closer to the star, it feels stronger gravity than when it is farther away. This variation will cause the shape of the planet to change, and this deformation can cause friction between layers in the planet’s interior, producing heat. In extreme cases, tidal heating could trigger the onset of a runaway greenhouse like the one that desiccated Venus, independent of starlight.

Proxima b is not likely to be in this state, according to Barnes, but he still sees the possibility of continual volcanic eruptions — think Io — and huge oceanic wave activity related to this. As to flaring, much depends on whether Proxima b’s atmosphere could be shielded by a strong magnetic field. Alternatively, life could develop under relatively shallow levels of water.

Barnes discusses all these issues in two new papers on which the Pale Red Dot essay was based, reminding us how much we have to learn before we can make the call on Proxima b’s habitability. There is some evidence for a second planet around Proxima Centauri, one that could perturb Proxima b’s orbit and supply energy to its interior. As we learn more, we’ll discover whether a star that can live for trillions of years can sustain life on the planets that crowd near it. Observations and simulations will proliferate, and if Breakthrough Starshot succeeds, we may in the latter part of this century see Proxima b close up.