We know about an extremely interesting planet around Proxima Centauri, and there are even plans afoot (Breakthrough Starshot) to get probes into the Alpha Centauri system later in this century. But last April, when Breakthrough Initiatives held a conference at Stanford to talk about this and numerous other matters, the question of what we could see came up. For in Alpha Centauri, we’re dealing with three stars that are closer to us than any other. If there are planets around Centauri A and/or Centauri B, are there ways we could image them?

This gets interesting in the context of Project Blue, a consortium of space organizations looking into exoplanetary imaging technologies. This morning Project Blue drew on the work of some of those present at Stanford, launching a campaign to fund a telescope that could obtain the first image of an Earth-like planet outside our Solar System, perhaps by as early as the end of the decade. The idea here is to ignite a Kickstarter effort aimed at raising $1 million to support needed telescope design studies. A $4 million ‘stretch goal’ would allow testing of the coronagraph, completion of telescope design and the beginning of manufacturing. 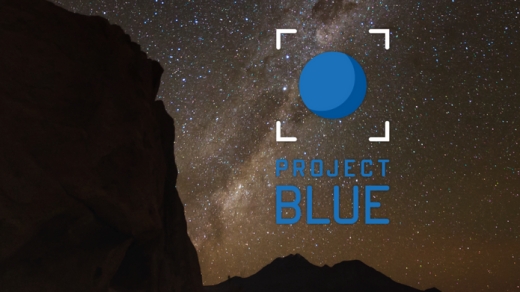 Project Blue thinks it can bring this mission home — i.e., launch the telescope and carry out its mission — at a final cost of $50 million (the original ACEsat was a $175 million design). The figure is modest enough when you consider that Kepler, which has transformed our view of exoplanets, cost $600 million, while the James Webb Space Telescope weighs in at $8 billion. About a quarter of the total cost, according to the project, goes into getting the telescope into orbit, which will involve partnering with various providers to lower costs.

But Project Blue also hopes to build a public community around the mission to support design and research activities. Jon Morse is mission executive for the project:

“We’re at an incredible moment in history, where for the first time, we have the technology to actually find another Earth,” said Morse. “Just as exciting — thanks to the power of crowdfunding — we can open this mission to everyone. With the Project Blue consortium, we are bringing together the technical experts who can build and launch this telescope. Now we want to bring along everyone else as well. This is a new kind of space initiative — to achieve cutting-edge science for low cost in just a few years, and it empowers us all to participate in this moment of human discovery.”

I go back to last April because it was at Stanford that I saw Eduardo Bendek’s model of a small space telescope called ACEsat, which was conceived at NASA Ames by Ruslan Belikov and Eduardo Bendek and submitted (unsuccessfully) for NASA Small Explorer funding. Belikov had gone on to present the work at the American Astronomical Society meeting in 2015 (see “How to Directly Image a Habitable Planet Around Alpha Centauri with a ~30-45cm Space Telescope,” available here). You’ll recall that Ashley Baldwin wrote up the concept in superb detail on this site in December of that year as ACEsat: Alpha Centauri and Direct Imaging.

Now we have Project Blue, which has connections to the BoldlyGo Institute, its offshoot Mission Centaur, the SETI Institute and the University of Massachusetts Lowell. The aim is to launch a space telescope with a 45-50 centimeter aperture, looking for potentially habitable planets from 0.5 to 1.5 AU within the habitable zones of both Centauri A and B. The ultimate hope, then, is to ‘see blue’ — meaning oceans and atmosphere, a world on which life could emerge. This is Sagan’s ‘pale blue dot,’ only now it’s not our own planet but an Earth 2.0.

The Project Blue space telescope would spend two years in low Earth orbit accumulating image after image — hundreds, thousands, tens of thousands — as a way of teasing out its faint targets. When it comes to ‘another Earth,’ Centauri A and B up the ante on Proxima Centauri. The Proxima planet may well be habitable, but a true Earth analog is not going to be tidally locked to its star, as Proxima b probably is, and it’s not going to orbit a red dwarf.

Neither Belikov or deputy principal investigator Eduardo Bendek are formally connected to Project Blue, but their work in the form of papers and conference presentations feeds directly into the concept driving the project. The original mission now cedes the floor to the private sector, whose job it will be to raise enough cash to support the development of the needed coronagraph to filter out the light of two very close stars, along with other key flight hardware elements. The next step, though, long before building flight hardware, is to finalize the telescope design.

The new Kickstarter campaign will pay for analysis, design, and simulations, but Project Blue has an eye on other partnerships as well as wealthy donors and foundations. Usefully, the project should be able to test coronagraph technologies similar to those being considered on much larger space instruments currently under study by the major space agencies, thus providing a useful testbed for such designs. To make this work, everything must fall into place — the coronagraph for starlight suppression, a deformable mirror to feed the coronagraph and rock-solid stability. No aspect can be allowed to fail if the mission is to achieve its goal.

If the Project Blue planners are correct, we can solve the attendant problems and get this mission into space is as little as 4 to 6 years. The goal is hugely ambitious but it also opens the door to citizen-science, with private donors contributing to an instrument that will not be the result of a government program or a for-profit commercial space effort. The initial Kickstarter campaign is designed to bolster the technical groundwork needed for the telescope, but stretch goals could see publicly funded flight component manufacturing.

Looking for Earth-like planets around other stars is like looking for bioluminescent algae next to a lighthouse. But I keep coming back to that Breakthrough Discuss meeting in Stanford, because I remember Ruslan Belikov telling his audience that the key advantage of Alpha Centauri is how large the habitable zones around its component stars appear in terms of angular size. We would need a significantly larger instrument to attempt something similar around other nearby stars. The Alpha Centauri stars are nature’s gift, and it’s one we would do well to exploit. Check the Kickstarter page for more on this low cost, high impact idea.

For more on the technical background of the ACEsat concept, see Belikov et al., “How to Directly Image a Habitable Planet Around Alpha Centauri with a ~30-45cm Space Telescope” (preprint) and Bendek et al., “Space telescope design to directly image the habitable zone of Alpha Centauri” (preprint).