A New Look at Habitability around Red Dwarf Stars

We’ve looked at the factors that are problematic for life around red dwarf stars for some time now, focusing on tidal lock (in which one side of the planet always faces the star) and stellar flare activity, which could dramatically affect life on the surface. A new paper from Vladimir Airapetian (NASA GSFC) and colleagues homes in on the latter problem, offering the idea that we should re-shape our notion of the habitable zone to include space weather.

A planet in the habitable zone of any kind of star, according to the definition used most commonly today, is one on which liquid water could exist on the surface. But is this painting the habitable zone with too broad a brush? Because if we allow X-ray and extreme ultraviolet emissions into the picture — these are common on red dwarf stars, and especially on younger ones — then even clement temperatures at a planetary surface may not be enough.

The problem: Stellar eruptions like flares and, in their most extreme form, coronal mass ejections, may degrade the atmosphere of nearby planets. This is bad news for planets around M-dwarfs, because to be in the habitable zone in terms of surface temperatures around these small stars, they must orbit in relatively close proximity. The Airapetian model takes note of the effect, as the lead author of the paper on this work notes:

“When we look at young red dwarfs in our galaxy, we see they’re much less luminous than our sun today,” Airapetian said. “By the classical definition, the habitable zone around red dwarfs must be 10 to 20 times closer-in than Earth is to the sun. Now we know these red dwarf stars generate a lot of X-ray and extreme ultraviolet emissions at the habitable zones of exoplanets through frequent flares and stellar storms.”

None of this is news to those who have been tracking habitability issues around red dwarfs, but this new habitability model offers a close look at what can go wrong and suggests that the flare and emission problem may be more dangerous than we have previously estimated. High flare activity can cause atmospheric molecules to fragment into atoms, while continuing bombardment can ionize atmospheric gases, separating electrons that can be lost to space.

Ion escape is the process of positively charged ions being drawn out of the atmosphere. The Airapetian model looks at oxygen ion escape, which can be tracked even on Earth, although on a much smaller scale. Superflares of the kind found on young red dwarfs, the model finds, can cause loss of atmospheric oxygen, hydrogen and nitrogen. And losing hydrogen and oxygen from the atmosphere could eliminate a young planet’s water supply. 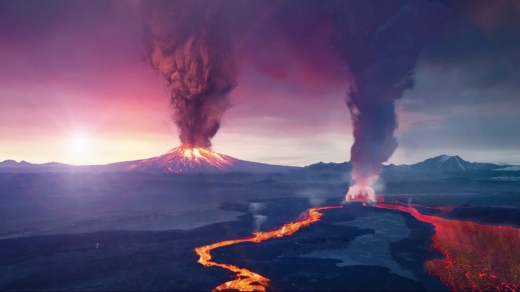 Image: In this artist’s concept, X-ray and extreme ultraviolet light from a young red dwarf star cause ions to escape from an exoplanet’s atmosphere. Scientists have developed a model that estimates the oxygen ion escape rate on planets around red dwarfs, which plays an important role in determining an exoplanet’s habitability. Credit: NASA Goddard/Conceptual Image Lab, Michael Lentz, animator/Genna Duberstein, producer.

The paper proposes, then, that we extend our idea of a habitable zone in the case of stars that show X-ray and extreme ultraviolet radiation levels 7 to 10 times the average emissions from our Sun, at which point the effects of space weather come into play. A planet like Proxima b, orbiting 20 times closer to its star than the Earth is to the Sun, clearly falls within the space weather range, and the authors estimate oxygen loss would occur in its atmosphere within 10 million years.

Add to this the effects of the star’s stellar wind and the conclusion is stark: Proxima b is most likely not a habitable world. “We have pessimistic results for planets around young red dwarfs in this study,” says Airapetian, “but we also have a better understanding of which stars have good prospects for habitability.” Could life emerge at a later date in red dwarfs whose stellar activity has slowed over time, and if so, what mechanisms could replenish a planetary atmosphere? There is much to ponder here as we assess red dwarf habitability.

Next post: Tightening the Parameters for Centauri A and B