Looking for Our Sun’s ‘Super-Earth’

An obscure instrument called a blink comparator became world famous following Clyde Tombaugh’s discovery of Pluto in 1930. It was by rapidly switching between astronomical photographs that the young Tombaugh was able to compare objects in the field of view where ‘Planet X’ was presumed to hide. Pluto turned out to be a good deal smaller than Percival Lowell had imagined, leading to thoughts of still more distant planets, but for a time the new planet was best known as a faint dot on a series of plates, moving against a fixed field of stars. 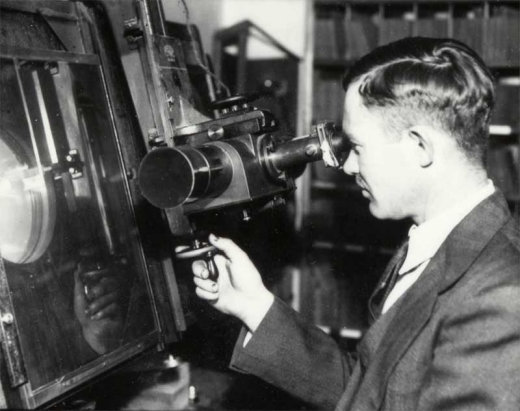 All of this is wonderfully told in Michael Byers’ 2010 novel Percival’s Planet (Henry Holt and Co.), which draws on Tombaugh’s story and depicts the entire Lowell Observatory scene in his time there (see A Tour de Force of Planetary Discovery for my review of the book). Or if you want the inside view, Tombaugh’s own Out of the Darkness: The Planet Pluto takes on his Pluto work and the entire field of planet hunting.

These days we can mimic what a blink comparator did with a computer, but in an era when charge-coupled devices (CCDs) have replaced photographic plates, we’re more prone to use computer software to tease out the motion of distant objects against the background stars, so that the nearby, moving object appears fixed amidst what appear to be the tracks of stars.

We’ll see what technique is to be employed in a new crowdsourced effort to find Planet X, still out there (or so many believe) and referred to by many astronomers as Planet Nine. Brad Tucker (ANU), who leads the project, explains that the new planet is predicted to be a super-Earth, perhaps 10 times the mass of Earth and as much as four times its size.

An object like this roughly 800 AU out would help to explain the unusual orbital characteristics of Sedna and five other ‘extreme trans-Neptunian objects’ (ETNOs) whose orbits are sharply tilted when compared to the plane in which the planets move. Chadwick Trujillo and Scott Sheppard (Carnegie Institution for Science, Washington) made a strong case for this scenario in a 2015 paper, followed up by work from Mike Brown and Konstantin Batygin (Caltech). You can check the Search for Planet Nine site for background on Brown and Batygin’s thoughts.

At ANU, the data in question will come from the Australian National University’s robotic 1.35-meter SkyMapper telescope at Siding Spring, the only telescope that maps the entire southern sky. The instrument will serve up hundreds of thousands of images for public assessment. As with the citizen science effort to study old astronomical prints we discussed on Friday, the ANU search will involve volunteers scanning the SkyMapper images online, in this case to look for any signs of a planet. The incidental discovery of comets or dwarf planets seems likely. 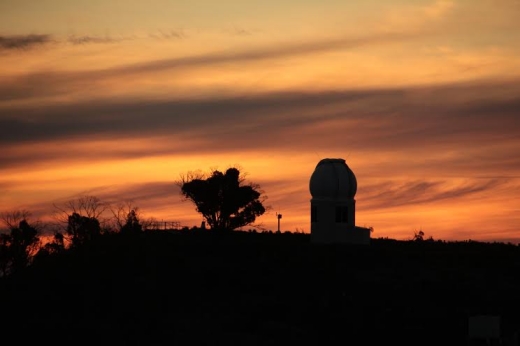 The project is to be launched by Brian Cox during the BBC’s Stargazing Live broadcast from Siding Spring Observatory, joining other crowdsourced efforts on the Zooniverse site when it becomes available. Bear in mind that we already have Backyard Worlds, a project (likewise on Zooniverse) that uses data from WISE (Wide-field Infrared Survey Explorer) to pursue a similar search, though not targeted as tightly on a single planet. The latter’s animated ‘flipbooks’ are the modern day equivalent of what Tombaugh used for Pluto.

I don’t know what kind of interface the SkyMapper effort will come up with, but it’s pleasing to think of a modern-day analog of the famous Tombaugh search, now spread out over a global network of users. The Stargazing Live series begins on the BBC on March 28 at 2000 UTC. An Australian version of the show will also be broadcast from Siding Spring Observatory next week on ABC TV. Stargazing Live has its own blog page from which to learn more, and ANU Twitter feed @scienceANU is also tracking the rollout.