Ben Finney, the editor (along with Eric Jones) of Interstellar Migration and the Human Experience, has died at age 83. A professor emeritus at the University of Hawaii, Finney died quietly at a nursing home in Kaimuki, according to this obituary in the Honolulu Star-Advertiser. There is much to be said about this visionary man, but I begin for our purposes with his contribution to deep space studies and interstellar thinking. 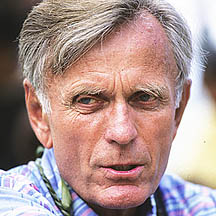 For Interstellar Migration and the Human Experience, which I bought not long after it came out in 1986, turned out to be one of those key texts, and I am hardly the only person who was transformed by the ideas in its pages. I bought it purely on the basis of its title. Not yet aware of the serious studies into interstellar flight that were then being published in the journals, I marveled that here was a text that put human movement to the stars into a serious scientific and historical context and saw it as an apotheosis of the species.

Paging through the book, I quickly realized that it was a series of papers from a conference of the same name that had taken place at Los Alamos in May of 1983. The conference was a multidisciplinary event ranging from astrophysics to anthropology, looking into societal migration, emerging technologies, resource acquisition and the critical human factors underlying all exploration. Finney’s own contributions emphasized not just the technically possible but the emotionally resonant, stressing exploration as an imperative of the species.

Thus we come to the peopling of the Pacific islands. Finney had an ear for language and a sense of deep time. Here he’s talking about exploration over long time-frames:

The whole history of Hominidae has been one of expansion from an East African homeland over the globe and of developing technological means to spread into habitats for which we are not biologically adapted. Various peoples in successive epochs have taken the lead in this expansion, among them the Polynesians and their ancestors. During successive bursts lasting a few hundred years, punctuated by long pauses of a thousand or more years, these seafarers seem to have become intoxicated with the discovery of new lands, with using a voyaging technology they alone possessed to sail where no one had ever been before.

Before reading Interstellar Migration, I had given little thought to historical corollaries that could prepare us for a possible future among the stars. These days, thanks to Finney’s work, we’re used to seeing the analogy with the Pacific islands made, to the point that its strengths and weaknesses have been debated frequently in the literature (and certainly in the comments sections on this site over the years). But it was Finney’s unique background that made it possible for him to develop the Polynesian experience in deep space terms:

Once their attempts to cope with the rising sea levels of the Holocene committed them to sea, the first pioneers of this lineage of seafarers had good reasons to keep going. The continental mindset of their distant ancestors would have faded as successive generations pushed farther and farther east, to be eventually replaced by the more accurate view that the world was covered with water through which bits of land were scattered. They therefore knew that in pushing into the open ocean they were entering not a vast empty region but one teeming with islands. What is more, after leaving the Bismarck Archipelago and outdistancing their less sea-adapted rivals, they would have realized that before them lay an ocean of islands accessible to themselves alone. What more invitation did they need?

An invitation indeed. Now, as to Finney’s background: He was an anthropologist, a Harvard Ph.D who taught for thirty years at the University of Hawaii at Manoa, where his courses included Human Adaptation to the Sea and Human Adaptation to Living in Space. It was back in the 1950s that his exposure to a book by Andrew Sharp raised his hackles, arguing as it did that Polynesians had populated the Pacific islands more or less by chance, driven by the vagaries of wind and tide. Finney decided it was a theory that could be contested.

To do so, he built a Polynesian sailing canoe christened Nalehia, followed by a larger craft, the Hōkūleʻa, which Finney sailed with a small crew from Hawaii to Tahiti. A founder and first president of the Polynesian Voyaging Society, Finney was convinced that the Polynesians had been capable of extraordinary feats of navigation and deep ocean voyages in open craft. That he proved such voyages were possible is attested to by the fact that some 25 similar canoes are now making voyages in the Pacific islands. Hokule’a itself is finishing up a three-year circumnavigation of the Earth, with return to Hawaii slated for some time in June. 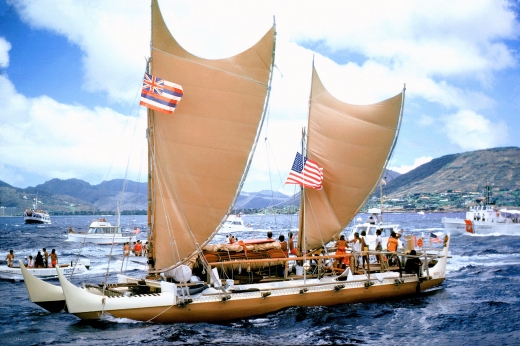 Space was never far from Ben Finney’s thinking. He was a research associate at NASA Ames on SETI issues in the 1990s and held a faculty appointment at the International Space University, in addition to his other appointments at UC-Santa Barbara and the University of French Polynesia. His career was wide-ranging enough to take in nuclear waste disposal (working with Sandia National Laboratories) and robotics. But for most people, it will be the Polynesian experience in one way or another that will always define Ben Finney.

Moreover, the future he envisioned was one of endless speciation, given the distances to the stars. Let me wrap up with the conclusion to his “The Exploring Animal,” written with Eric Jones and the lead-off paper in Interstellar Migration and the Human Experience:

Human evolution in space will hardly be limited to the birth of a new species. Space is not a single environment but an Earthcentric residual category for everything outside our atmosphere. There are innumerable environments out there providing countless niches to exploit, first by humans and then by the multitudinous descendant species. By expanding through space we will be embarking on an adventure that will spread an explosive speciation of intelligent life as far as technology or limits placed by any competing life forms originating elsewhere will allow. Could the radiation of evolving intelligent life through space be the galactic destiny of this Earth creature we have called the exploring animal?

Addendum: Savage Minds, an excellent venue for discussion of anthropology, has a detailed article on Ben Finney that I highly recommend. Thanks to Randy McDonald for the tip.