The European Space Agency has just announced the official adoption of the PLATO mission. The untangled acronym — PLAnetary Transits and Oscillations of stars — tells us that, like Kepler and CoRoT, this is a planet hunting mission with asteroseismological implications. Photometric monitoring of nearby bright stars for planetary transits and determination of planetary radii should help build our target list for spectroscopic follow-up as we delve into planetary atmospheres looking for biosignatures. Launch is scheduled for 2026.

Asteroseismology studies how stars oscillate, giving us information about the internal structure of the star that would not be available through properties like brightness and surface temperature. PLATO will be carrying out high precision photometric monitoring at visible wavelengths, targeting bright stars (mV ≤ 11), though with capabilities for fainter stars down to magnitude 16. Several hundred thousand stars will ultimately be characterized in the search for planets around G-class stars like the Sun, subgiants and red dwarf stars.

Keep in mind one important difference between PLATO and Kepler. The latter worked with a starfield that was in most cases quite faint, down to magnitude 17. No one can argue with the success of Kepler and its recently released final catalog, but the faintness of many of its stars meant that many planetary candidates have proven difficult to follow up and confirm. PLATO’s wide field will allow monitoring of the brightest stars, which should allow smaller planets to be followed up by ground-based instruments and ultimately confirmed.

“Using observations of stellar vibrations, PLATO will for the first time fully characterize these stars and their planets with regard to mass, radius, and age”, says Prof. Dr. Laurent Gizon, director of the Max Planck Institute for Solar System Research and head of the PLATO Data Center. “This will revolutionize the study of the evolution of exoplanets and their host stars… With today’s adoption, the implementation – the actual building and construction of the spacecraft and its instruments – can begin. In parallel, the design of the software to analyse the observations will be developed at the PLATO Data Center.” 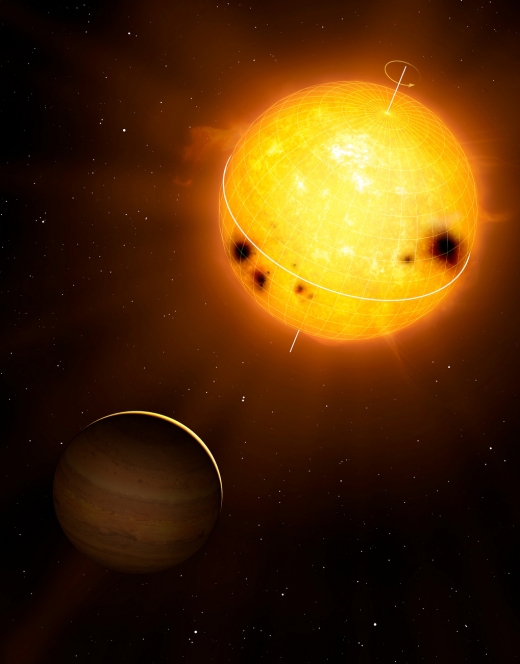 Image: Artist’s impression of one of the new worlds that PLATO will discover. Among those there will be Earth-like planets around Sun-like stars with the potential to host life. Credit & copyright: MPS/ Mark A. Garlick (markgarlick.com).

Bear in mind, too, that unlike the upcoming TESS (Transiting Exoplanet Survey Satellite) mission, PLATO will have the ability not only to do asteroseismology (quite useful in determining the size of exoplanets it discovers), but also to look for Earth-like planets around stars like our G-class Sun. TESS should give us plentiful information about planets around M-dwarfs, but PLATO backs us out to Earth-like worlds around stars like our own.

Using 34 separate small telescopes and cameras, PLATO’s current plan calls for a four-year observation period consisting of long-duration observations of two sky fields lasting two years each. But this could change: ESA also charts an alternative course including a single, three-year long-duration phase and a one year phase with several different pointings. The final strategy is not to be decided until two years before launch, but depending on the choice, the mission will cover between 10 percent and 50 percent of the sky during the nominal mission. An extended mission of up to four years will be a built-in option.

Orbiting the L2 Lagrangian point, PLATO should be able to characterize numerous rocky, icy or giant planets at unprecedented levels of precision, with radius measurements down to 3 percent and mass determinations better than 10 percent precision, assembling a catalog of confirmed and characterized planets with known mean densities, compositions and evolutionary stages, some of them being, it is assumed, planets in the habitable zone. 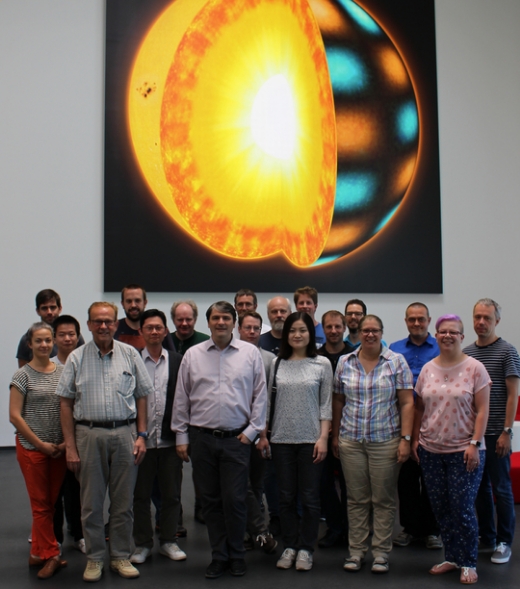 ESA’s point about planetary evolution is telling, especially in light of the work we looked at yesterday on mini-Neptunes and the ‘gap’ between them in Kepler data and smaller, rocky worlds. The focus on highly accurate radius and mass measurements and better determination of stellar ages is designed to give us a better understanding of planetary changes over time.

Terrestrial planets can lose their primordial hydrogen atmospheres, later developing secondary atmospheres and perhaps life. A key goal for PLATO, then, is to study the physical and dynamical processes on Earth-like planets at different epochs in the life of a stellar system, with asteroseismology being a key determinant of host star ages. ESA believes asteroseismology can now determine a star’s age to a precision of 10 percent.

And, of course, we continue the quest for planets in the habitable zone of their star. PLATO’s long-duration observations of a star field should allow the mission to capture two transits of any Earth twin it finds around a G-class star. “With this concept and the high precision of the instrument we will find rocky planets orbiting sunlike stars and will be able to characterise them accurately.” says Heike Rauer (DLR-Berlin), principal Investigator of the mission.