Back in the 1970s, the British Interplanetary Society conceived the idea of designing a starship. The notion grew into Project Daedalus, often discussed in these pages, producing a final report that summed up what was then known about interstellar possibilities, from fusion propulsion to destination stars. Barnard’s Star, 6 light years out, became the target because at the time, it was the only star for which evidence of planets existed, though that evidence later turned out to be the result of error in the instrument being used for the observations (more on this soon, in an essay I’ve written for the Red Dots campaign. I’ll link to it as soon as it runs).

The designing of Daedalus, much of it done in London pubs, was a highly significant event. What Alan Bond, Anthony Martin, Bob Parkinson and the rest were doing was not so much putting forth something that our civilization would build as sending us a clear message. Even at this stage of our development, humans could conceive of ways to reach the stars. There is nothing in the laws of physics that prevents it. What, then, is possible in another fifty years? In a hundred? Even now, the Daedalus concept is being reimagined by Project Icarus.

I think of successive iterations in starship concepts, periodically working through the puzzles in the light of improving technologies. This is why the TU Delft Starship Team (DSTART) has caught my eye. TU Delft is the Delft University of Technology (Technische Universiteit Delft) located in a town known for its canals to the north of Rotterdam. Angelo Vermeulen, now a doctoral candidate in the systems engineering section here, is the founder of DSTART, a collection of students and researchers collaborating on an evolving starship concept.

But Vermeulen deserves further introduction. As well as being a space systems researcher, he is a biologist and artist, and serves as what TU Delft calls a ‘community architect’ in its Participatory Systems Initiative, a determinedly multidisciplinary effort. Back in 2009, Vermeulen created Space Ecologies Art and Design (SEAD), which is an international network developing projects interrelating ecology, technology and community. He has also worked with ESA and NASA, serving as crew commander of the latter’s HI-SEAS Mars simulation in Hawaii. He has held faculty positions ranging from the University of Applied Arts in Vienna to the Philippines Open University in Los Baños. He became a TED Senior Fellow in 2013.

The idea this polymathic researcher is promoting is not to develop actual hardware but to firm up a vision of deep space exploration, one which, says Vermeulen, “…unite[s] the biological, technological and social dimensions. And it is about starships that evolve during their journey.”

This is a multidisciplinary effort drawing on astrophysics, biotechnology, computer simulation, chemistry and art. It should bring to mind Rachel Armstrong’s work on worldships, analyzed in a series of essays in her book Star Ark: A Living, Self-Sustaining Spaceship (Springer, 2017). And in fact Vermeulen was one of the authors of an essay in that volume called “The World in One Small Habitat,” in a section entitled ‘Space Architectures.’

Just how a starship could evolve on journeys taking decades and perhaps longer is fodder for DSTART’s preliminary analysis, which includes near-term in-system technologies like asteroid mining and exploitation, 3D printing and studies in closed loop life support of the kind the European Space Agency is analyzing in a project called MELiSSA. The acronym here unpacks to Micro-Ecological Life Support System Alternative, defined by ESA this way:

… the recovering of food, water and oxygen from organic waste carbon dioxide and minerals, using light as source of energy to promote biological photosynthesis. It is an assembly of processes (mechanical grinding, bioreactors, filtration, wet oxidation, etc.) aiming at a total conversion of the organic wastes and CO2 to oxygen, water and food.

It is based on the principle of an “aquatic” lake ecosystem where waste products are processed using the metabolism of plants and algae which in return provide food, air revitalization and water purification.

“The World in One Small Habitat” looks at MELiSSA in the context of other projects that are exploring closed loop life support. Mastering the huge problems of sustainable ecologies is key to getting humans deep into the Solar System and beyond. 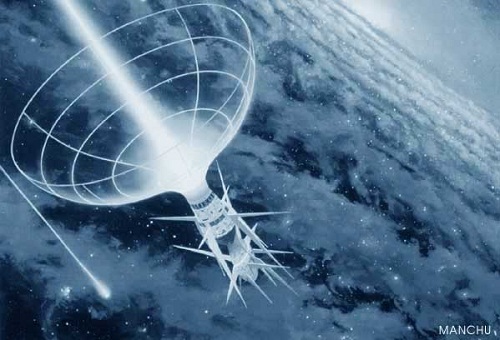 Centauri Dreams has many readers in The Netherlands and nearby. If you’re anywhere in range on Monday June 26, DSTART will be holding a mini-symposium to share its recent work.

FOR WHOM
Everyone is welcome. Feel free to bring guests.
Places are limited.

Efforts like these encourage me because they point to increasing interest in the great themes of interstellar exploration. And it’s always heartening to see active university groups tackling these matters — Drexel University’s energetic Icarus Interstellar chapter also comes to mind.

Interstellar crossings are well beyond our capabilities at present, at least at time frames we find acceptable. But we can still come together to analyze the issues and take early steps toward their solution, helping to define problems and clarify research needs. Ad astra incrementis means exactly this: No single breakthrough but steady and progressive steps. Not that we wouldn’t all welcome breakthroughs, but the point is that persistence and hard work are what it takes to move the ball forward even as we remain open to the unexpected.