Breakthrough Starshot, the ambitious 30-year plan for launching small interstellar craft to a nearby star, depends critically on the sails that will ride a laser beam to 20 percent of lightspeed. In the essay below, James Benford takes a hard look at where we are now in the matter of sail stability, a subject he and brother Gregory have analyzed in their laboratory work. But as Jim points out, there is a great deal we still don’t know, emphasizing the need for a dedicated test facility in which deep analysis and experimentation can proceed. The Chairman of the Sail Subcommittee for Breakthrough Starshot, Dr. Benford gives us insight into the magnitude of the challenge, and the possible solutions now being considered. 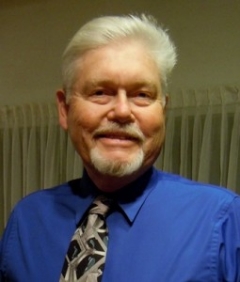 Riding on the beam, i.e., stable flight of a sail propelled by beam momentum, is an essential requirement of beam-driven propulsion. It places considerable demand upon the shape of the sail and beam. Some amount of beam jitter, oscillations in the location of the beam, is to be expected. But even if the beam is steady, a sail can wander off the beam and its shape can become deformed by the high acceleration. Little of the parameter space of possible sail shapes and materials, as well as beam shapes, has been explored to date. Here I describe recent developments.

Generally, sails without structural elements cannot be flown if they are convex toward the beam, as the beam pressure would act to compress and perhaps collapse them. On the other hand, beam pressure keeps concave shapes in tension, so conical concave shapes are a possible natural answer to sailship configuration questions, essentially a circular cone. These shapes resist sideways motion if the beam moves off-center, since a net sideways force restores the sail to its original position.

Simulations show that this passive stability works, but it requires suspending the payload below the sail for a more stable configuration. This configuration is a conical shape, perhaps spinning, with the payload hanging from the apex along a tether, which may be flexible, as in Figure 1. It is shaped roughly like a parachute. (Although sails have stress distributions different from a parachute: The beam pressure keeps concave shapes of sail under tensile stress, but the periphery of the sail tends to close, so the sail needs a ring at the largest radius to keep it unfurled. This ring is under compression, and subject to elastic instability.) Such a ring may be a logical place to put the payload, which I think should be distributed to avoid single point failures. I’d much rather have it around the periphery and with some redundancy. One thing I’d don’t like about the “chipsail” idea is that having a single few square centimeter chip on a few square meter sail means that one unfortunate interstellar dust impact will obliterate the payload, losing the mission.

Simulations of conical sails showed the boundaries of sail shape and payload mass giving stability [1]. Simulations at JPL and University of New Mexico showed stability for sail shapes with the conical surface at angles from the horizontal of 25 to 30 degrees, a narrow range. Experiments have verified that beam-riding restoring forces do occur [2]. Stability also depends upon the ratio of the sail mass to payload mass. A recent analysis by Popova et al. showed analytically that stability occurs when the distance from the sail to the center of mass of the entire assembly is larger than the sail radius of curvature for small radius of curvature-L greater than D, the sail diameter [3]. These results mean that the tether must be several times the sail diameter. The mechanical oscillation modes of the tether/payload/sail that affect stability will require carefully analysis. 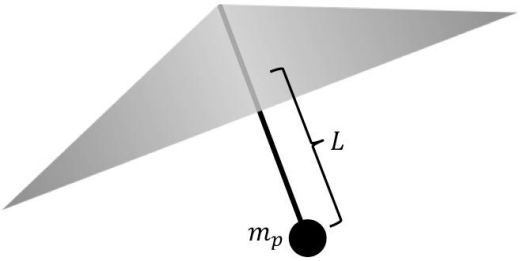 Figure 1 Conical sail with payload of mass mp hanging beneath it, connected by a tether or pendulum bob of length L (Credit: Z. Manchester).

Manchester & Loeb have suggested a spherical sail-hollow, like a shiny balloon, riding on a hollowed-out ‘donut’ beam shape [4]. This architecture has passive stability while also allowing the payload to be inside the sphere, shielded from the laser beam. That’s because it produces a potential well for the sail to sit in, which is stable if the well is deep enough. But the well in the figure is rather shallow. The sail can be inflated into the spherical shape, so could be gas-filled. This hollow beam, composed of 4 Gaussians is just one of many possible “hollow beam” geometries. 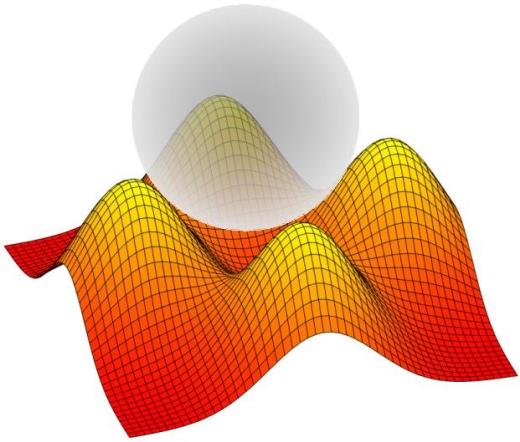 Figure 2 Multimodal beam profile composed of four Gaussian laser beams with spherical sail immersed in them. The corresponding ‘potential well’ for the transverse dynamics of a sail is much shallower than this beam intensity profile. (Credit: Z. Manchester).

From [4] I calculate that, in the example profile of figure 2, 80% of the beam power is lost to the sides of the sail in order to produce this stable regime. That would require that the power of the laser be increased to factor of 5, a huge cost which may be improved using a ring beam with no low areas, through which the sail can escape. Therefore the cost of the spherical sail–hollow beam approach is a big drawback. 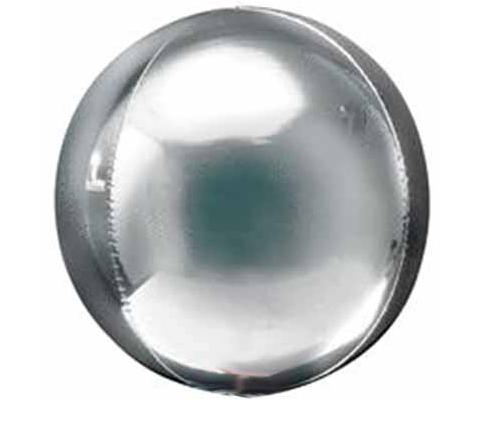 Figure 3 A spherical sail will resemble this helium-filled aluminized Mylar balloon. The beam pressure can cause the beam-facing side of the sail to flatten, assuming a more hemisphere shape.

The spherical sail is an idealization akin to that of the “spherical cow” of theoretical physics infamy. In practice, material under about 10,000 g’s acceleration will not remain spherical. It will be deformed under acceleration into an oblate shape, and therefore the spherical symmetry will cease. So will the stability guarantee. The beam pressure causes the beam-facing side of the sail to flatten, so it assumes a more hemisphere shape. Such deformation of the sphere’s surface could cause significant torques on the sail, complicating analysis. This should be explored by modeling and numerical simulations.

Finally, a spherical sail maximizes cross-section to interstellar dust & gas. Compare to a shallow cone, rotated to go edge-on to the direction of travel. The spherical sail must undergo topology change to reveal the payload, and then reconfigure to become an antenna for return of data.

Models of sail stability have thus far assumed a perfectly rigid sail. To deal with the many factors involved in sail stability, simulations must relax the rigid body constraint of work up to now. An example of a code geometry that has been studied in simulation is shown in Figure 4. 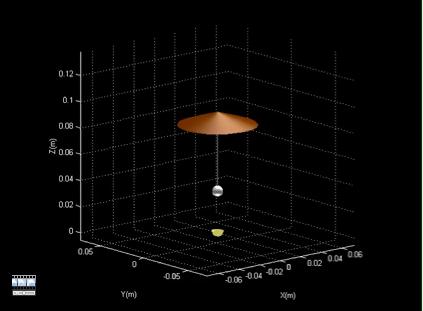 Figure 4 Simulation space for a rigid conical sail with pendulum bob payload [1]. The beamer is directly below the sail.

To address the beam-riding challenge, future simulation codes should include

Codes must also model noise in the system, arising from factors such as perturbations due to atmospheric turbulence, laser pattern variations as well as jitter in the beam and vibrational modes of the sail. While perturbations of the sail will surely excite oscillatory motion, the sail must be in a sufficiently deep ‘potential well’ to remain on the beam.

The parameter space of sail shape and beam shape has been studied to only a narrow, easily accessible extent. The conical sail with a payload hanging below at is the most studied and appears to have some stable regimes. But this is verified only by analytic modeling and limited simulation of the equations of motion. Mechanical aspects of the tether/payload/sail will affect stability and has not been explored. The spherical sail has been studied analytically and appears to be stable only inside a hollow beam, which substantially reduces the efficiency of propulsion.

There is much theoretical and experimental work to be done on beam-riding, an essential requirement of beam-driven propulsion. Beam-riding and sail stability analytical models have reached their limits. Computational models must be substantially improved. Such models can be validated by laboratory experiments. For such a complex problem, only experiments will be decisive.

Looking beyond the distant goal of Star Shot, beam powered sails can play a role in the coming era of interplanetary exploration and eventual commerce. The first useful beam-riding sails will come from such stability studies, which should be undertaken now. In this lower velocity and power regime the dynamics will play out. Such lessons can have great use over decades to come.

Next post: New Horizons: Occultations in Preparation for MU69