We’ve just lost a fine interstellar thinker. Jordin Kare has died of aortic valve failure at age 60. While Kare played a role in the Clementine lunar mapping mission and developed a reusable rocket concept in the 1990s that he thought could be parlayed into a space launch system (in typical Kare fashion, he called it “DIHYAN,” for ‘Do I Have Your Attention Now?’), it is through a laser sail system called SailBeam and a ‘fusion runway’ concept that he will most likely be remembered among those who study starflight. But he was also an active science fiction fan, ‘filksinger’ and poet whose name resonates wherever science fiction fans gather.

To science fiction writer Jerry Pournelle, who remembered Kare to a small mailing list over the weekend, it was a song called ‘Fire in the Sky’ that first came to mind. The first verse:

Prometheus, they say, brought God’s fire down to man
And we’ve caught it, tamed it, trained it since our history began
Now we’re going back to Heaven just to look Him in the eye
And there’s a thunder ‘cross the land and a fire in the sky

The song is a rousing tribute to outward yearning, written by a man who was a regular at science fiction conventions, where he achieved his fame as a singer. If you’re not familiar with the term ‘filksinger,’ it emerged in the musical community that evolved inside science fiction fandom. Kare was prolific at the genre and released two albums of his own work: Fire in the Sky (1991) and Parody Violation: Jordin Kare Straight and Twisted (2000). He was also a partner in Off Centaur Publications, a commercial venture specializing in such music. Pournelle liked ‘Fire in the Sky’ enough to feature it in the novel Fallen Angels (Baen, 1981), which he wrote with Larry Niven and Michael Flynn. 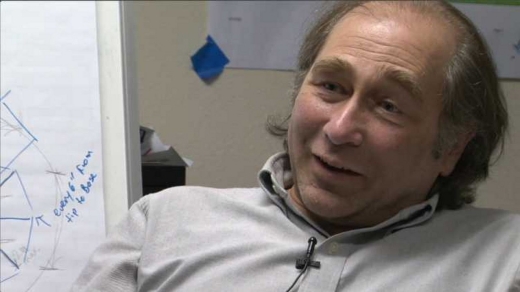 As a physicist and aerospace engineer, Kare focused primarily on laser propulsion, both from ground-to-orbit and deep space perspectives. A long-time researcher at Lawrence Livermore National Laboratory, he put together an early laser propulsion workshop at LLNL in 1986; his work on laser launch from ground to orbit drew support from the Strategic Defense Initiative.

Kare left Livermore in the mid-90s to become a consultant specializing in spacecraft design. I ran into him through reports he did for what was then called the NASA Institute for Advanced Concepts, where he wrote about launch prospects using laser arrays, and reshaped laser sail concepts for speed and efficiency. I highly recommend you take a look at his “High-Acceleration Micro-Scale Laser Sails for Interstellar Propulsion” report for NIAC in 2002 (citation below). He would go on to become chief scientist in beamed power company LaserMotive.

In the interstellar community, it may be SailBeam that stands as his primary legacy. At a time when Robert Forward had studied vast lightsails hundreds of kilometers across, Kare went the other direction. He had realized that Forward’s sails demanded gigantic optical systems including in one instance a Fresnel lens in the outer Solar System that would be the size of a planet (this was to be used to collimate the powerful laser beam from the inner system). Why not power down and aim for a system far less complex by shrinking the sails themselves?

The gist of the idea is this: Kare’s tiny sails, made of diamond film and pushed by a multi-billion watt orbiting laser, could be accelerated much closer to their power source than Forward’s sails and brought up to a substantial fraction of lightspeed within seconds. Kare coupled sail concepts with Cliff Singer’s pellet propulsion, reasoning that his tiny sails could intercept a large interstellar probe and become a source of propulsion as they were vaporized into plasma.

Aerospace engineer Dana Andrews worked with Kare on various magsail concepts and wrote about SailBeam himself in a paper cited below. Andrews pointed out that SailBeam solved a key problem in particle beam propulsion — a neutral particle beam will disperse as it travels. A stream of tiny sails driven by laser will not. You might see some crossover here with another concept Andrews and Kare both studied called MagOrion, which would use plasma pulses from small nuclear explosions to drive a starship deploying a magnetic sail.

Kare’s fame also rests on the concept of a fusion runway, which he saw as a long string of pellets deployed ahead of a departing spacecraft. The vehicle, moving several hundreds of kilometers per second initially, would begin encountering fusion pellets with enough velocity to light up its main engines. A cruising velocity of 30,000 kilometers per second, he believed, was possible with a runway strung over a tenth of a light year (I wrote about this one recently in A Fusion Runway to Deep Space?) and had an interesting conversation with Kare about it.

More about that conversation tomorrow, because I would like to bring Kare’s own words into the mix. For now, Kare’s rousing finale to the song with which I began this piece: