Cassini: JPL Images at the End 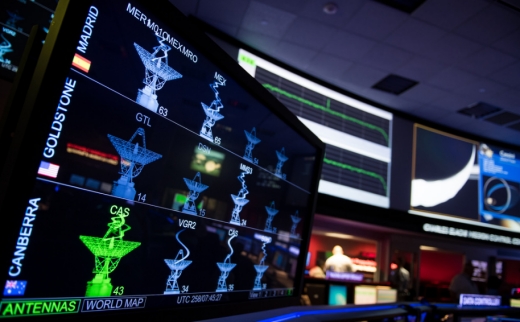 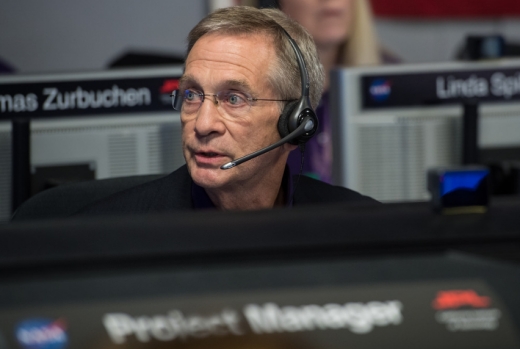 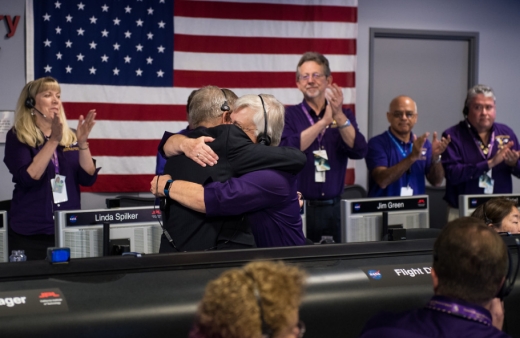 Image: This montage of images, made from data obtained by Cassini’s visual and infrared mapping spectrometer, shows the location on Saturn where the NASA spacecraft entered Saturn’s atmosphere on Sept. 15, 2017. This view shows Saturn in the thermal infrared, at a wavelength of 5 microns. Here, the instrument is sensing heat coming from Saturn’s interior, in red. Clouds in the atmosphere are silhouetted against that inner glow. This location — the site of Cassini’s atmospheric entry — was at this time on the night side of the planet, but would rotate into daylight by the time Cassini made its final dive into Saturn’s upper atmosphere, ending its remarkable 13-year exploration of Saturn. Credit: NASA/JPL-Caltech/Space Science Institute.

“Things never will be quite the same for those of us on the Cassini team now that the spacecraft is no longer flying,” said Linda Spilker, Cassini project scientist at JPL. “But, we take comfort knowing that every time we look up at Saturn in the night sky, part of Cassini will be there, too.”