If New Horizons can make its flyby of Kuiper Belt Object MU69 at a scant 3500 kilometers, our imagery and other data should be much enhanced over the alternative 10,000 kilometer distance, one being kept in reserve in case pre-encounter observations indicate a substantial debris field or other problems close to the object. But both trajectories, according to principal investigator Alan Stern, have been moved closer following a ten-week study period, and both are closer than the 12,500 kilometers the spacecraft maintained in its flyby of Pluto. 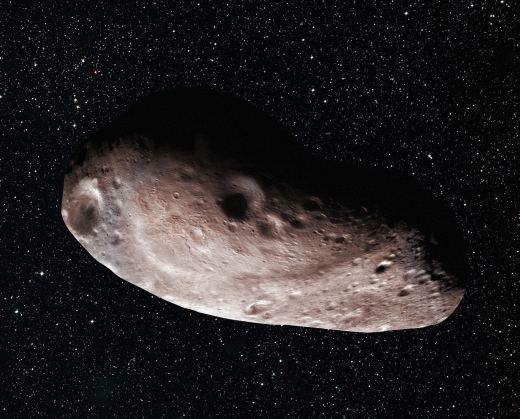 Image: Artist’s concept of Kuiper Belt object 2014 MU69, which is the next flyby target for NASA’s New Horizons mission. Scientists speculate that the Kuiper Belt object could be a single body (above) with a large chunk taken out of it, or two bodies that are close together or even touching. Credit: NASA/Johns Hopkins University Applied Physics Laboratory/Southwest Research Institute/Alex Parker.

Stern made the statement in early September at a meeting of the Outer Planets Assessment Group (OPAG), in which he also pointed out that flyby observations of the distant KBO will commence in August of next year in preparation for the early January arrival in 2019. The process of returning acquired data to Earth is estimated to take up to 20 months.

We also get this heartening news: Stern considers the Kuiper Extended Mission of New Horizons to be ‘multi-pronged,’ with the January 1 flyby of MU69 perhaps the prelude to further operations. New Horizons has sufficient fuel and power to operate until roughly 2035, and the downlink of MU69 data will end in September of 2020. The current extended mission was approved for the period 2016-2021. Will there be another?

According to Stern’s presentation at OPAG, the current extension involves not just the flyby of MU69, along with heliospheric plasma, dust, and neutral gas observations in the Kuiper Belt, but also distant observations of up to 30 other KBOs and numerous Centaurs. These studies involve searches for satellites, rings and dust along with examination of KBO light curves and shapes, with numerous papers on these results said to be in early stages of preparation.

With enough power and fuel to make it well into the 2030s, New Horizons, which is after all the only spacecraft with the opportunity to make these observations, could continue its active work for many years. An extended mission from 2021 to 2024 would allow additional KBO flyby search time for future targets as well as continuing Kuiper Belt observations.

And on the question of what happens after New Horizons, Stern’s presentation at OPAG included the possibility of a Pluto orbiter, which is already being studied at SwRI, Ball Aerospace, Lockheed-Martin and NASA GSFC. A tantalizing thought, that.

Jeff Foust quotes Stern in The Space Review as saying this:

“I think New Horizons has a bright future, continuing to do planetary science and other applications. There’s fuel and power onboard the spacecraft to operate it for another 20 years. That’s not going to be a concern even for a third or fourth extended mission.” 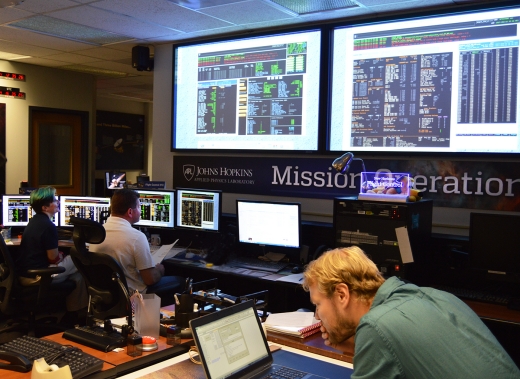 Meanwhile, New Horizons ‘awakened’ from a five-month hibernation period on September 11, being brought over the next three days into active mode, in which science instrument checkouts and data collection activities can resume, to be continued until mid-December. From the latest JHU/APL news update outlining the course of the coming months:

The spacecraft will train its instruments on numerous distant KBOs, making long-distance observations with the telescopic Long Range Reconnaissance Imager (LORRI), while also continuously measuring the Kuiper Belt’s radiation, dust, and gas environment. The team also will test the spacecraft’s instruments in preparation for next year’s approach to MU69, and transmit a new suite of fault-protection software – also known as autonomy software – to New Horizons’ computer in early October.

On December 22, New Horizons again goes into hibernation, to be awakened on June 4, 2018, at which point preparations for the MU69 approach will go into high gear. The spacecraft is currently 3.89 astronomical units (AU) from MU69 as Kuiper Belt exploration continues.