Why all the fuss about red dwarf planets? We’re seeing so much ongoing work on these worlds because when it comes to terrestrial-class planets — in size, at least — those around red dwarfs are going to be our first targets for atmospheric characterization. A ‘habitable zone’ planet around a red dwarf throws a deep transit signature — small star, big planet — so that we can use transit spectroscopy to puzzle out atmospheric components. Getting an actual image would be even better, and modifications to the VISIR instrument at ESO’s Very Large Telescope, a project Breakthrough Initiatives is involved in along with the ESO, could eventually yield such. 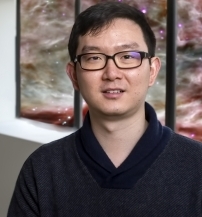 We’ll know a great deal more about the possibilities as new missions come online, but for now, researchers are doing their best to apply models to what we know and deduce what surface conditions may be like around stars like TRAPPIST-1 and Proxima Centauri. Some of these results are not auspicious if it’s life we’re looking for. I’m looking at two papers from Chuanfei Dong (Princeton Plasma Physics Laboratory/Princeton University) that assess potential habitability, and in both cases there are significant reasons to question its likelihood.

The assumption here is that an atmosphere must exist for long timescales to allow habitable conditions on the surface, and those long time-frames are precisely what is in question. Published earlier this year in the Astrophysical Journal Letters, the first of these papers develops models of the stellar wind, that outflow of charged particles that, in our own Solar System, defines the heliosphere around our Sun. This paper deals with the situation at Proxima Centauri b. The second paper, not yet published but available as a preprint, extends the study to the TRAPPIST-1 system, with results that are equally challenging for life.

While we have tended to focus habitability studies on factors like surface temperature (and this, in turn, is much dependent on atmosphere), Dong and colleagues are concerned about the effects of the stellar wind and atmosphere retention. Their simulations, performed using magneto-hydrodynamical (MHD) modeling that was originally developed for Venus and Mars, allow them to compute ion escape losses that would be expected at Proxima Centauri b.

“The evolution of life takes billions of years. Our results indicate that Proxima Centauri b and similar exoplanets are generally not capable of supporting an atmosphere over sufficiently long timescales when the stellar wind pressure is high. It is only if the pressure is sufficiently low, and if the exoplanet has a reasonably strong magnetic shield like that of the Earth’s magnetosphere, that the exoplanet can retain an atmosphere and has the potential for habitability.”

Image: Is the stellar wind capable of reducing a planetary atmosphere to the point where surface life is impossible? Credit: NASA/JPL-Caltech.

The paper finds that ion escape rates at Proxima b are two orders of magnitude higher than the terrestrial planets of our Solar System, assuming that the planet is unmagnetized. But even in the presence of a magnetosphere, ion escape rates are still higher than any we see in our system’s planets. The same issues apply at TRAPPIST-1, as noted in the new paper, which implicates stellar wind values as the primary driver in ion escape:

Dong also notes that planets close enough to be in a red dwarf’s habitable zone are likely tidally locked, producing constant bombardment on the star-facing side that would intensify the effects of atmospheric loss whether or not the planet has a protective magnetosphere. Earlier work has suggested that tidally locked planets are unlikely to have more than a weak magnetic field.

I’m focusing now on the TRAPPIST-1 paper because it’s the latest work on this matter, and it amplifies what was found in the earlier Proxima Centauri b work; I give citations for both papers below. Considering TRAPPIST-1 in light of stellar winds, the researchers argue that TRAPPIST-1h, viewed purely from the perspective of atmospheric loss, is the one most likely to have retained its atmosphere, but this is not a world where liquid water is possible on the surface. Dong and colleagues believe that TRAPPIST-1g thus represents “…the best chance for a habitable planet in this planetary system to support a stable atmosphere over long periods,” as the stellar wind effects diminish with distance.

It’s not a pleasant picture for those hoping for clement conditions on other planets around TRAPPIST-1 or Proxima Centauri. Oceans may once have existed there, but this work suggests that their surfaces today are probably dry. While the two papers focus on Proxima b and the TRAPPIST-1 worlds, Dong notes that the newly discovered planet around Ross 128 may have better prospects, as its star appears to be quieter than Proxima Centauri or TRAPPIST-1.

We should also note that an atmosphere can be replenished by outgassing, a reminder that analyzing an atmosphere over billion-year timeframes demands, as the paper notes, “…an in-depth understanding of the interplay between source and loss mechanisms.” Another issue: Stellar properties evolve, so that atmospheric escape rates change. This may not work to life’s advantage, however, for pre-main sequence M-dwarfs, according to Dong’s simulations, would produce even stronger stellar wind effects upon a young planet’s atmosphere.

The implications for other planetary systems seem clear:

For a given star, the mass-loss rate is fixed, implying that the escape rate is lower for smaller planets orbiting at greater distances. Hence, we suggest the following strategy for prioritizing studies of multi-planetary systems. If more than one exoplanet resides within the HZ of a given star, it may be more prudent to focus on the outward planet(s) since the atmospheric escape rates are likely to be lower. Similarly, when confronted with two planets with similar values of Rx and a [radius and semi-major axis], we propose that searches should focus on stars with lower mass-loss rates and magnetic activity.

The examination of the effects of stellar winds will proceed with soon-to-be-launched missions like the James Webb Space Telescope, allowing us to put theoretical work to the test. Given the surprises we’ve consistently found even with our interplanetary probes, Pluto being the most recent example, we can fairly confidently expect to modify our views with each new exoplanet atmospheric characterization. For now, though, these continuing studies raise serious questions about red dwarf planets as a clement venue for life.