SETI and Astrobiology: Toward a Unified Strategy

Will we recognize life if and when we find it elsewhere in the cosmos? It’s a challenging question because we have only the example of life on our own world to work with. Fred Hoyle’s The Black Cloud raised the question back in 1957, a great memory for me because this was one of the earlier science fiction novels that I ever read. I remember sitting there with it in my 5th grade class in St. Louis, Missouri, having been loaned the paperback that had begun to circulate among my fellow students. I was mesmerized by the account of life as I had never imagined it.

Hoyle, you’ll recall, creates a vast cloud of gas and dust that turns out to be a kind of super-organism, and I leave the rest of this tale to those fortunate enough to be coming to it for the first time. But we’ve had the same conversation about Robert Forward’s ‘Cheela’ recently, living as they do on the surface of a neutron star. The question is one Jacob Bronowski circulated widely through his televised series The Ascent of Man back in the 1970s:

…it does not at all follow that the evolutionary path which life (if we discover it) took elsewhere must resemble ours. It does not even follow that we shall recognise it as life — or that it will recognise us. 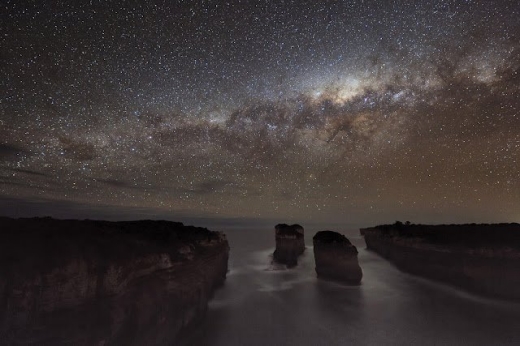 Let’s talk about all this in terms of astrobiology and SETI. For many of us, the two have a seamless character. Detect a radio beacon from another civilization and you have, ipso facto, detected life or, at least, a technological product that life has produced. SETI then is clearly an aspect of astrobiology, just as the discipline also takes in lichen growing around a pond, or aquatic creatures of high intelligence but no technologies. With both SETI and our search for non-technological life, we’re hoping to detect living things that evolved elsewhere.

Thus I find myself in agreement with a new white paper that has been submitted to The National Academies of Sciences, Engineering and Medicine as part of the process of carrying out upcoming decadal surveys in astronomy, astrophysics and planetary science. The authors are major figures from the SETI community: Jill Tarter and John Rummel (SETI Institute); Andrew Siemion (Berkeley SETI Research Center and Breakthrough Listen); Martin Rees (Breakthrough Listen, among so many other things); Claudio Maccone (chair, IAA SETI Permanent Committee); and Greg Hellbourg (International SETI Collaboration).

Titled “Three Versions of the Third Law: Technosignatures and Astrobiology,” the document makes the case that there has arisen an artificial distinction between astrobiology and SETI, with the former deemed acceptable for funding in ways that SETI has often not been, given the controversies in its history. As evidence, take the current 2015 NASA Astrobiology Strategy document, which baldly states: “While traditional Search for Extraterrestrial Intelligence (SETI) is not part of astrobiology, and is currently well-funded by private sources, it is reasonable for astrobiology to maintain strong ties to the SETI community.”

Strong ties are good, surely, but the distinction is artificial. In what sense is SETI not part of astrobiology? As the white paper notes, the Galileo flyby described by Carl Sagan and fellow authors in a 1993 paper in Nature found that a critical lifemarker (for both life itself and intelligent life) was the presence of narrow-band, pulsed, amplitude modulated radio signals. This is the kind of data rejected by the exclusion of SETI from astrobiology.

This delightful quote from the white paper nails the issue:

This is an arbitrary distinction that artificially limits the selection of appropriate tools for astrobiology to employ in the search for life beyond Earth, one that it is not supported scientifically. The science of astrobiology recognizes life as a continuum from microbes to mathematicians. It is time to remove this artificial barrier, and to re-integrate the community of all those who wish to study the origin, evolution, and distribution of life in the universe.

From microbes to mathematicians indeed!

This is more than a matter of splitting hairs in academic documents, for how we define things can play a major role in how we as a society fund our scientific investigations. Here I would urge you to read the paper, which you can find here — click on ‘View the Submitted White Papers.’

Bear in mind the imminence of further debate. A meeting on Astrobiology Science Strategy for the Search for Life in the Universe will take place from January 16-18 in Irvine, CA, with a second meeting scheduled for March 6-8, 2018 in Washington, DC to discuss these matters. A unified astrobiology/SETI strategy may yet emerge from all this.

Background is everything in this discussion. It was in 1993 that funding for NASA’s High Resolution Microwave Survey was terminated, with SETI essentially being sent into the wilderness. The National Science Foundation actually prohibited SETI funding in language that was not removed until 2000. SETI then achieved eligibility for funding in 2001, according to NASA associate administrator Ed Weiler, even as the various astrobiology roadmaps leading up to today’s strategy at times included and at other times excluded SETI.

Similarly inconsistent have been the annual NASA funding efforts known as ROSES — Research Opportunities in Earth and Space Science. The white paper goes through the history of these changes.

There is no question that SETI has at various times become a political football, which accounts for its inclusions and exclusions from the astrobiology roadmaps of past years. We need a unified strategy sans politics. Goal 7 of previous astrobiology roadmaps has been stated as: “Determine how to recognize the signatures of life on other worlds.“ Searching for technosignatures is clearly one such method, leading the authors of the white paper to make their case:

It is time that we end this scientific schizophrenia. It is of course reasonable for a funding agency to elect not to fund any given proposal, but it is unscientific to exclude clearly related proposals from consideration. Historical politics or a perceived (but unverified) funding status from other sources should not enter into an estimation of the scientific value of an approach.

The title of the white paper, incidentally, is a nod to Arthur C. Clarke’s third law: “Any sufficiently advanced technology is indistinguishable from magic.” In this case, the quote is used to explore how difficult it may be to find extraterrestrial life of any kind. If intelligent, such life might build enormous structures observable by our astronomy.

Or perhaps not: Karl Schroeder has posited that advanced technologies may be indistinguishable not from magic but from nature. In other words, the future means continual advances in efficiencies “…until our machines approach the thermodynamic equilibria of their environment, and our economics is replaced by an ecology where nothing is wasted.” That’s yet another possibility for the so-called Great Silence.

We can’t know exactly where or how to look, which is why all feasible strategies have to be on the table in the search for biosignatures as well as technosignatures. The paper concludes:

There is no scientific justification for excluding SETI, or any other technosignature modality, from the suite of astrobiological investigations. Arguments based on political sensitivities or apparent access to other funding sources are inappropriate. In this white paper, we argue for a level playing field.