Antimatter’s staggering energy potential always catches the eye, as I mentioned in yesterday’s post. The problem is how to harness it. Eugen Sänger’s ‘photon rocket’ was an attempt to do just that, but the concept was flawed because when he was developing it early in the 1950s, the only form of antimatter known was the positron, the antimatter equivalent of the electron. The antiproton would not be confirmed until 1955. A Sänger photon rocket would rely on the annihilation of positrons and electrons, and therein lies a problem. 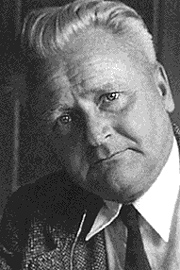 What Sänger needed was thrust. His idea of an ‘electron gas’ to channel the gamma rays his photon rocket would produce never bore fruit; in fact, Adam Crowl has pointed out in these pages that the 0.511 MeV gamma rays generated in the antimatter annihilation would demand an electron gas involving densities seen only in white dwarf stars (see Re-thinking the Antimatter Rocket). No wonder Sänger was forced to abandon the idea.

The discovery of the antiproton opened up a different range of possibilities. When protons and antiprotons annihilate each other, they produce gamma rays and, usefully, particles called pi-mesons, or pions. I’m drawing on Greg Matloff’s The Starflight Handbook (Wiley, 1989) in citing the breakdown: Each proton/antiproton annihilation produces an average of 1.5 positively charged pions, 1.5 negatively charged pions and 2 neutral pions.

Note the charge. We can use this to deflect some of these pions, because while the neutral ones decay quickly, the charged pions take a bit longer before they decay into gamma rays and neutrinos. In this interval, Robert Forward saw, we can use a magnetic nozzle created through superconducting coils to shape a charged pion exhaust stream. The charged pions will decay, but by the time they do, they will be far behind the rocket. We thus have useful momentum from this fleeting interaction or, as Matloff points out, we could also use the pions to heat an inert propellant — hydrogen, water, methane — to produce a channeled thrust. 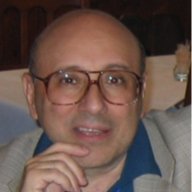 But while we now have a theoretical way to produce thrust with an antimatter reaction, we still have nowhere near the specific impulse Sänger hoped for, because our ‘beamed core’ antimatter rocket can’t harness all the neutral pions produced by the matter/antimatter annihilation. My friend Giovanni Vulpetti analyzed the problem in the 1980s, concluding that we can expect a pion rocket to achieve a specific impulse equivalent to 0.58c. He summed the matter up in a paper in the Journal of the British Interplanetary Society in 1999:

In the case of proton-antiproton, annihilation generates photons, massive leptons and mesons that decay by chain; some of their final products are neutrinos. In addition, a considerable fraction of the high-energy photons cannot be utilised as jet energy. Both carry off about one third of the initial hadronic mass. Thus, it is not possible to control such amount of energy.

We’re also plagued by inefficiencies in the magnetic nozzle, a further limitation on exhaust velocity. But we do have, in the pion rocket, a way to produce thrust if we can get around antimatter’s other problems.

In the comments to yesterday’s post, several readers asked about creating anti-hydrogen (a positron orbiting an antiproton), a feat that has already been accomplished at CERN. In fact, Gerald Jackson and Steve Howe (Hbar Technologies) created an unusual storage solution for anti-hydrogen in their ‘antimatter sail’ concept for NIAC, which you can see described in their final NIAC report. In more recent work, Jackson has suggested the possibility of using anti-lithium rather than anti-hydrogen.

The idea is to store the frozen anti-hydrogen in a chip much like the integrated circuit chips we use every day in our electronic devices. A series of tunnels on the chip (think of the etching techniques we already use with electronics) lead to periodic wells where the anti-hydrogen pellets are stored, with voltage changes moving them from one well to another. The anti-hydrogen storage bottle draws on methods Robert Millikan and Harvey Fletcher used in the early 20th Century to measure the charge of the electron to produce a portable storage device.

The paramagnetism of frozen anti-hydrogen makes this possible, paramagnetism being the weak attraction of certain materials to an externally applied magnetic field. Innovative approaches like these are changing the way we look at antimatter storage. Let me quote Adam Crowl, from the Centauri Dreams essay I cited earlier:

The old concept of storing [antimatter] as plasma is presently seen as too power intensive and too low in density. Newer understanding of the stability of frozen hydrogen and its paramagnetic properties has led to the concept of magnetically levitating snowballs of anti-hydrogen at the phenomenally low 0.01 K. This should mean a near-zero vapour pressure and minimal loses to annihilation of the frozen antimatter.

But out of this comes work like that of JPL’s Robert Frisbee, who has produced an antimatter rocket design that is thousands of kilometers long, the result of the need to store antimatter as well as to maximize the surface area of the radiators needed to keep the craft functional. In Frisbee’s craft, antimatter is stored within a fraction of a degree of absolute zero (-273 C) and then levitated in a magnetic field. Imagine the refrigeration demands on the spacecraft in sustaining antimatter storage while also incorporating radiators to channel off waste heat.

Image: An antimatter rocket as examined by Robert Frisbee. This is Figure 6 from the paper cited below. Caption: Conceptual Systems for an Antimatter Propulsion System.

Radiators? I’m running out of space this morning, so we’ll return to antimatter tomorrow, when I want to acknowledge Les Shepherd’s early contributions to the antimatter rocket concept.

The paper by Giovanni Vulpetti I quoted above is “Problems and Perspectives in Interstellar Exploration,” JBIS Vol. 52, No. 9/10, available on Vulpetti’s website. For Frisbee’s work, see for example “How to Build an Antimatter Rocket for Interstellar Missions,” 39th AIAA/ASME/SAE/ASEE Joint Propulsion Conference and Exhibit, 20-23 July 2003 (full text).