The name Proxima will always have resonance with interstellar theorists given that our nearest target — and one with a potentially life-bearing planet at that — is Proxima Centauri. Thus an acronym with the same pronunciation is bound to catch the attention. PROCSIMA stands for Photon-paRticle Optically Coupled Soliton Interstellar Mission Accelerator, one of 25 early-stage technology proposals selected for Phase I funding by the NASA Innovative Advanced Concepts (NIAC) office. A number of Phase II proposals selected for funding was also announced.

These awards are always fascinating to watch because they’re chosen from a host of bleeding edge ideas, helping us keep a finger on the pulse of deep space thinking even if many of them end with their Phase I funding, $125,000 over nine months to produce an initial definition and analysis. Should the results be encouraging, Phase II funding becomes a possibility, ramping the money up to $500,000 over two years to encourage further development.

The 2018 Phase I competition involved over 230 proposals and just 25 winners, a tough selection process that resulted in a number of interesting proposals. NIAC works by fostering ideas from a wide range of scientists working outside NASA’s umbrella, as Jim Reuter, acting associate administrator of NASA’s Space Technology Mission Directorate, notes:

“The NIAC program gives NASA the opportunity to explore visionary ideas that could transform future NASA missions by creating radically better or entirely new concepts while engaging America’s innovators and entrepreneurs as partners in the journey. The concepts can then be evaluated for potential inclusion into our early stage technology portfolio.” 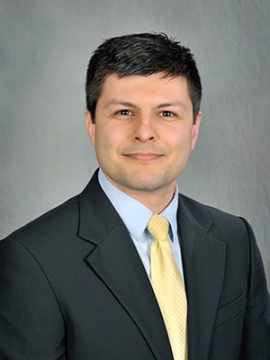 We’ll have plenty to work with over the next few days, but I’ll start with PROCSIMA, which comes from Chris Limbach (Texas A&M Engineering Experiment Station), and points to the possibility of solving a tricky problem in beamed propulsion. Specifically, if you’re using a laser beam to push a sail, how can you reduce the spread of the beam, keeping it collimated so that it will disperse as little as possible with distance? A perfectly collimated beam seems impossible because of diffraction, thus limiting the length of time our sail can remain under acceleration.

Particle beams, which actually offer more momentum per unit energy than laser beams, likewise tend to diverge, although as we’ve seen in earlier articles, the nature of the divergence is problematic (see the contrasting views of Jim Benford and Geoff Landis on the matter, as in Beaming to a Magnetic Sail). Particle beams might turn out to be just the ticket for fast in-system transportation as far out as the Oort Cloud, while being limited because of beam spread when it comes to interstellar applications. That makes divergence an issue for both types of beam.

But I should quote Geoff Landis (NASA GRC) first, because he thinks the neutral particle beam problem can be surmounted. Landis works with mercury in his example:

[Thermal beam divergence] could be reduced if the particles in the beam condense to larger particles after acceleration. To reduce the beam spread by a factor of a thousand, the number of mercury atoms per condensed droplet needs to be at least a million. This is an extremely small droplet (10-16 g) by macroscopic terms, and it is not unreasonable to believe that such condensation could take place in the beam. As the droplet size increases, this propulsion concept approaches that of momentum transfer by use of pellet streams, considered for interstellar propulsion by Singer and Nordley.

Benford sees the divergence problem as fundamental. Charged beams would interact, spiraling around each other to produce transverse motion that creates beam divergence. Neutral particle beams would seem to be the ticket if Landis is right, but Benford sees three problems. Let me quote him (from Sails Driven by Diverging Neutral Particle Beams; a JBIS paper on these matters has been accepted for publication but is not yet available):

First, the acceleration process can give the ions a slight transverse motion as well as propelling them forward. Second, focusing magnets bend low-energy ions more than high-energy ions, so slight differences in energy among the accelerated ions lead to divergence (unless compensated by more complicated bending systems).

Reducing the first two causes of beam divergence, Benford believes, is theoretically possible, but he sees the last source of divergence as unavoidable, nor does he accept Gerald Nordley’s idea of reducing neutral particle beam divergence through laser cooling. And he finds Geoff Landis’ idea of having neutral atoms in the particle beam condense (see Landis citation below) to be unlikely to succeed. Are our beaming strategies hopelessly compromised by all this?

PROCSIMA tries to get around the problem by combining a neutral particle beam and a laser beam, a technique that, according to Chris Limbach, could prevent spread and diffraction in both kinds of beam. Let me quote him from the NIAC description:

The elimination of both diffraction and thermal spreading is achieved by tailoring the mutual interaction of the laser and particle beams so that (1) refractive index variations produced by the particle beam generate a waveguide effect (thereby eliminating laser diffraction) and (2) the particle beam is trapped in regions of high electric field strength near the center of the laser beam. By exploiting these phenomena simultaneously, we can produce a combined beam that propagates with a constant spatial profile, also known as a soliton. 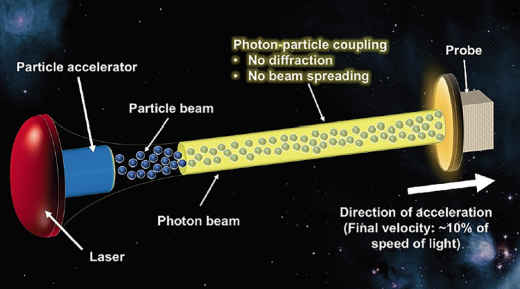 An interesting concept because it draws from recent work in high-energy lasers as well as high-energy neutral particle beams, producing a hybrid notion that seems worth exploring. In his precis on PROCSIMA, Limbach says he believes this beamed propulsion architecture would increase the probe acceleration distance by a factor of ~10,000, allowing us to send a 1 kg payload to Proxima Centauri at 10 percent of lightspeed, making for a 42-year mission.

We watch laser developments with interest particularly with regard to Breakthrough Starshot, which assumes a similar high-energy laser capability in the 50 GW range. Starshot is an investigation into nano-scale payloads carried by small beamed sails to nearby stars. Can we tap neutral particle beam technology to achieve increased delta-V, solving the diffraction problem at the same time? As Limbach points out, such technologies are a hot topic within the nuclear fusion community, which looks at heating magnetically confined fusion plasmas.

Expect more on this concept in short order. The Landis paper is “Interstellar flight by particle beam,” Acta Astronautica 55 (2004), 931-934. I’ll have a full citation on the Benford paper as soon as it is published.