“I always get the shakes before a drop,” wrote Robert Heinlein, the words being those of protagonist Johnny Rico in his novel Starship Troopers. I thought of them again this morning because while I don’t tend to get the ‘shakes,’ I do tend to get nervous before a major launch, and that’s what we have today. The image below comes from the TESS mission Twitter account @NASA_TESS (https://twitter.com/NASA_TESS) in a shot just posted as I write. Launch is scheduled for 1832 Eastern time (2332 UTC) and can be seen here. 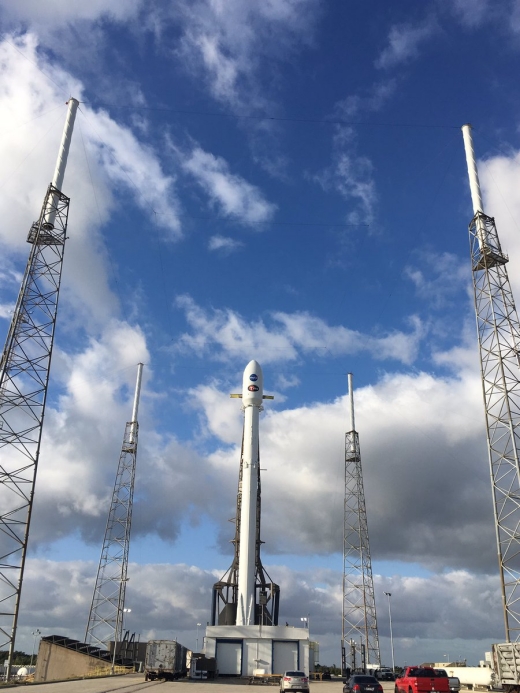 The launch vehicle is a SpaceX Falcon 9, lifting off from Cape Canaveral. Here’s a bit of NASA’s latest statement:

TESS is NASA’s next step in the search for planets outside of our solar system, known as exoplanets, including those that could support life. The mission is expected to catalog thousands of planet candidates and vastly increase the current number of known exoplanets. TESS will find the most promising exoplanets orbiting relatively nearby stars, giving future researchers a rich set of new targets for more comprehensive follow-up studies, including the potential to assess their capacity to harbor life.

All true, of course, but we should dwell on the fact that while the Transiting Exoplanet Survey Satellite will use the same transit method for exoplanet detection that Kepler used to such effect, the differences are instructive. Kepler looked at a fixed field of view from which to extract a statistical sample of the exoplanet population, one we could use to understand how common various kinds of worlds are in the galaxy. TESS now takes a look at bright, relatively nearby stars, using its four 16.4-megapixel imaging units to survey 85 percent of the visible sky.

Launching Monday, our planet-hunting @NASA_TESS spacecraft will fly in a unique orbit that'll allow it to study nearly the entire sky over 2 years. This special orbit is key in potentially finding thousands of new planets outside our solar system. Watch: pic.twitter.com/2ONGXewAji

I like what TESS project scientist Stephen Rinehart (NASA GSFC — GSFC manages the mission) has to say:

“TESS is opening a door for a whole new kind of study. We’re going to be able study individual planets and start talking about the differences between planets. The targets TESS finds are going to be fantastic subjects for research for decades to come. It’s the beginning of a new era of exoplanet research.”

That’s not hyperbole. By concentrating on stars less than 300 light years away, 30 to 100 times brighter than the Kepler target stars, researchers will be able to study planetary atmospheres using spectroscopy to learn things about mass, density and chemistry that go beyond what Kepler could tell us. Moreover, the TESS Guest Investigator Program will allow the scientific community around the world to take advantage of data outside the core TESS mission.

Can we expect the unexpected from TESS? I think so. Each new step in exoplanet discovery has shown us how much we have to learn. Now we’re looking at targets that may eventually allow us to search for biosignatures, where the findings are sure to be controversial. Just beginning that phase of exoplanet investigation is cause for celebration. Go TESS! 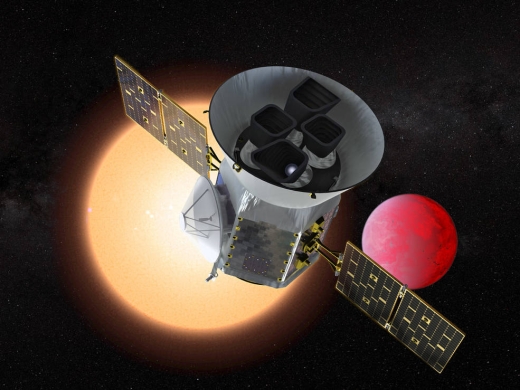 Previous post: The polis of Artemis on the Moon