Scaling up our space telescopes calls for new thinking. Consider this: The Hubble telescope has a primary mirror of 2.4 meters. The James Webb Space Telescope takes us to 6.5 meters. But as we begin to get results from missions like TESS and JWST (assuming the latter gets off safely), we’re going to need much more to see our most interesting targets. Imagine what could be done with a 30-meter space telescope, and ponder the challenge of constructing it. 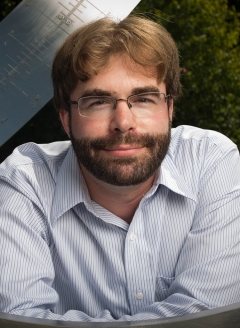 This is what Cornell University’s Dmitry Savransky has been doing, developing a NIAC study that looks at modular design and self-assembly in space. Savransky’s notions take me back to a much earlier era, when people like Bob Forward talked about massive structures in space that dwarf any engineering project we’ve yet attempted. Forward saw these projects — his vast Fresnel lens between the orbits of Saturn and Uranus 1000 kilometers in diameter, for example — as ultimately achievable, but his primary concern was to be sure the physics worked.

Rather than imagining spacesuited work crews in the tens of thousands welding metal to metal, I have long thought that the only way to conceive of structures on this scale is through nanotechnology and self-assembly, harvesting materials from the asteroid belt and achieving a robotic cascade of structural growth that, once programmed, would run with human oversight. So the idea of self-assembly in space on the scale of a 30-meter telescope is music to my ears.

But that kind of technology is in the future. Where do we stand today? Here’s Cornell’s Mason Peck on the matter:

“As autonomous spacecraft become more common, and as we continue to improve how we build very small spacecraft, it makes a lot of sense to ask Savransky’s question: Is it possible to build a space telescope that can see farther, and better, using only inexpensive small components that self-assemble in orbit?”

Peck’s credentials here are hard to surpass, given his extensive work on the nanocraft he calls ‘sprites,’ which are essentially spacecraft on a chip. You can see why Peck’s insights have proven so valuable to the Breakthrough Starshot concept, which envisions sending swarms of tiny payloads to nearby stars (exactly which stars, as we saw yesterday, is a question that has yet to be decided). But just how do we do self-assembly at our current level of technology?

What Savransky has in mind is discussed in the précis on his ideas published by NASA along with the other Phase I projects for 2018. The concept: Every part of the telescope, and that includes not just the primary and secondary mirrors but the support structures and the sunshield, are to be constructed from mass-produced spacecraft modules. Each module is a hexagonal spacecraft about 1 meter in diameter that houses an active mirror assembly.

We’re not at the level of nanoengineering, but the self-assembly is ingenious. Rather than trying to launch a single, massive space telescope, the heavy lifting is done by launching separate modules as payloads of opportunity. Each of the modules has the ability to navigate on its own to the Sun-Earth L2 point using a deployable solar sail. The concept wastes no materials — the planar telescope sunshield is built out of the solar sails during the assembly process. 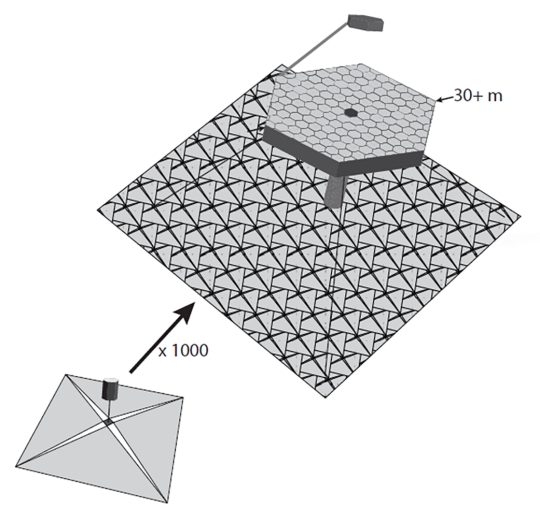 Construction of the 30-meter space telescope is thus as much a matter of programming as it is of mechanics. But Savransky’s $125,000 Phase 1 grant could be on to something big, a solution for the scaling problem we face with space instrumentation. Says its creator:

“James Webb is going to be the largest astrophysical observatory we’ve ever put in space, and it’s incredibly difficult. So going up in scale, to 10 meters or 12 meters or potentially even 30 meters, it seems almost impossible to conceive how you would build those telescopes the same way we’ve been building them.”

Whether or not modular self-assembly in the Savransky mode makes it through the initial feasibility study — this is essentially what Phase I NIAC work is all about — will determine whether the idea progresses up the ladder to a more detailed and focused Phase II. More specifically, the NIAC précis lays out where the scientist hopes to go in Phase I:

In the NIAC Phase I, we propose to carry out detailed simulations of the spacecraft flight and rendezvous dynamics in order to set requirements on the solar sail area and loading, along with analyses of the mirror assembly to validate the ability to achieve the required surface figure in the assembled primary and secondary mirrors.

And if we eventually build space telescopes in the 30-meter class? Mapping the surface of Earth-like planets around nearby stars becomes a possibility, as does resolved imaging of stellar populations at a level never before possible. Self-assembly in and of itself, if demonstrated through missions like this one, obviously becomes a major factor in future mission design. Up next for Savransky is a NIAC orientation meeting in early June as the study begins.