Breakthrough Starshot held an ‘industry day’ on Wednesday May 23rd devoted to its lightsail project to take nanocraft to another star, framing the release of a Request for Proposals during its early concepts and analysis phase. The RFP focuses on the sail itself, investigating sail materials and stability under thrust. Step A proposals are due June 22, step B proposals on July 10, with finalists to be notified and contracts awarded this summer. The intent of the RFP is laid out in documents and slides from the meeting that Breakthrough has now placed online.

From the RFP itself:

The scope of this RFP addresses the Technology Development phase – to explore LightSail concepts, materials, fabrication and measurement methods, with accompanying analysis and simulation that creates advances toward a viable path to a scalable and ultimately deployable LightSail.

We’ve been talking about Breakthrough Starshot in these pages for a long time, as a search through the archives will reveal. The intention is to send gram-scale probes commonly referred to as ‘starchips’ attached to sails on the scale of meters to a nearby star to investigate its planets, with the highly interesting Proxima Centauri b an obvious target given that it is also the closest star to the Sun. Propelling the sail will be a gigawatt-scale ground-based laser. 20 years of flight time sets up the flyby, with data transmission returning images of the star system. 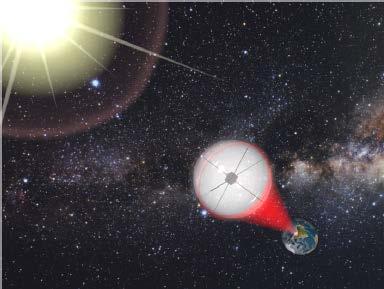 $100 million in research and development is to be spent over the next 5 years to determine the feasibility of both laser and sail. Overall, the five-year technology development period will be managed by three groups: Starshot’s sail committee, a photon engine committee and a systems engineering committee. After that, the goal from years 6 to 11 is to build a low-power prototype for space testing. After that comes a full scale laser system (called the ‘photon engine’) over the next 20 years, with launch of an interstellar mission occurring in approximately 30 years.

It’s an ambitious schedule, to be sure, but the early conceptual steps are now being taken, with initial sail work investigating candidate materials and sail stability. Keeping a sail stable under the high accelerations induced by the laser array is obviously critical and has already involved discussions and papers on different sail configurations, while the equally critical issue of sail materials is likewise considered in the RFP, which is Phase 1 of the sail’s development.

Phase 2 of the technology development program for the lightsail will validate lightsail materials and stable designs by proof of concept laboratory demonstrations, while Phase 3 takes us into laboratory testing of scalable prototypes. All of this points toward the eventual goal of a prototype mission that would launch nanocraft to a target here in the Solar System.

With this RFP focusing on Phase 1, Breakthrough Starshot seeks proposals for quantitative models that can produce testable predictions of sail performance, mathematical models defining the necessary conditions for sail stability, experimental methods for lightsail material fabrication and precision measurements to ‘validate optical, thermal and mechanical stability of materials.’ Here is the RFP statement of key issues involved in identifying candidate materials and designs:

The second objective of the RFP is to identify and assess optimally-shaped designs for a stable sail that can withstand the temperatures and accelerations involved in pushing nanoncraft to 20 percent of the speed of light in a matter of minutes. The RFP notes the key issues here as:

You can download the RFP from the Breakthrough Starshot site for bidding information; note that multiple awards are anticipated. A layout of the proposal process and requirements is provided there, with submission information. The procurement is a two-step process with initial (short) white paper proposal evaluated by the Starshot lightsail committee and experts in beamed propulsion, and a second round in which finalists are invited to make final proposals. Contract negotiations will then be performed by the Starshot lightsail committee.

Previous post: Dawn at Ceres: Imagery from a Changing Orbit