Toward An Archaeology of Exo-Civilizations

Although he has published several previous books and is well represented in the technical literature, Adam Frank (University of Rochester) found himself suddenly thrust onto the public stage with an op-ed he wrote in the New York Times in 2016. Chosen by the paper’s editors, the title “Yes, There Have Been Aliens” injected a certainty Frank didn’t intend, but it brought up an intriguing point: We may not know whether other technological civilizations exist now, but the odds are exceedingly good that at some point, somewhere, they once did. 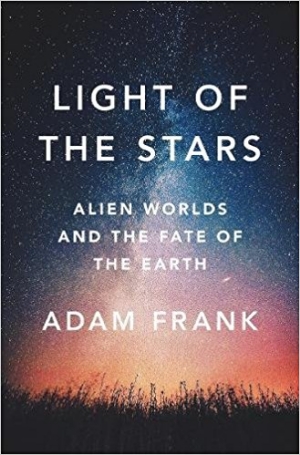 Frank and colleague Woody Sullivan had written the original idea up for Astrobiology, the result of their pondering how exoplanet data now streaming in could be used to refine the original Drake equation, which sets up the factors thought to determine the prevalence of technological societies in the universe. In his new book Light of the Stars, Frank explains by way of background that the duo realized they needed to change Drake’s focus by removing the question of the average lifetime of such a culture.

For the time being, then, the L factor that Drake used to cover the average lifetime of a technological civilization would be ignored (though it permeates the book in ways we’ll soon see). For now, let’s look at what our exoplanet data are telling us. For thanks to missions like Kepler and the effort going into other planet hunting methods from radial velocity to gravitational microlensing, we’re learning how to answer the astronomical terms in the Drake equation.

Ponder: We have a good read on the number of stars with planets, something Drake couldn’t have known in his early formulation (the value is now thought to be about 1, meaning just about every star we can see will have at least one planet). We can also begin to make estimates of the number of habitable zone planets around each star, another factor in the Drake equation, and Frank goes with the figure of one in five stars hosting a planet with a chance for life as we know it. That means planets with liquid water on their surface, the classic habitable zone definition.

Frank and Sullivan chose to re-write the Drake equation with the new values incorporated but without reference to L. They pursued the probability that humans might be the only civilization the universe has yet produced. Their answer: 10-22, which means one in ten billion trillion. The number identified what the author calls ‘the pessimism line.’ From the book: 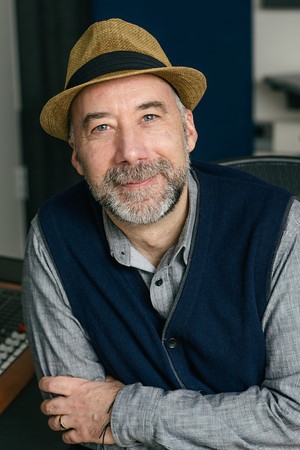 To understand how to think about the pessimism line, imagine you were handed a very big bag of Goldilocks-zone planets. Our results say the only way human beings are unique as a civilization-building species would be if you pulled out ten billion trillion planets and not one of them had a civilization. That’s because Kepler has shown us that there must be ten billion trillion Goldilocks-zone planets in the universe. So the pessimism line is really telling us how bad the probability of a civilization forming would have to be in order for ours to be [the] only one that has ever existed.

So while we can’t know how many civilizations exist right now, which was the Drake question (the relevance to SETI is obvious), we can get a sense for the odds that somewhere, somewhen, civilization has formed. As the author points out, your chance of being killed by lightning in any given year is about one in ten million. And that would be a thousand trillion times more likely than our species being the only civilization in the history of the cosmos.

You can see why this caught the attention of journalists and the public at large. We’ve looked at Frank’s work quite a few times on Centauri Dreams, as a look through the archives will show (the best place to start is probably Perspectives on Cosmic Archaeology). A criticism Frank addresses straightforwardly in the book is the obvious one: We have no information on the odds for abiogenesis itself, without which we can’t rule out the prospect that we are alone in the universe. Likewise we have no data on how likely intelligence is to develop once life has begun. We are dealing here solely in terms of probabilities, and probability is not proof.

Even so, these probabilities really are striking. The passages in Light of the Stars covering this work are among the most compelling in the book. Frank compares the one in ten billion trillion number to the pessimistic predictions of others who have addressed the probability of intelligent life arising. Ernst Mayr, for example, ruled it out because while he believed life could be common, only one of approximately 50 billion species that have existed on Earth had produced a civilization. But even given Mayr’s strictures, the sheer number of stars and planets implies at least 10 million high-tech civilizations have at some point developed somewhere.

The universe has had plenty of time and opportunity, in other words, to produce civilizations. Combine that with the fact that we have begun to understand, through our missions to other planets in our own Solar System, something about how planets grow and change over time. Thus the challenges we face in our own anthropocene era as we adapt our civilization to the planet around us and inescapably cause change to it — as all life has done — have likely been faced by many cultures, who have either found a way to make civilization an enduring process or have succumbed to planetary catastrophe driven by their growing demands for energy.

Life itself is a game-changer for planetary environments, operating on our world long before humans emerged. The single-celled organisms of the Archaean eon so early in the history of our planet would gradually have to cope with photosynthetic organisms. Eventually cyanobacteria began producing huge amounts of oxygen in what is known as the Great Oxidation Event. The sharp increase in atmospheric oxygen proved poisonous to pre-existing life but also allowed the evolution of creatures with far more interesting metabolisms.

So, what does the GOE, with all its power and reach, teach us about the Anthropocene? It demonstrates that life is not an afterthought in the planet’s evolution. It didn’t just show up on Earth and go along for the ride. The GOE makes it clear that, at an earlier point in Earth’s history, life fully and completely changed the course of planetary evolution. It shows us that what we are doing today in driving the Anthropocene is neither novel nor unprecedented. But it also tells us that changing the planet may not work out well for the specific forms of life that caused the change. The oxygen-producing (but non-oxygen-breathing) bacteria were forced off the Earth’s surface by their own activity in the GOE.

What Frank would like to arrive at is a ‘theoretical archaeology of exo-civilizations,’ a goal that seems philosophical at best, but one which can be interestingly modeled through computer simulations. The Second Law of Thermodynamics gives us insights into the feedbacks that energy use and the production of waste have on planetary systems. Frank would like to model young civilizations using combustion, wind and tidal power, geothermal methods, solar energy and nuclear in a huge variety of planetary environments to calculate the planetary impact.

A planet that lives close to the inner edge of its habitable zone might be so highly sensitive to runaway greenhouse warming that its civilization barely has time to progress before it faces its own version of the Anthropocene and collapses. Another world, farther out from its star, may be less sensitive to planetary change but have a civilization that refuses to recognize the change until the die-off has already begun. A different species on a different world could manage to build its project of civilization using only lower-impact forms of energy and make a gentle soft landing to a sustainable state that lasts thousands of millennia.

Now you can see how we circle back around to Drake’s final factor, L. It was useful for SETI because it helped to define the odds of discovering a currently existing civilization through our various methods of detection. But if we can develop simulated histories for hundreds of thousands of exoplanets in order to tweak the parameters of their civilizational responses to the changes they create on their home worlds, we can calculate an average civilization lifetime.

Frank sees this discussion as leading beyond this early research to increasingly realistic models fed by exoplanet studies, models that can be run for as many iterations as needed to simulate the possible trajectories of a vast number of worlds. These models can give us a sense for likelihoods that can have relevance to our own civilization’s future as we grapple with what must be universal issues of energy use and the inexorable scaffolding of thermodynamics. Don’t spend much time looking for a way around the Second Law of Thermodynamics, Frank advises. Most likely it’s simply ‘baked into the structure of the universe.’

Frank is thus calling for the development of a roadmap for civilizations to rise to Nikolai Kardashev’s Type 1 classification, meaning a society capable of capturing all the light energy reaching its planet from the host star, and perhaps, having survived this journey, able to rise even higher up the Kardashev scale. That scale, first presented at a famous meeting in Byurakan Observatory in Armenia, is another piece of the history of astrobiology that Frank examines in Light of the Stars, presenting a useful backgrounder for anyone hoping to discover how our views of the interactions between technology and our planet have been understood over time.

Drawing on the findings of the space program and exoplanetary research, Frank presents the Earth as one more example of a planet that needs to be understood as a tightly coupled system. Our civilization presents our world with only the latest of its challenges. The book is an eloquent call for harnessing our mathematical tools coupled with an exoplanet data influx to gain insight into our own transition to a stable pattern of growth. That pattern, if we assume ever increasing energy use, could well take a culture like ours off planet and into its local stellar system.