Can We Catch the Next ‘Oumuamua?

Ever since the passage of interstellar interloper ‘Oumuamua, we’ve become aware of the opportunities presented by objects entering our system from interstellar space, at the same time wishing we had the resources at hand to investigate them close-up. Andreas Hein and colleagues at the Initiative for Interstellar Studies have examined the possibilities for reaching ‘Oumuamua through Project Lyra (see Project Lyra: Sending a Spacecraft to 1I/’Oumuamua), a study that also takes in the kind of future infrastructure that could allow us to react to the next such object.

Now comes the interesting news that the European Space Agency is developing a mission called Comet Interceptor, one capable of visiting a long-period comet coming into the inner system from the Oort Cloud, but just as capable of reaching an interstellar visitor. The idea revolves around not a single spacecraft, but a combination of three. The composite vehicle would be capable of orbiting the L2 Lagrange point 1.5 million kilometers from Earth until it finds a suitable target. At that point, it would journey to the object and separate into three modules. 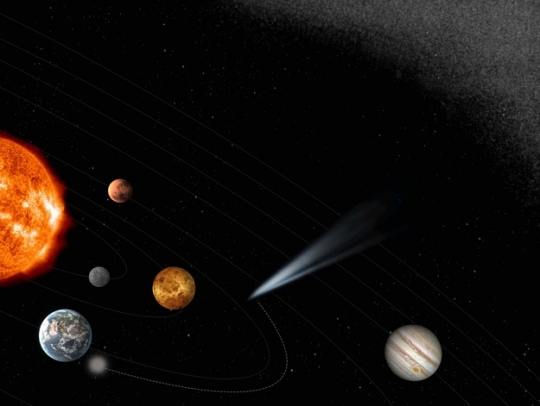 Image: Comet Interceptor has been selected as ESA’s new fast-class mission. It will be the first spacecraft to visit a truly pristine comet or other interstellar object that is only just starting its journey into the inner Solar System. The spacecraft will wait at the Sun-Earth Lagrange point L2, which is 1.5 million kilometres ‘behind’ Earth as viewed from the Sun. It will travel to an as-yet undiscovered comet, making a flyby of the chosen target when it is on the approach to Earth’s orbit. The mission comprises three spacecraft that will perform simultaneous observations from multiple points around the comet. Credit: ESA.

Each module will be equipped with a science payload that complements the instrumentation on the others, offering insights into cometary gas and dust and the plasma environment near the object through a mass spectrometer along with dust, field and plasma instruments. Thus we get ‘multi-point’ measurements offering insights into cometary interactions with the solar wind, the stream of plasma from the Sun that itself is constantly changing in velocity and intensity.

This is a fundamentally different concept from previous missions like Giotto and Rosetta. Giotto flew within 600 kilometers of Comet 1P/Halley in 1986, with another pass by Comet Grigg-Skjellerup in 1992. Rosetta targeted Comet 67P/Churyumov-Gerasimenko in a highly successful mission in 2014. Both comets are short-period objects with periods of less than 200 years, with 67P/Churyumov-Gerasimenko orbiting every 6.5 years and Halley every 76.

In both cases, the comet’s frequent passage into the inner system has meant changes to the surface. What Comet Interceptor is looking for is a first-time visitor, one whose materials should be relatively unprocessed since the earliest days of the system. But ESA is also thinking about interstellar objects like ‘Oumuamua as potential destinations, for the mission has the luxury of being able to choose its target from its stable vantage point at L2. Given the success of the Pan-STARRS effort at finding new comets and the construction of the Large Synoptic Survey Telescope in Chile, slated to reach first light in 2020, we should have no shortage of targets.

“Pristine or dynamically new comets are entirely uncharted and make compelling targets for close-range spacecraft exploration to better understand the diversity and evolution of comets. The huge scientific achievements of Giotto and Rosetta – our legacy missions to comets – are unrivalled, but now it is time to build upon their successes and visit a pristine comet, or be ready for the next ‘Oumuamua-like interstellar object.” 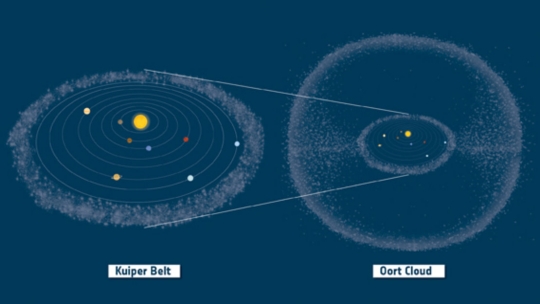 In official terminology, Comet Interceptor is an F-class mission, the ‘F’ standing for ‘fast,’ as in ‘fast implementation’ — the total development time from selection of the mission to readiness to launch is to be eight years. But we might also consider it in terms of ‘fast response,’ just what is needed to reach objects that appear with no prior warning. This category of mission will have a launch mass of less than 1,000 kilograms. Comet Interceptor is now seen going into space along with exoplanet hunter ARIEL in 2028, both missions being delivered to L2.