I’m staying in Apollo mode this morning because after Friday’s piece about the Lunar Module Simulator, Al Jackson forwarded two further anecdotes about his work on it that mesh with the discussion. Al also reports that those interested in learning more about the LMS can go to the official Lunar Module familiarization manual, which is available here. I’ve also inserted some background on the LMS, with my comments in italics. 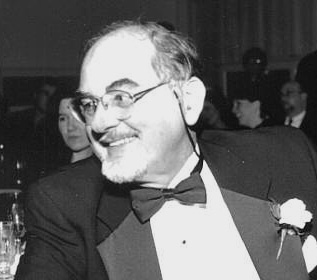 A couple of funny anecdotes about the Lunar Module Simulator.

It took some effort to get the LMS up and running … we could do a little simulation when it was first installed, but I had a very irregular schedule. I always worked at the LMS crew training 8 am to Noon, but for most of 1967, because the crew did not train after 5 pm, I came many the night with the Singer engineers to test the LMS, sometimes 6 to midnight, sometimes midnight to 7 am, and yeah I had to stick around for the 8 am to noon shift, and then go home and sleep.

There was a lot of weekend work too, it was 24-7-365 for about two years. (We did take Thanksgiving and Christmas off).

The most impressive glitch I remember was after Apollo 9 flew. Apollo 9 was Earth orbit only. We immediately then started doing lunar operations, especially ascents (I don’t think we had all the software and visuals for descent yet). All this was mostly digital to analog conversion. The equations of motion and the out-the-window visuals were being driven by a large bank of digital computers, most programmed in FORTRAN.

The reset point was the LM on the Lunar surface. So the set-up was that you looked out the LM cockpit window at a lunar surface (we had a better scene later), and when you hit the button to start the engine, the LM window showed the lunar surface slowly fade away and all went gray. The printout said our altitude was negative. We were sinking into the Moon!

So the guys fixed a Boolean in the software to keep us on the surface. Ok, then when one launched, that is turned on the ascent engine, we had engine on for 460 seconds. Ascent looked good, but look out the window and slowly the lunar surface came up and hit you in the face! The LM was doing a ballistic arc!

It took a day to figure it out. The solution was easy – looking at the code we saw that someone had forgotten to replace the central mass in the equations of motion, EOM. We were using the Earth’s mass, not the Moon’s!

A second anecdote. They finally installed the high fidelity Lunar Surface sim support, a model of the landing site made of plaster with a 6 degree of freedom TV camera rig, this video responding to the LMS EOM fed video to the cockpit windows. So, of course, the technicians glued a plastic bug to that model surface. When the crew made a landing, if facing the right way, a Godzilla sized bug appeared in the distance! The crews of course loved it, sim management not so much.

The Lunar Module Simulators in Houston and Cape Kennedy were produced by the Link Group of Singer General Precision Systems, under contract to Grumman Aircraft Engineering Corporation, with visual display units provided by Farrand Optical Company. From an article Al forwarded to me this morning titled “The Lunar Module Simulator,” by Malcolm Brown and John Waters, this description:

The Lunar Module Simulator was designed to train flight crews for the lunar landing mission. It is a complex consisting of an instructor-operator station, controlling computers, digital conversion electronics, external visual display equipment, and a fixed-base crew station. Actual flights are simulated,through computer control of spacecraft systems and mission elements which are modeled by real-time digital programs. Dynamic out-the-window scenes are provided through an infinity-optics display system during the simulated flights.

A five-ton system of lenses, mirrors and mounts made up the visual display system, which was attached to the LMS crew station. The heart of the simulator was a crew station that resembled in all details the actual spacecraft. Here is a photo Al sent showing the Mission Effects Projector. Another subsystem of the LMS visual suite, it used a film projection device for the early descent phase until switching to an optical unit that moved over a model of the Moon’s surface.: 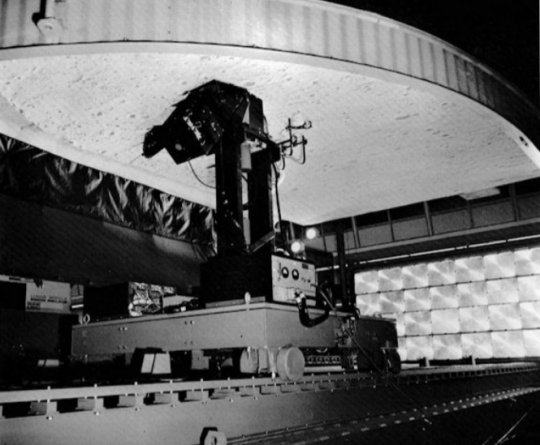 Here’s the document’s description of this critical LMS component:

From approximately 8,000 feet almost to touchdown, the simulated views of the lunar surface are generated by the landing and ascent model, and are transmitted to the visual display system through high resolution television. The images are available to either forward window of the LMS crew station. The landing and ascent model, shown in Figure 18, consists of an optical probe located on a movable carriage and an overhead model of the lunar surface. This last is an accurate reproduction of one of the chosen lunar landing sites, constructed by the U.S. Army Topographical Command. Simulated sunlight on the lunar surface, which produces shadows used for visual evaluation of the landing site, comes from a special collimated light source.

Incidentally, in the incident with the bug that Al mentions above, this same document records that Armstrong, seeing what appeared to be a 200-foot tall horsefly in the distance after landing on the Moon, announced there would be no EVA, whereupon he was asked by the engineers simulating Mission Control why he would cancel, since large horseflies were common in Texas, where Armstrong lived. Neil’s response: He was not concerned as much about the 200-ft horsefly as he was about the 10,000 foot man who had placed it there. 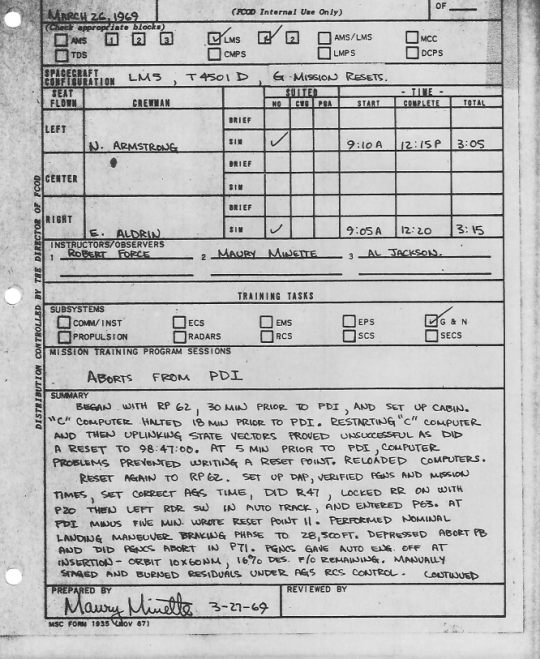