Radial velocity methods for detecting exoplanets keep improving. We’ve gone from the first main sequence star with a planet (51 Pegasi b) in 1995 to over 450 planets detected with RV, a technique that traces minute variations in starlight as a star nudges closer, then further from us as it is tugged by a planet. Radial velocity, then, sees gravitational effects while not directly observing the planet, which may in some cases be studied by its transits or direct imaging. 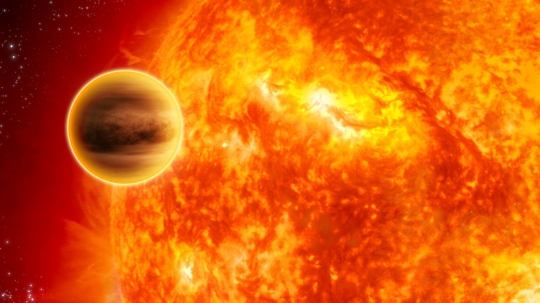 Image: 51 Pegasi b, also called “Dimidium,” was the first exoplanet discovered orbiting a star like our sun. This groundbreaking find in 1995 confirmed that planets around main sequence stars could exist elsewhere in the universe. Credit: NASA.

Transit methods have accounted for more planets, but radial velocity techniques are increasingly robust and continue to provide breakthroughs. Consider this morning’s news about HR 5183, which is now known to be orbited by a gas giant designated HR 5183 b. Astronomers at the California Planet Search have employed data from Lick Observatory in northern California, the W. M. Keck Observatory in Hawaii and McDonald Observatory in Texas to identify the planet around a star they have been studying since the 1990s. Even now, they do not have data corresponding to a single full orbit of the planet.

Thus the inherent dilemma of radial velocity work: To analyze Doppler data, observations taken over a planet’s entire orbital period are optimal, but as the distance between planet and host star widens, a full orbit can take decades or even centuries. But with data on a timescale of decades, the California Planet Search team identified this one because of its odd orbit. Andrew Howard (Caltech), who leads the effort, points to the unusual nature of its motion:

“This planet spends most of its time loitering in the outer part of its star’s planetary system in this highly eccentric orbit, then it starts to accelerate in and does a slingshot around its star. We detected this slingshot motion. We saw the planet come in and now it’s on its way out. That creates such a distinctive signature that we can be sure that this is a real planet, even though we haven’t seen a complete orbit.”

Just how HR 5183 b got into such an interesting orbit is an intriguing question, one that is most likely answered by gravitational interactions with a planet of roughly the same size. The scenario: One planet is pushed out of the system to become a ‘rogue’ planet without a star, while HR 5183 b is forced into the orbit we observe, one that takes somewhere between 45 to 100 years to complete. Needless to say, we have nothing like this in our Solar System, but the new world reminds us how a system can be shaped by encounters between giant planets.

Moreover, there is an interesting twist here, a possible stellar companion that the authors have identified in the form of HIP 67291, a K-class star on the order of 15,000 AU from HR 5183. At this distance, the companion star is too far away to affect HR 5183 b, but it has to be included in any discussion of this system’s evolution. From the paper:

The extreme eccentricity and decades-long orbital period of HR 5183 b, coupled with the existence of a widely separated, eccentric stellar companion…raise interesting questions about the system’s formation. High eccentricity is a signature of past dynamical interactions (Dawson et al. 2014). Moreover, recent dynamical simulations by Wang et al. (2018) revealed that systems hosting multiple young massive planets, presumably near their formation locations, are likely unstable on Gyr or shorter timescales. Therefore, the HR 5183 system might have initially contained multiple massive planets with moderate eccentricities.

All of which backs the theory of a slingshot effect, with one planet coming close to the other and, in Howard’s words, coming “in like a wrecking ball, knocking anything in its way out of the system.”

We’re also reminded that radial velocity methods are now moving deeper into stellar systems, helping us to learn about planets that do not necessarily transit but leave their signature on the host star’s motion. The paper goes on to point to another system, HR 8799, which contains at least four massive planets whose orbital motion was confirmed by direct imaging.

Planet-planet interactions in such a system could have ejected some planets and transferred angular momentum to the remaining planet(s), pumping their eccentricities. If this is true, the HR 5183 system could be viewed as the “fate” of systems like HR 8799. Dynamical work aiming to distinguish between this and other possible formation scenarios (for example, potential past interactions with HIP 67291) would be an excellent avenue for future studies. It will be interesting to learn whether HR 5183 b represents the eventual evolution of multiple giant planet systems like HR 8799, or if it is in a class all its own.

So radial velocity finds its way into a previously unexplored parameter space, the realm of long-period gas giants on eccentric orbits. Usefully, HR 5183 b is a candidate for future detection through high-contrast imaging and stellar astrometry, which would make it possible to measure its mass directly. The authors believe the planet will be detectable in data from Gaia, ESA’s space observatory designed to use astrometry to measure the positions and motions of stars with the highest precision yet. We’ll be hearing a good deal more about HR 5183 b.

The paper is Blunt et al., “Radial Velocity of an Eccentric Jovian World Orbiting at 18AU,” accepted at The Astronomical Journal (preprint).

Next post: A Major Step for the James Webb Space Telescope