I continue to be fascinated by small stars. My earliest passion for such involved red dwarfs, which appeared to make habitable planet possibilities that would be of great interest to science fiction authors, assuming such environments could survive tidal lock and stellar flaring. But white dwarfs have a weird seductiveness of their own, because we’re learning how to extract from them information about planets that orbited them before being consumed.

Thus a new paper out of UCLA, which focuses on an unusual way of determining the geochemistry of rocks from beyond our Solar System. We can do this because white dwarfs, the remnants of normal stars that have gone through their red giant phase and collapsed into objects about the size of the Earth, have strong gravitational pull. That means we would expect heavy elements like carbon, oxygen and nitrogen to vanish into their interiors, utterly out of view to our instruments. We should see little more than hydrogen and helium, making what actually does show up in their atmospheres intriguing. 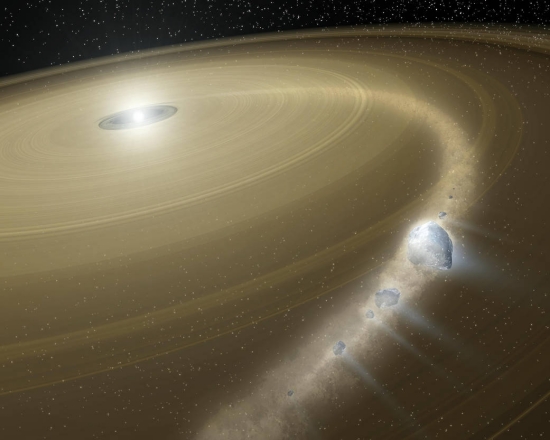 According to the UCLA researchers, spectroscopic studies reveal that the atmospheres of up to half of white dwarfs with effective temperatures below 25,000 K are polluted by elements heavier than helium. With their own heavy elements hidden within the stars’ interiors, white dwarf atmospheres are clearly collecting something external, presumably debris from rocky bodies that once orbited the stars and became disrupted by their gravitational pull.

We are talking about stellar objects a long way off. The closest examined in the study led by graduate student Alexandra Doyle is some 200 light years out, but Doyle’s UCLA team went to work on six white dwarfs in all, the farthest being at a distance of 665 light years. Doyle likens the work to a tool we’re familiar with in other spheres of inquiry. “Observing a white dwarf,” she says, “is like doing an autopsy on the contents of what it has gobbled in its solar system.” 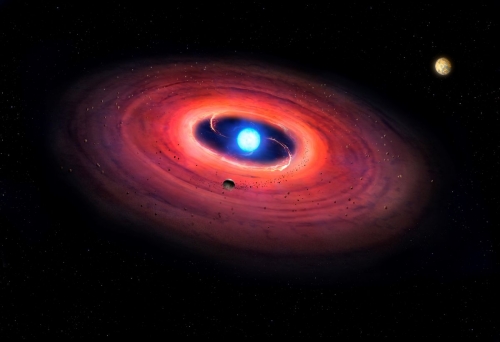 Image: An artist’s rendering shows a white dwarf star with a planet in the upper right. Credit: Mark Garlick.

A key issue here is what is known as fugacity, which is helpfully defined in the issue of Science in which the paper ran: “The oxygen fugacity of a rock, fO2, is a measure of how oxidizing or reducing its surroundings were when the rock formed. Different minerals form at different fO2 and have different physical properties, so the internal structure of an exoplanet depends on this value.”

The importance of oxidation — in which iron shares its electrons with oxygen — is clear when we consider its impact on our own planet. Co-author Edward Young (UCLA):

The question under consideration: Are rocks in our Solar System typical of those around other stars? Doyle’s results show oxygen fugacities within range of what we find on Earth and Mars, as well as asteroids. This would suggest that there are geochemical similarities between Earth and the rocky exoplanets whose disintegration is measured around the white dwarfs.

It’s hard to see how else we might go to work on geochemistry around other stars than by studying white dwarf atmospheres. The paper notes that estimating the composition of exoplanets from their host star abundances or from planet mass-radius relationships is unreliable. White dwarfs provide a more direct alternative for studying extrasolar rocks. 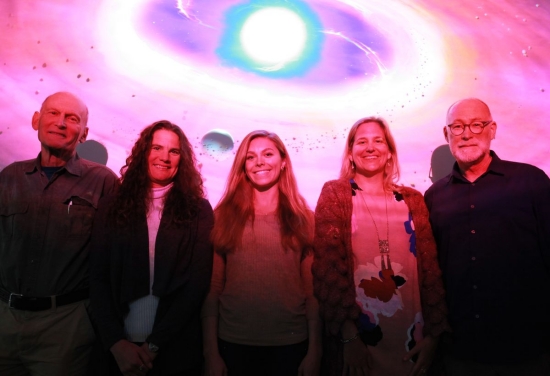 The UCLA scientists homed in on the six most common elements in rock: iron, oxygen, silicon, aluminum, magnesium and calcium, as found in white dwarf atmospheres. They compared their calculated results with Solar System materials, with findings that imply, according to co-author Hilke Schlichting (UCLA), that a planet bearing such rocks would have similar plate tectonics and potential for magnetic fields as the Earth. Let the paper conclude the story:

Our results show that the parent objects that polluted these WDs had intrinsic oxidation states similar to those of rocks in the Solar System. Based on estimates of their mass, the bodies accreting onto WDs were either asteroids that represent the building blocks of rocky exoplanets, or they were fragments of rocky exoplanets themselves. In either case, our results constrain the intrinsic oxygen fugacities of rocky bodies that orbited the progenitor star of their host WD. Our data indicate that rocky exoplanets constructed from these planetesimals should be geophysically and geochemically similar to rocky planets in the Solar System, including Earth.