Will Humans Ever Walk on Exoplanets?

Searching for biosignatures in exoplanet atmospheres is something we can look forward to in as little as a decade, judging from the progress now being made in planning future ground- and space-based telescopes. A key challenge is to catalog habitable zone planets upon which to practice our methods, and our tools for doing this are steadily evolving. Take ESPRESSO (Echelle Spectrograph for Rocky OxoPlanet and Stable Spectroscopic Observations), which can reduce a star’s movement to or away from us down to a minute 10 centimeters per second.

You can imagine what this means for radial velocity studies, which now routinely parse the to-and-fro of stellar motions as a way of detecting exoplanets. The smaller the gravitational effect we can detect, the sharper our observations, bringing much smaller planets in range. We move from hot Jupiters and Neptunes into the realm of Earth-mass worlds around stars like the Sun. Commissioned in 2017, ESPRESSO is installed at the European Southern Observatory’s Very Large Telescope in Chile, and exoplanet hunter Nuno Santos intends to put it to good use. 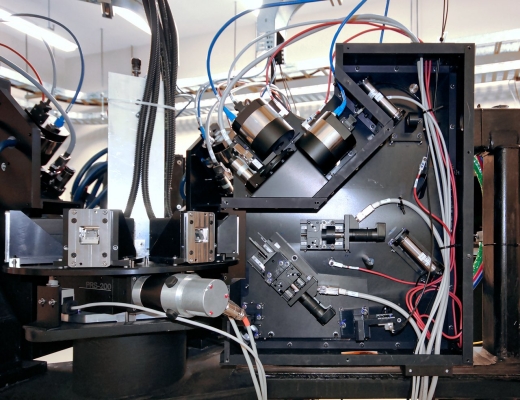 Image: The Echelle SPectrograph for Rocky Exoplanet and Stable Spectroscopic Observations (ESPRESSO) successfully made its first observations in November 2017. Installed on ESO’s Very Large Telescope (VLT) in Chile, ESPRESSO will search for exoplanets with unprecedented precision by looking at the minuscule changes in the properties of light coming from their host stars. This view shows the inside of one of the ESPRESSO front-ends where all the active components of the spectrograph are located. Credit: Giorgio Calderone, INAF Trieste.

I’m looking at a recent Bruce Dorminey article about Santos in Forbes, but before going deeper into ESPRESSO, I want to note the headline of the article: “‘Nonsense’ To Think Humans Will Ever Move to Nearby ExoEarth, Says Leading Planet Hunter.” This is what Santos (University of Porto, Portugal) believes, and it’s a sentiment that’s getting a fair bit of play around the Net. My first impulse was to agree with Santos, but then I realized how much is packed into that verb ‘move.’ 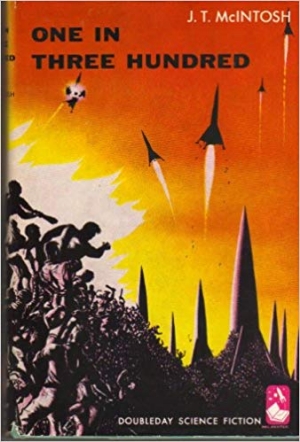 If the idea is that we will never move humanity en masse to another star system (presumably because of some catastrophe on Earth), then I think Santos is exactly right. Try to imagine gigantic fleets of generation ships setting out to escape a dying Earth and the whole picture starts to pixelate. This reminds me a bit of a J.T. McIntosh novel called One in Three Hundred, which grew out of three novellas published in Fantasy and Science Fiction in 1953 and 1954. Their titles: “One in 300” (February 1953), “One in a Thousand” (January 1954), and “One Too Many” (September 54). You get the idea.

But I’d hate to think that an uncritical reading of Santos’ comment might fix in the public imagination the idea that research into interstellar travel is pointless. After all, when people from Europe began to explore the other side of the planet and settle in places like Australia and New Zealand, only a small percentage of the European population ever made the daunting journey. A few pioneers risk everything, then commerce gradually emerges amidst scientific follow-ups, and over time a new population, born and raised in the new territories appears. If we somehow solved the problem of getting humans to other stars, that pattern could conceivably reappear.

There are no guarantees that human interstellar travel will happen in the first place, but if it does, it will be because robotic probes have led the way — our AI Captain Cooks, if you will — while early attempts to colonize, if we were actually able to find a place where these could occur, would doubtless be the work of small groups with a variety of agendas. If the Earth they leave behind really did succumb to disaster, most of its population would die with it, another reason to keep this world healthy, study its systems and try to undo self-inflicted damage.

Recommended reading on this latter point is David Grinspoon’s Earth in Human Hands (Grand Central Publishing, 2016), which accepts a human future in space within the context of a healthy Earth and the moral choices that accompany action in the Anthropocene era, as Grinspoon would have it. But assuming human survival on a healthy Earth, my guess is that we’re going to find sending robotic probes with a reasonable travel time much harder than we’ve imagined. I do think that sometime within the next 100 years or so, we’ll accomplish it. Whether we get to humans aboard interstellar craft is dependent on so many contingencies that I can’t assign a probability to it. I hope we figure it out.

But back to ESPRESSO. Santos is a former grad student who worked under Michel Mayor (not bad to come up under the tutelage of a Nobel Prize winner!) He sees us building a catalog of potentially habitable planets from which we can choose the best candidates for biosignature analysis, presumably through space-based instruments and the coming generation of extremely large telescopes (ELTs). ESPRESSO, which can combine the light of all four of the VLT’s telescopes to achieve the light-collecting power of a 16-meter telescope, is a game-changer.

Low mass planets require stable instruments, but even the famed HARPS spectrograph (High Accuracy Radial velocity Planet Searcher) at the ESO La Silla 3.6m telescope can only get us down to a bit lower than 1 meter per second. ESPRESSO’s 10 centimeters per second takes us into the realm of detecting a habitable zone planet that allows radial velocity methods to keep contributing, along with transits and gravitational microlensing, to the biosignature target list.

Will humans someday walk on such worlds? The first goal will be to survive all the traps our increasingly complex technologies set for us. This is the L term in Frank Drake’s famous equation, measuring how long a technological society lasts. If we manage to get through this filter, robotic probes will take our sensors increasingly far from Earth. It will only be through the lessons learned from such craft, and the decisions we make about the value of human vs. artificial presence on worlds like these, that we will learn how to answer this question.

Previous post: SWIMMERs: A Thought Experiment on the Potential and Limitations of Propellantless Interstellar Travel