Some Thoughts on Science Fiction Visuals

With the conclusion of The Man in the High Castle’s TV version, I’ve been having a few conversations about the ins and outs of turning the novel into a considerably bloated series. Or maybe I should say simply that when I realized at the end of the first season that, having made their choices and essentially filmed their version of the book, the producers were now going to go for further seasons, I was dismayed. Who would be making the choices now that the original author was not available, and how would the plot unfold? An ongoing series can do this well, of course — consider the absorbing tale unfolding in The Expanse — but going well outside the boundaries of a foundational novel can often be asking for trouble.

While I wasn’t much taken with the way The Man in the High Castle’s plot played out on TV, I did go ahead and watch every episode because I found the visuals so entrancing. The idea of a Japanese occupied California was fully realized, with touches like the Japanese fascination with American pop culture and antiques, the use of the I Ching by the trade minister (Dick’s fascination with and use of the book in his plots is well documented), and the interactions between the Nazi government in America and the Japanese one, with glimpses of Concord-like airliners bearing swastikas, were compelling and compulsively watchable. 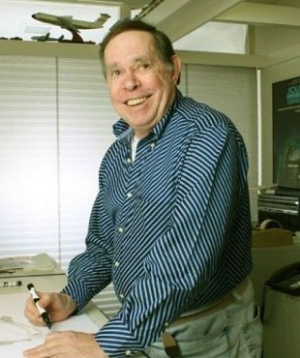 So this is a post about film visuals, and I’m thinking about the topic because another Philip K. Dick novel, Do Androids Dream of Electric Sheep? is suddenly back in the news thanks to the death of a key figure in the movie made from it, Bladerunner. This was Syd Mead, who worked on the 1982 classic directed by Ridley Scott (who also had a hand in Amazon’s take on The Man in the High Castle). Mead served as a concept designer on the movie, a role he had also played in Hollywood creations like Aliens, Star Trek: The Movie and Tron. Here, as with The Man in the High Castle, I am drawn into concept as expressed in breathtaking design, for both film and TV series presented visual delights (although Mead was not involved with High Castle). 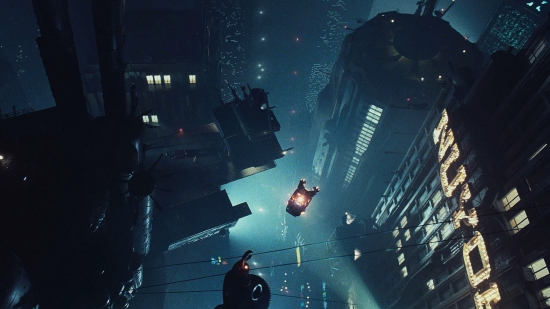 So let’s talk about Bladerunner. I think back to watching the film when it was released, having gone in without any knowledge of it other than that it was set in the future (I had seen some clips on one of the morning TV shows, but had not read any reviews, and didn’t even know it was drawn on a Philip K. Dick novel). I found myself pulled deeply, immersively, into this dystopian 2019 (the year the film was set). This was a Los Angeles like no other, with colossal buildings and streets so far below they were almost subterranean. All wrapped around a plot with elements of Raymond Chandler, and the Harrison Ford voiceover of the original (not the director’s cut). Speaking of that, I am one of the apparent minority that preferred the voiceover version, probably because I’m such a fan of 1940s era film noir.

And then there were those vehicles, all drawing on Mead’s vast experience as a designer for companies like Ford and Philips. Mead spent two years developing concept cars — i.e., vehicles of the future — for Ford Motor Company’s Advanced Styling Studio, and launched his own design firm in 1970. He had clients worldwide, particularly in Japan (Sony, NHK and Honda, among others). His film and animation projects made him wildly popular in Japan, a place that obviously fascinated the man, as witness the Japanese aura of Bladerunner. 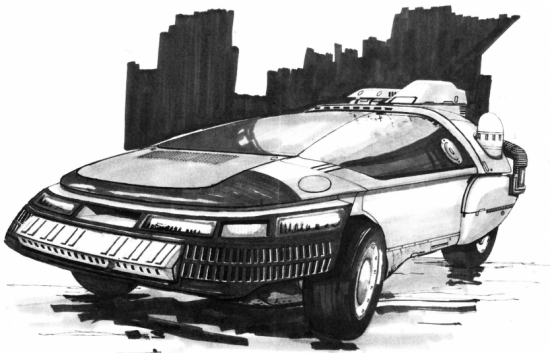 Image: A corporate ‘spinner’ in an early concept drawing from the Bladerunner Sketchbook.

‘Spinners’ wafted the wealthy in the stratified upper reaches of the city wherever they wanted to go, and served the police for their patrols, but these were not the flying cars that have often been conceptualized in science fiction art. Mead’s vehicles were realistic and looked like they had seen plenty of use, utilitarian workhorses with gull-wing, vertically opening doors, with a look that made them equally at home on the street or in the air, where the wheel covers had rotated and the device lifting the vehicle was enclosed within it — no wings or propellers here.

Mead said that Bladerunner was “not a ‘hardware’ movie.’ It’s not one of those gadget-filled pictures where the actors seem to be there only to give scale to the sets, props and effects. We’ve created an environment to make the story believable. The tools and machinery appear only when needed and fit tightly into the plot.”

That quote can be found in the Bladerunner Sketchbook, where you can see how everything from skyscrapers to parking meters emerged, based on principles woven around a fully realized model of the future, one drawing on a career in industrial design. Many of the original production designs here were subsequently modified, offering a rare chance to see how a film’s visuals evolve even as it is in the latter stages of production.

Syd Mead started doing movie concept work in 1978, four years before Bladerunner. As an aside, my friend Al Jackson, who is as good at ferreting out information about writers as associate editor Larry Klaes is at reverse-engineering films, told me that Mead did some concept art for a planned remake of Forbidden Planet that was never made. I wonder where that artwork is today? Al describes Mead’s earlier work as looking a bit like Saturday Evening Post illustrations, but adds that he then began to produce an other-worldly science fictional art unlike anything else in the market at that time. Al sends along a piece called “Race of DGXXX,” though neither of us knows where it originally ran. 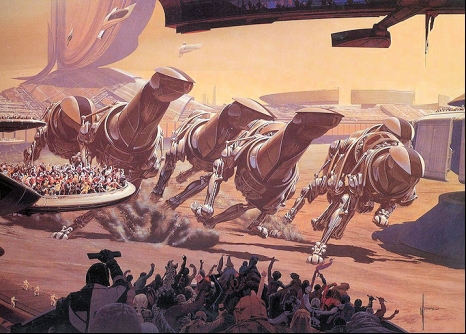 The image below is the one that caught my eye on the morning TV show that was talking about Bladerunner. I was in a motel room somewhere in the Cumberlands in 1982, getting ready to check out and head west, and I remember standing there with my suitcase open on the bed behind me mesmerized by the visuals. This was a movie I had to see, and I did so as soon as possible. 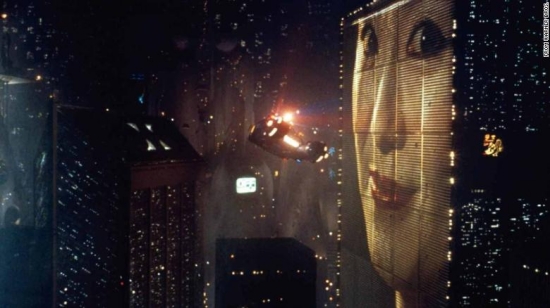 I had never heard of Syd Mead back then and only found out that Philip K. Dick had died by watching the final credits on the film. But I had never seen as fully visualized and boldly executed a vision of the future as this one. Those of us wrapped up in the literature of the imagination and the filming of same have suffered a grievous loss with the death of Syd Mead.

A final thought: Apple TV+ is in the pre-production phase for its version of Asimov’s Foundation, with Jared Harris playing Hari Seldon. It will be interesting to see how the visuals on Trantor turn out!