When one of our Voyagers experiences a blip of any kind, it gets my attention. It’s not like we have any other options outside the heliosphere right now.

Both Voyagers have fault protection software that allows the spacecraft to protect themselves if problematic situations occur. And a problem did indeed surface aboard Voyager 2 on January 25, when there seems to have been a delay in the onboard execution of commands for a scheduled maneuver. The latter was a 360 degree rotation to be executed as a way of calibrating the craft’s magnetic field instrument, and the result of the delay was that two systems that consume power at relatively high levels were operating at the same time.

Not a good idea. Right now, with power dwindling inexorably, the Voyager missions are both dominated by power management. Hence the shutdown of Voyager 2’s science instruments to make up for the power deficit, as reported by the Voyager team on Twitter:

Here's the skinny: My twin went to do a roll to calibrate the onboard magnetometer, overdrew power and tripped software designed to automatically protect the spacecraft.

Voyager 2's power state is good and instruments are back on. Resuming science soon. https://t.co/4buDM32bap pic.twitter.com/4T856Lpxjm

The Voyager team was able to turn off one of the high power systems on January 28, and has now turned the science instruments back on, although data acquisition has not resumed yet. What’s needed is a review of spacecraft status as a check to ensure that returning to normal operations is warranted. What I want to focus on here is the distance this diagnostic work is being conducted at, about 18.5 billion kilometers. Bear in mind that one way communications require 17 hours, with another 17 hours for the response.

Thus 34 hours are required between sending a command and finding out whether it has had the desired effect on the spacecraft. We’re dealing with 1970s technology here, a fact that emphasizes the role that spacecraft autonomy will increasingly play as we push into the immediate interstellar neighborhood, when such operations will need to be handled aboard the spacecraft from start to finish. It’s a tribute to the quality of the Voyager design that we are still able to make the craft function given communications delays that were never anticipated.

We’re also working with two spacecraft whose power supply is heading for exhaustion. The radioisotope thermoelectric generator (RTG) that powers up the Voyagers turns heat from radioactive decay into electricity, but such decay reduces Voyager 2’s power budget by about 4 watts per year. We’ve looked before in these pages at the balancing act this requires of controllers, who last year turned off the primary heater for the Voyager 2 cosmic ray subsystem to compensate for the decrease in power, although the instrument is still in operation. 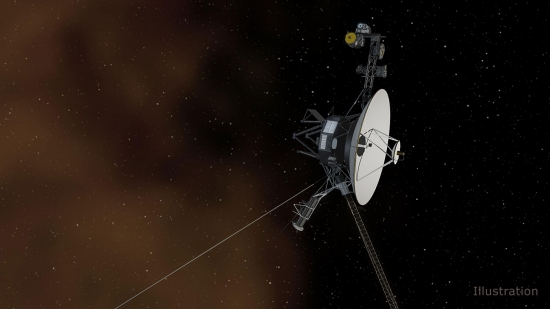 Imagine trying to keep all these balls in the air at the same time, and then factor in the need to manage the temperature of the various systems, which can be manipulated through heaters or excess heat from the various instruments and systems onboard. The critical computer system, radio transmitter and receiver electronics and other instruments would quickly cool to mere tens of degrees above absolute zero without heat management, and now, with the interplay of instruments being shut down, power savings have to be weighed against temperature.

We’re in what NASA calls the Voyager Interstellar Mission, and we have scant time remaining, despite the heroic efforts of controllers, to continue receiving data before the science instruments have to be turned off in their entirety. But for now our first interstellar craft, even if not remotely designed for that purpose, are still communicating and capable of sending data.

Keeping Voyager alive is a tale worth telling and will one day produce a book of its own. For now, though, I recommend Jim Bell’s The Interstellar Age and Stephen Pyne’s Voyager: Seeking Newer Worlds in the Third Great Age of Discovery. Bell slants more toward science and engineering, while Pyne opts for context and philosophy. Someone in the Voyager interstellar team is bound to produce the next book, which will doubtless become a testament to making missions achieve the seemingly impossible.

Next post: As Spitzer’s Mission Ends, First Light for CHEOPS