Of Sails and Supernovae

When we consider pushing a sail to 20 percent of lightspeed, which is the target velocity for Breakthrough Starshot, it’s interesting to think about how laser propulsion differs from sunlight. After all, while constructing a huge laser array presents numerous challenges on Earth, we already have a star to work with, and sail technology that is beginning to be tested in space. Consider, too, that we have operational spacecraft like the Parker Solar Probe that are exploring regions close to the Sun, helping us learn more about heat shields, even as we plan missions like Solar Cruiser, whose sail would enable interesting non-Keplerian orbits near the Sun.

Wouldn’t it be easier to find ways to use our Sun’s own energies to drive our starship by getting a boost from gravitational effects? A closer look reveals the power of solar sails in nearby space (i.e., within the system), while illuminating the problems at interstellar distances.

For getting a solar sail up to the highest possible speeds, we will probably need an Oberth maneuver, which means falling deep into a gravitational well and applying propulsion at the time when velocity in that well peaks, which squeezes maximum effect out of our boost. With a sail, that would mean a so-called ‘Sundiver’ mission, bringing a furled sail shielded by an occulter (perhaps a small asteroid) breathtakingly close to the Sun and then opening the sail at perihelion for the best possible kick.

Depending on shielding and thus how close we can get to our star, we do get a substantial boost over the velocities of our two interstellar Voyagers, one of which moves at just over 17 kilometers per second. We might squeeze 100 kilometers per second out of the Sundiver maneuver, and perhaps a bit more, with future craft using sails made out of new metamaterials achieving even better. But we’re nowhere near 20 percent of the speed of light.

Solar sails certainly have broad applications as we build a Solar System infrastructure, and we can use them with Sundiver maneuvers to get into nearby interstellar space. But if we find long mission times unacceptable, we need to be thinking of alternatives when we mount a true star mission.

Other civilizations won’t necessarily have to work with the same constraints, depending on the kind of star they orbit. I’m always interested in how intelligence might exploit natural objects to achieve interstellar goals, so I took note when I saw Avi Loeb’s latest piece in Scientific American. Loeb (Harvard University), who chairs Breakthrough Starshot, is not one to avoid speculation, without a healthy dose of which we can hardly work with concepts involving SETI and highly evolved civilizations.

So let’s leave the realm of what humans can do with our small G-class star far behind as we consider what sufficiently advanced technologies might attempt. If a culture were to be a billion or more years old, how would we know where to look for it? One way into the problem is to consider the need for energy useful to Kardashev Type II and III civilizations, energy which is available in abundance around certain natural phenomena.

And given the recent attention to Betelguese and the question of when it might become a supernova, Loeb has been moved to consider the power such an event would unleash. The results make working with the flux from a G-class star seem trivial indeed. Even the best Sundiver maneuver at Sol yields velocities that would take hundreds of years to reach the nearest stars. A similar maneuver around the most luminous stars we know might reach 10 percent of lightspeed (not too shabby!). But for maximum kick, a lightsail riding the shockwave of a supernova from a star like Betelguese or Eta Carinae could be pushed to a high percentage of c. 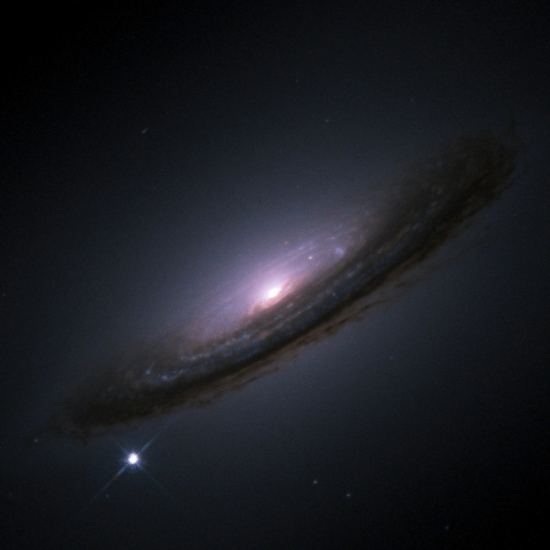 Could a civilization time a supernova explosion accurately enough to ride the shockwave? That’s a question we can’t answer, nor can we say what kind of timeframes such a culture might operate within. Loeb imagines numerous lightsails parked around a star nearing the end of its life, perhaps placed by a civilization nearby, and perhaps left there indefinitely. If this civilization wanted to use the supernova for propulsion, it would still face numerous problems:

First, as in Starshot, the sails must be highly reflective so as not to absorb too much heat and burn up. Second,once the sails are placed in orbit around the massive star, they will be pushed away by the bright starlight or mass loss prior to the explosion. To avoid this danger, one could deploy the sails in a folded configuration and equip them with a switch that would open them up like umbrellas as soon as the explosion flash begins to rise. Third, even though the launch can start from a distance that is a hundred times larger than the size of the exploding star, care must be taken in selecting particularly empty acceleration paths – clear of any stellar debris.

Indeed, given dust particles with a relative speed close to the speed of light, such a sail would have to be folded to reduce the area it presents in the direction of flight as soon as it reached peak velocity. An even wilder prospect: A massive enough star (Loeb mentions Eta Carinae) collapsing into a black hole could produce gamma-ray bursts (GRBs) that would drive the Lorentz factor to extreme levels. Now we’re in range of Poul Anderson’s ‘Leonora Christine,’ the runaway starship in the novel Tau Zero that crosses galaxies in far less than a human lifetime as measured by the crew, while aeons pass outside their rest frame.

We’re in Dyson sphere country here, a reference Loeb himself makes, looking into ways advanced civilizations could harvest high energy sources around them. A Dyson sphere or array, gathering the maximum amount of stellar light, might be found by its infrared signature, so Dysonian SETI, which looks for evidence of ETI in our astronomical records, has a target.

Clément Vidal has also worked this notion in his book The Beginning and the End (Springer, 2014), looking into questions like extracting energy from the accretion disk around a rotating black hole or tapping the power of X-ray binaries. We are also in Olaf Stapledon territory, asking about extraterrestrial engineering that is inconceivable to ourselves, but possibly visible as a SETI signature in the ‘watering holes’ for energy the universe makes available.

It’s hard for me to imagine a civilization with the patience to wait out a supernova explosion to drive a lightsail, but when we’re dealing with technologies that may be several billion years beyond our own, we have no business imposing our own limitations on the cosmos. Anomalies in our observations of supernova remnants would be worth investigating, although Loeb admits to the difficulty of isolating artificial components within them. Even so, dying stars conceivably have reason to be pondered by civilizations advanced enough to make use of their energy.